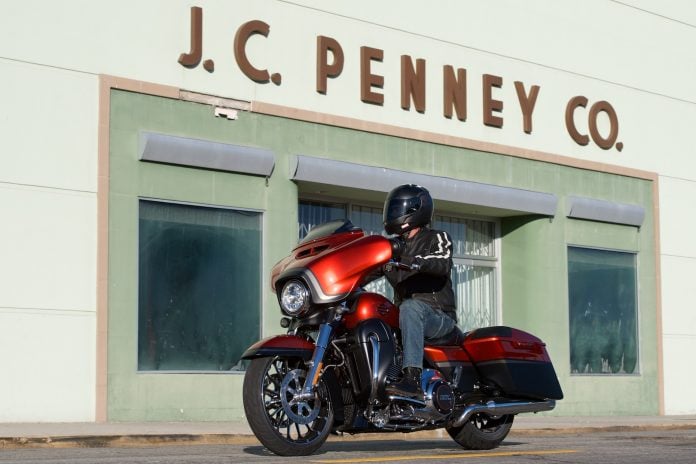 Once I got my hands on the 2018 Harley-Davidson CVO Street Glide, I took off. Much to the chagrin of my boss, I went through a tank-plus of high-test before the photographers could catch me. (Update: Kelly Callan caught up with Don Williams, so now you can see the CVO Street Glide in action)So, you’ll have to enjoy this test of the 2018 Harley-Davidson CVO Street Glide sans action photos. However, I did pull out my Sony A6000 and take a couple of shots to show you where I went on my ride that lasted “from morning, till the end of the day,” to steal a phrase. 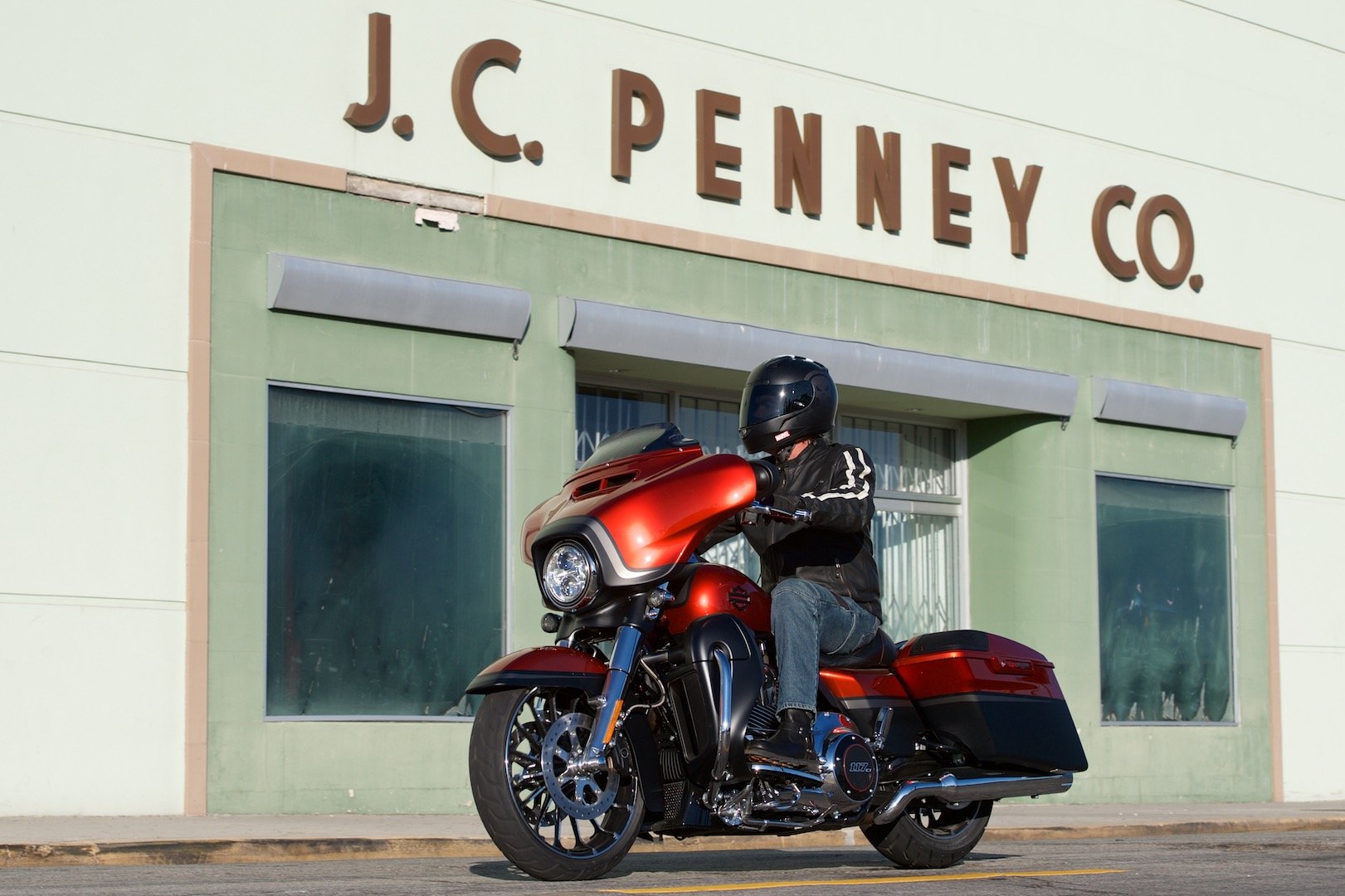 1. The Harley-Davidson CVO Street Glide gets its third motor in three years. The CVO Street Glide went from the Twin-Cooled Twin Cam 110 two years ago to the Twin-Cooled Milwaukee-Eight 114 last year. For 2018, the CVO Street Glide loses water-cooling and gets an oil-/air-cooled Milwaukee-Eight 117 powerplant.2. The new Milwaukee-Eight 117 is a lovable brute. Nearing the two-liter class thanks to a slight bump in the bore, the Milwaukee-Eight 117 powerplant is simply a pleasure. While some of the big-inch CVO Twin Cam motors felt muscle-bound, the Milwaukee-Eight 117 is more than happy to rev right to the 5500 rpm redline, letting the gentle rev limiter do its duty. Engine speed gathers quickly if you want it, so you can over-rev when you feel the need. Most of the time, however, you’ll want to take advantage of the earth-moving 124 ft/lbs of torque pulsating to the tires at just 3500 rpm. It is both a torquer and a revver—perfect.3. With the Twin-Cooled radiators gone, the lowers now house speakers for the Boom! Box 6.5GT infotainment system. I’m not a big fan of listening to music while I’m riding—the wind and husky tone from the exhaust do it for me. However, I can assure you that with 900 watts and Stage II speakers in the saddleback lids, fairing, and lowers, the CVO Street Glide puts out a good, loud sound. 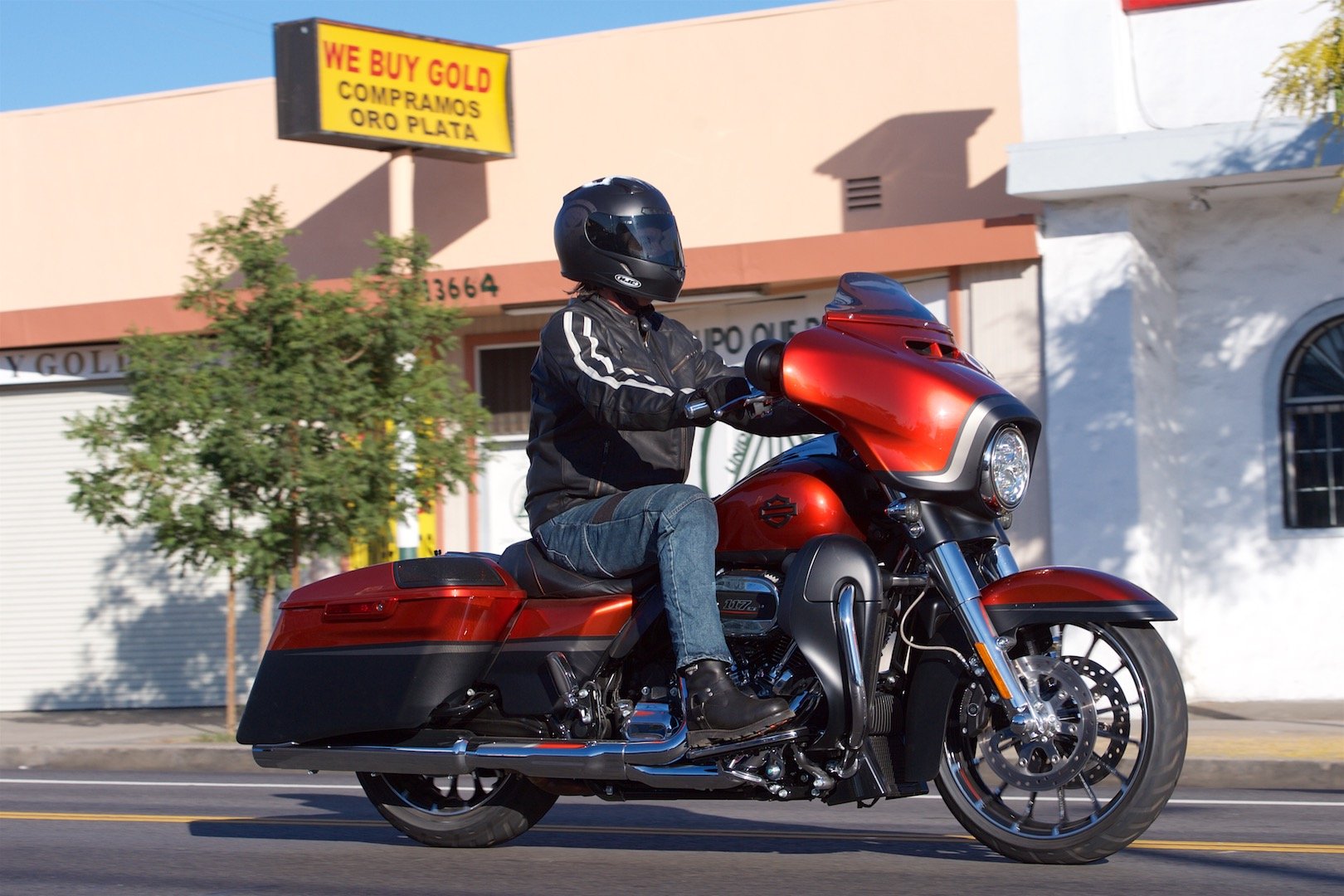 4. The chassis of the 2018 Harley-Davidson CVO Street Glide is unchanged. Now, that could have been a problem with the additional power of the Milwaukee-Eight 117 motor, but there was enough in reserve for the chassis to handle it. Like last year, the CVO Street Glide handles impeccably. Yes, it weighs 877 pounds at the curb with the six-gallon fuel tank topped off, but it is still agile when blasting around in-town. In the twisties, there is more than enough cornering clearance for impressively aggressive riding. On the open road, the CVO Street Glide remains stable and well prepared for a cross-country journey.5. Although it’s a tourer, the CVO Street Glide has fairly taut suspension. The means the CVO Street Glide can handle bumpier roads without drama, yet well-regulated damping means it is not wallowing around. You get a good feel for the road through the entire chassis, including the confidence-inspiring Harley-Davidson branded Dunlop tires. There are cushier tourers—the full dressers fill that notch—yet, the ride comfort of the CVO Street Glide remains high.6. The linked brakes and ABS are exemplary. Unless it is an emergency, there’s really no reason to use the front brake lever. The linked rear brake pedal works just as you would want it to, with the bike slowing down effectively and controllably. I put the pedal to the metal a few times, and the ABS implementation is much smoother than on Harley-Davidsons in the past—it’s quite good now. 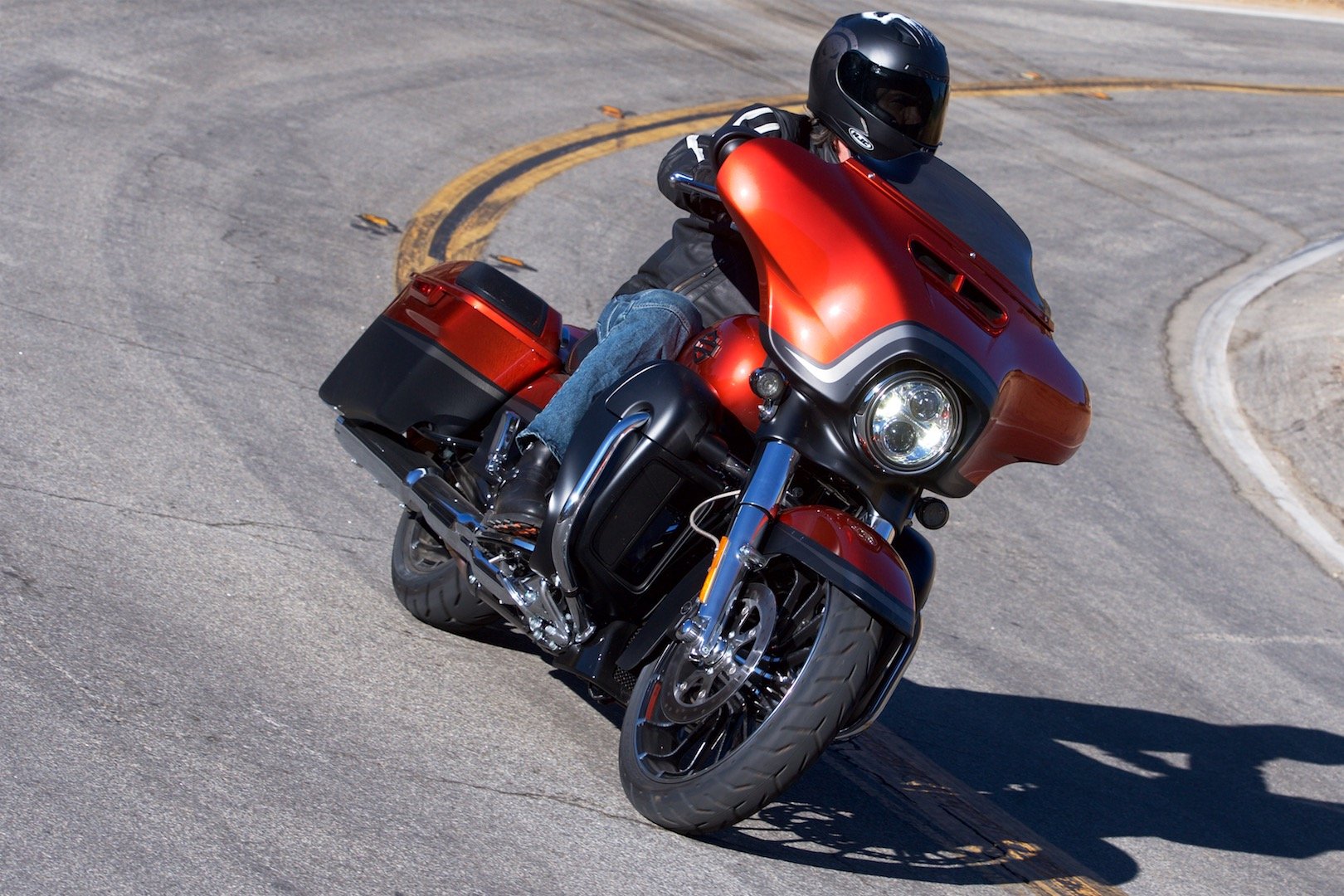 7. The hand controls are for manly men. The hard grips are not comfortable, and my left hand especially didn’t like them. The clutch pull for the Milwaukee-Eight is predictably hard. The late engagement of the hydraulic clutch lever took some getting used to; I’d like to get going as soon as I start to release the lever. The cruise control is easy to operate and fully intuitive.