Fresh off its inaugural race at Daytona Bike Week 2017, Sons of Speed is set for its second race. The sophomore contest will be held on Thursday, August 10, 3 p.m., at The Full Throttle Saloon’s Pappy Hoel Campground racetrack. Tickets are $20.“The first race was a total success,” said Billy Lane, renowned bike builder and founder of Sons of Speed. “Absolutely hair raising, the fans loved it, and we can’t wait to run it again at Sturgis.” 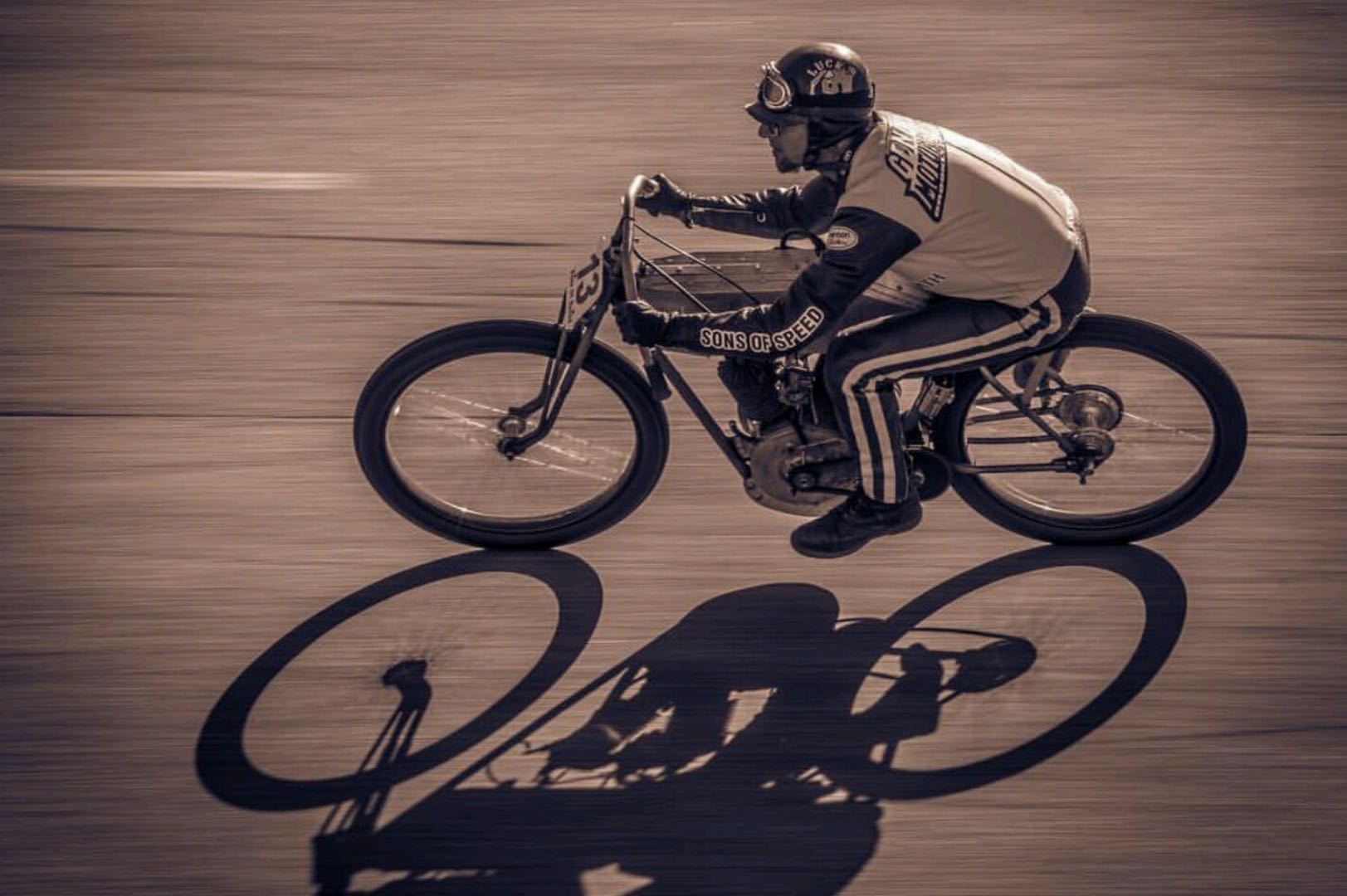 Inspired by early twentieth-century board-track racers, the Sons of Speed race hearkens back to a stripped down, wide-open approach to motorcycle riding. The second race will feature numerous riders in several different heats, and winners of the heats will advance to a championship round.Each racer will sit astride identical hand-built racing chassis holding pre-1925 1,000cc American V-Twin engines, and most racers will customize their machines by fabricating handlebars, exhaust, fenders, foot pegs and fuel/oil tanks.Britney Olsen took home the honors on a 1923 Harley at the inaugural Sons of Speed debut race at Daytona Bike Week earlier this year. On August 10, in Sturgis, SD, many riders will try to knock her off the throne. This is motorcycle racing at its harrowing, blood-chilling best.Check out the Sons of Speed Facebook Event Page for updates and breaking news.About Sons Of SpeedSons Of Speed is a motorcycle race inspired by early twentieth-century board-track racing. Featuring stripped-down bikes with pre-1925 American V-Twin engines and a steeply banked racetrack, Sons Of Speed hearkens back to a wide-open, full-throttle, thrilling style of motorcycle racing. The inaugural Sons Of Speed race will take place in Florida at New Smyrna Speedway during Daytona Bike Week in March 2017. Co-founded by veteran motorcycle bike builder Billy Lane, the first Sons Of Speed race featured twenty of the sport’s most accomplished riders, builders, and enthusiasts, including Buzz Kanter (publisher, American Iron Magazine), Shelley Rossmeyer-Pepe (GM, Bruce Rossmeyer’s Harley-Davidson), vintage racer Brittney Olsen, Warren and Billy Lane, Rick Petko (of American Chopper fame and master mechanic at Orange County Choppers) and Josh Owens of the Moonshiners Television show. For more information on the debut race and to buy tickets, check out the Facebook event page.