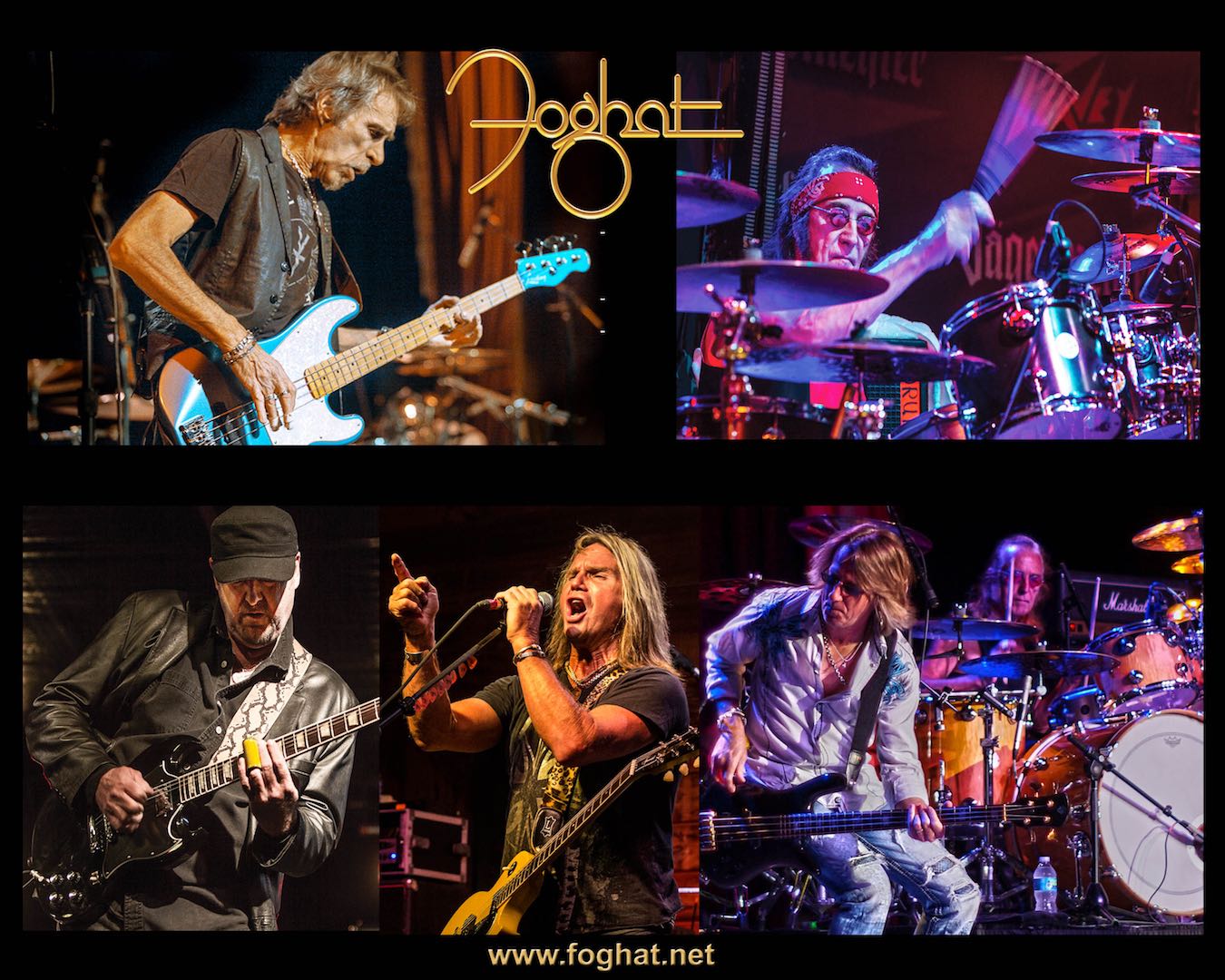 Back for its 16th anniversary rally at the Allstar Events Complex in Gettysburg, Pa., Gettysburg Bike Week kicks off Thursday, July 6, 2017, and runs through Sunday, July 9.“Hard to believe this is the 16th year, but you know what they say about time flying and having fun,” said GBW event coordinator Kelly Shue.This year, GBW is proud to feature English rock band Foghat and premier male revue 50 Shades of Men among this year’s entertainment slate. Both acts perform Friday night. Formed in England in the early 1970s, Foghat has sold millions of records and rocked audiences for decades.

Known for their distinctive slide guitar sound and boogie woogie rhythms, Foghat continues to bombard FM airwaves to this day with classic rockers like “Slow Ride,” “Fool for the City” and their hard swinging version of Willie Dixon’s blues banger “I Just Want To Make Love To You.” You can’t help but shake what you got when Foghat hits the stage.And for the ladies, GBW is happy to welcome the best male burlesque show in the country. Composed of national and international touring Chippendales past members, 50 Shades of Men is the premier male revue performing today, delighting women everywhere with “disarmingly sexy, yet very tasteful routines. Designed exclusively for women [they] combine a perfect blend of music, hot dance moves and sensual theatrics,” and the ladies are sure to love it.Other top-flight music acts for this year’s rally include the Hank Williams, Jr., tribute band All My Rowdy Friends and country music sensation Craig Campbell; both play the Budweiser Main Stage on Thursday night. And on Saturday evening, Blizzard of Ozzy, the country’s preeminent Black Sabbath and Ozzy Osbourne tribute band, and 80s hard rockers Warrant will be bringing it to the people.And of course that’s just the tip of the entertainment iceberg, because legendary emcee Jack Schitt is back again to perform master of ceremonies duties throughout the week on the Budweiser Stage, Gin Gypsies will be slinging the drinks, and this year’s rally will feature a cornhole tournament (directed by York Adams Cornhole). Expect performances by the International Bikini Team as well, heavy competition in the Cycle Source Ride-In Bike Show, Ride and Rodeo; the Parade of Chrome; and that perennial crowd-pleaser, the GBW wet T-shirt contest. One, two and four-day passes are available here.And, of course, no rally would be complete without great riding, and Gettysburg has some of the best. Whether riders want to see historic battlegrounds or just hit the road for a great cruise, hundreds of miles of the best riding in the East surrounds Gettysburg. In addition to fantastic solo riding, GBW also features awesome group rides and the Pink Journey of Lights and Stars of Hope Charity Rides.Pricing for Gettysburg Bike Week is as follows:New and returning riders can find updates, the schedule of events, lodging information and anything they ever needed to know about Gettysburg Bike Week by visiting http://www.gettysburgbikeweek.com.About Gettysburg Bike WeekGettysburg Bike Week is Eastern Pennsylvania’s definitive motorcycle rally, featuring great national music acts, historic riding and hospitality that you can only find in a city with this much history. For more information on the Rally, including scheduling, lodging options, and more, visit www.gettysburgbikeweek.com. Follow them on Twitter: @GburgBikeWk. To contact Gettysburg Bike Week, e-mail gbwvendor@yahoo.com.