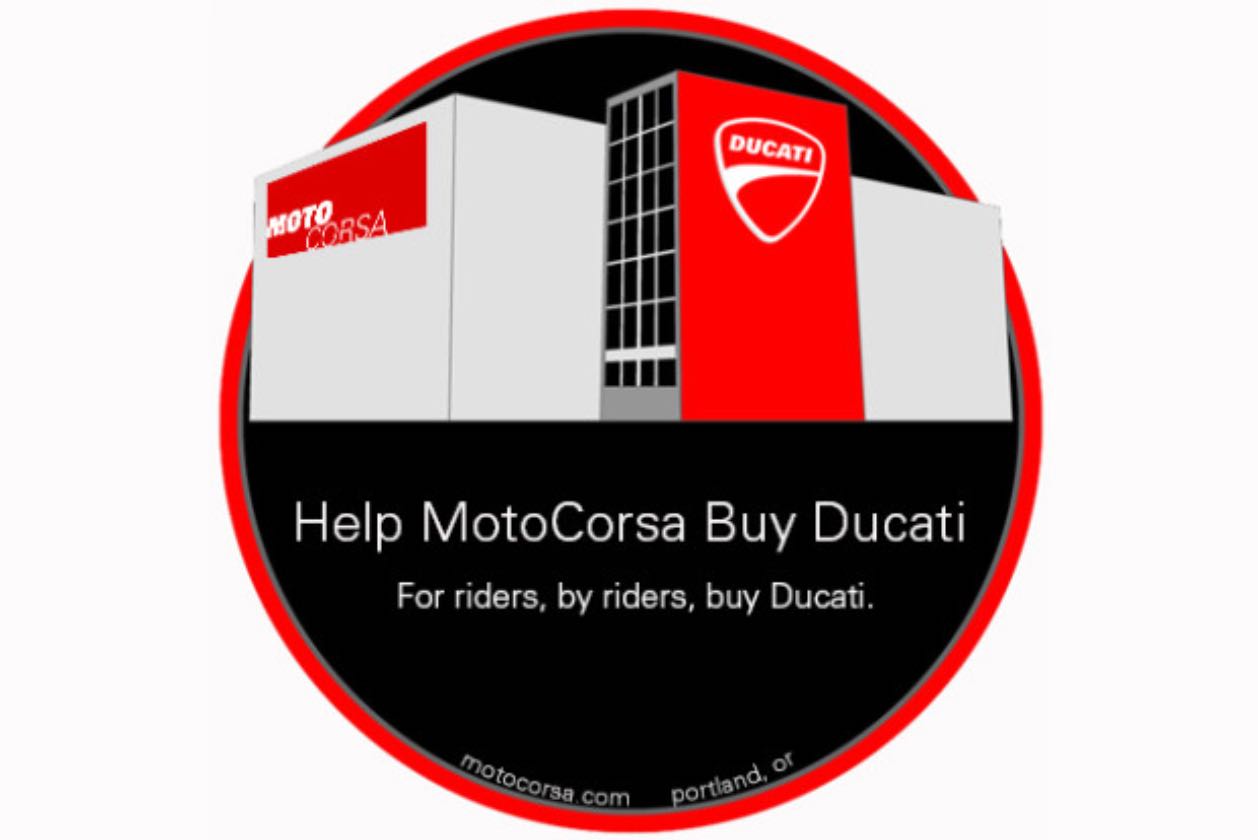 Established in 2000 out of Portland, Oreg., MotoCorsa quickly became one of the United State’s most recognized Ducati dealers. Besides a strong focus on customer service and motorcycle maintenance, MotoCorsa also held nothing back with its marketing efforts.And now, the same guys who build the dirt-ready 1199 TerraCorsa have launched a crowdfunding campaign via Indiegogo to purchase Ducati from it’s current owner, Audi AG.

Yes, this “serious” campaign has caused some laughter. And in MotoCorsa fashion, it’s backed up with playful pictures and swag. With as little as a $25 donation, you can own practically no percentage of the Bologna-based motorcycle manufacturer.This Indiegogo Ducati campaign was launched after rumors began thickening about Audi AG selling off Ducati for around $1.5 billion to recover from  Volkswagen diesel emissions scandal, which costs the Germany-based company in the neighborhood of $18 billion.In its Indiegogo campaign, MotoCorsa says:“The motorcycle industry has valued Ducati Motor Holding S.p.A.  at $1.6 billion, and while it’s a bit more than we had budgeted, with your help we think we can raise funds to buy the company.“Big corporations have had their turn running Ducati and now it’s time for a scrappy little motorcycle shop from Portland, Oregon to have our shot. We need your help to make it happen.“Kick in some cash and help us buy Ducati. Each $25 gets you .0000015625% of the company! Besides your shares, you’ll get some fun stuff, too! Everything from a commemorative sticker set to a brand new Ducati motorcycle and more!”Cheers to MotoCorsa from bringing some fun to yet another Ducati buyout story.Ducati, which was bought out by Volkswagen in 2014, had a record-breaking year in 2016, selling over 55,000 motorcycles to customers worldwide. Growth was positive across all markets, including in America, which is Ducati’s largest market where nearly 8,800 bikes were sold. 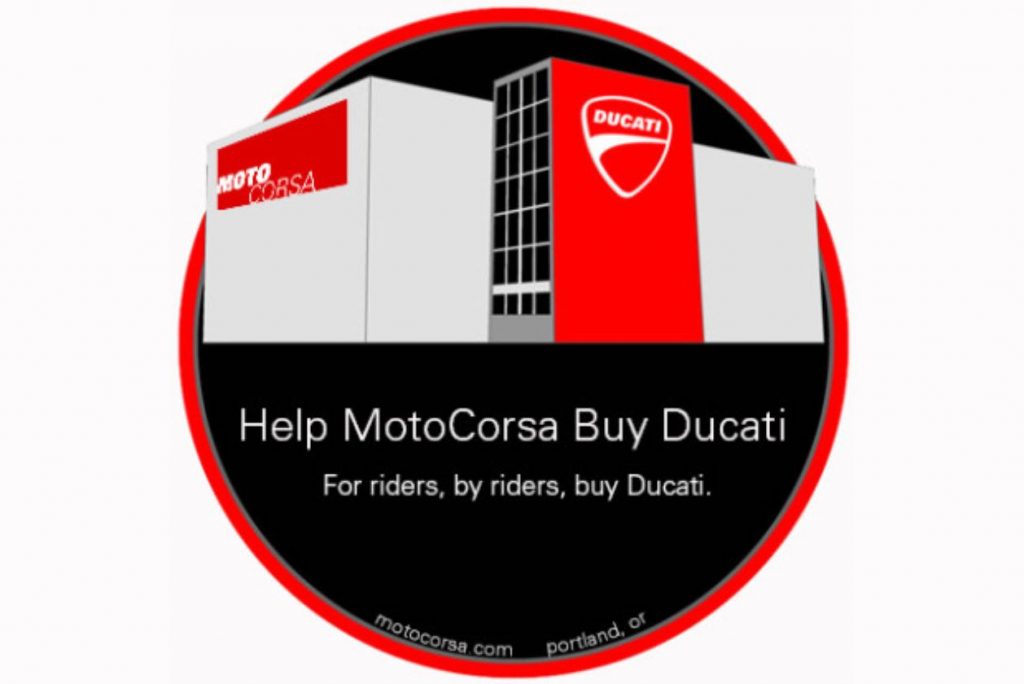