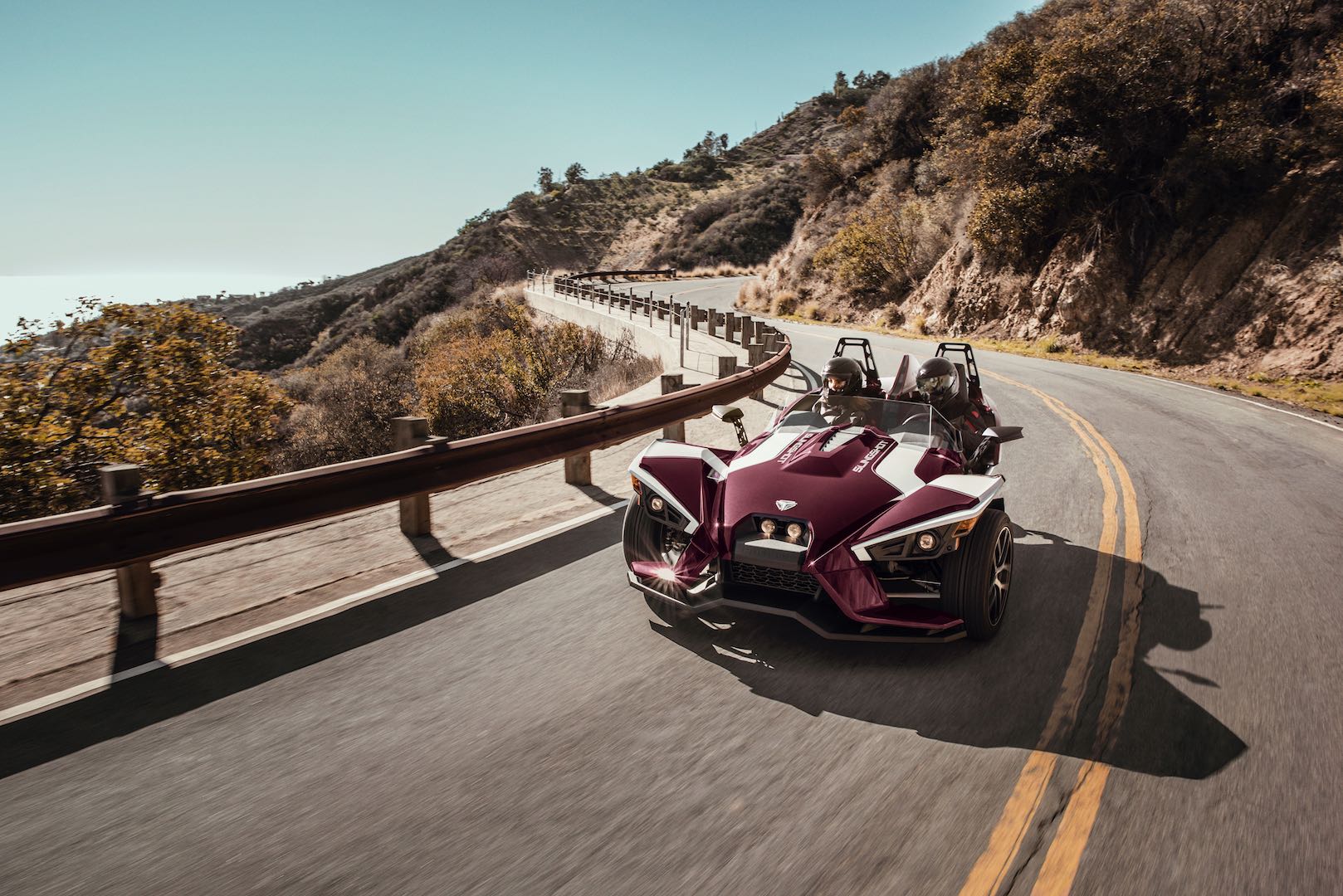 Since the introduction of its radical three-wheeled Slingshot in July 2014, Polaris has been on campaign of constant expansion of options and improvements in the Slingshot line.In 2016, for the 2017 model year, the Slingshot SLR was added to the model line. The SLR includes forged aluminum wheels, 18” up front, 20” at the rear, a 305mm-wide rear tire (40mm wider than the standard tire on the basic Slingshot and SL models), Sparco touchpoints such as an aluminum shift knob, pedal covers and steering wheel in the cockpit, and a two-tone paint scheme with full-body graphics. Other SLR features include an open air intake, composite brake rotors and an interior LED lighting kit. The SLR offered two color options, Orange Madness and Turbo Silver.The 2017 Slingshot SL lineup rolled out two new colors– Sunset Red and Black Pearl – as well as upgraded features and vehicle enhancements. In all, Polaris added 31 new accessories for the Slingshot in the 2017 model year, including the T-top styled Slingshade to put a transparent roof over your head.Now, the SL part of the Slingshot lineup has another option, the SL LE Midnight Cherry. This new LE includes the exclusive Midnight Cherry Paint, white pearl accents with exclusive graphics, waterproof pleated comfort seats with accent stitching, standard cold air intake and clear windshield. Other featured creature comforts include an Infotainment center with back-up camera and Rockford Fosgate premium audio system.The Midnight Cherry edition retains the proven Slingshot power package with a 173 HP 2.4 Liter DOHC, 4 cylinder engine that delivers 166 ft-lbs of torque to the 5-speed manual transmission. Fuel capacity is 9.8 gallons/37.1 liters. 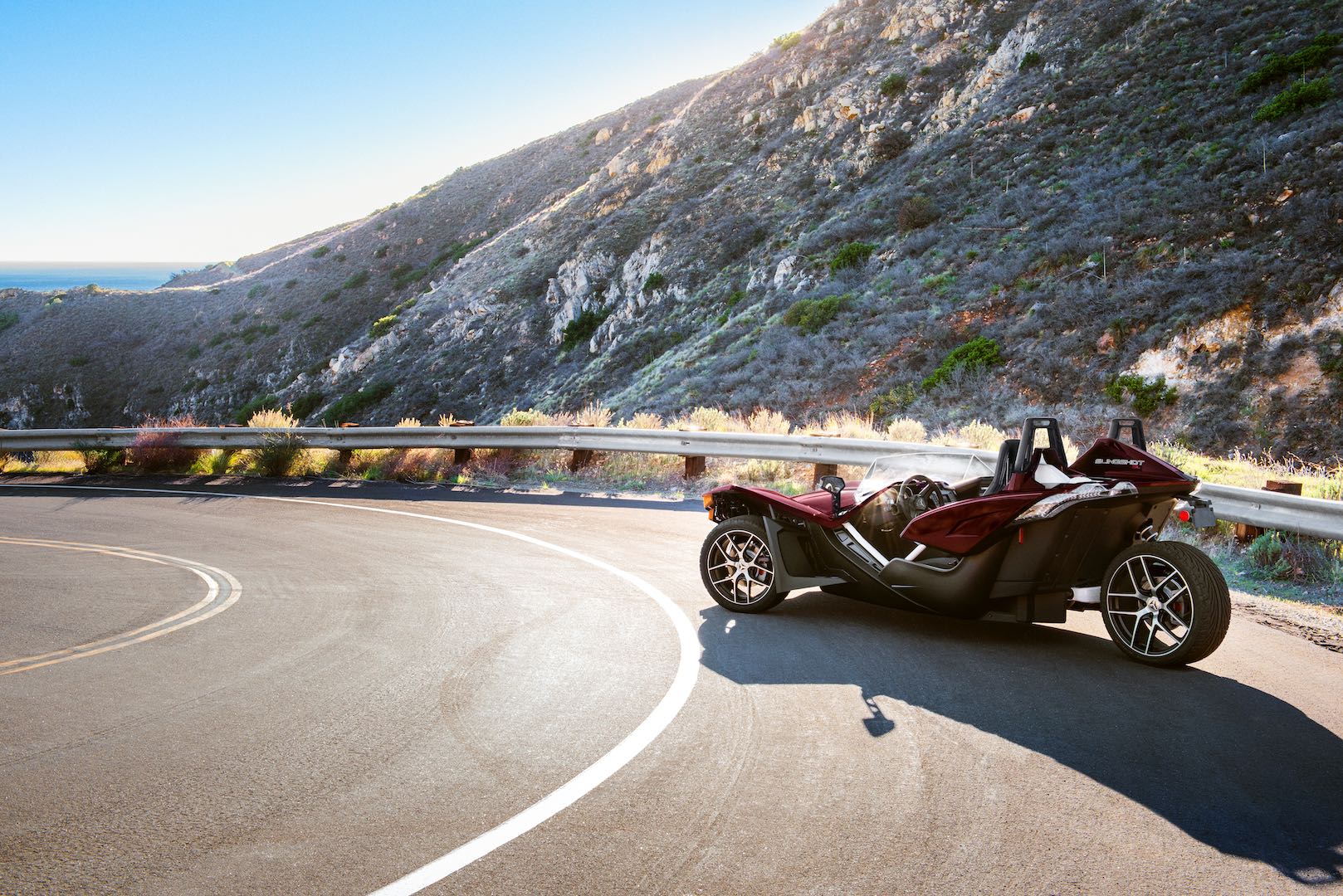 Command and control is accomplished with electronic power assisted steering, anti-lock brakes, electronic stability and traction control (ESC).“We are excited to introduce the SL LE Midnight Cherry, as it delivers the ultimate three-wheeled experience for riders,” said Kevin Reilly, Slingshot Marketing Director. “This limited edition model was created for riders to discover the exhilaration and adventure of the open road in the most luxurious and stylish SL available, while not compromising comfort.”Manufacturer’s suggested retail price (MSRP) starts at $26,999 California MSRP is $27,299.For more information about Slingshot visit PolarisSlingshot.com. Follow at Facebook.com/PolarisSlingshot, @Slingshot on Twitter and @polarisslingshot on Instagram.