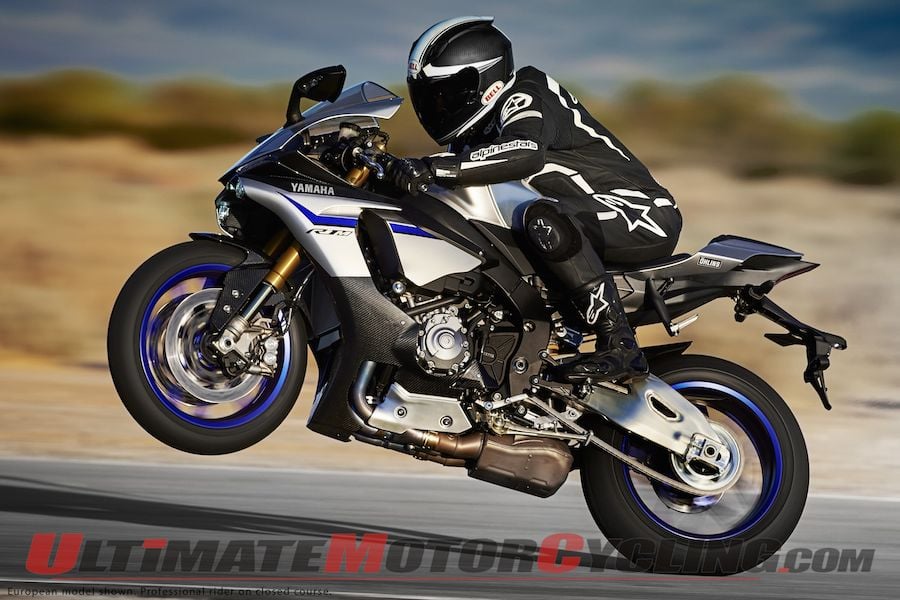 2015 Yamaha YZF-R1M First Look PreviewThe first line in the literature about the 2015 Yamaha YZF-R1M is what gets your attention. It states, “The 2015 YZF-R1M is a production Superbike that’s as close as you can get to a street-legal M1 MotoGP bike, effectively blurring the line between the two.”Images of Jorge Lorenzo and Valentino Rossi flash before your eyes, no?The limited-edition YZF-R1M was unveiled at EICMA motorcycle show in Milan alongside the all-new YZF-R1. Both bikes get an updated 990cc crossplane-concept engine (no horsepower numbers reported) featuring titanium connecting rods, and a host of new electronics, including a quickshifter, Launch Control, ABS and a Unified Braking System.Both bikes also feature a new six-axis Inertial Measurement Unit (IMU), similar to what Ducati unveiled on its new 1299 and Multistrada, and KTM introduced on its 1190 Adventure. This allow the Yamaha to have Traction Control at lena angle, along with Anti-Wheelie Control and Slide Control.But the R1M is updated with a host of MotoGP-inspired racing parts, including Ohlins Electronic Suspension (ERS). Yamaha also adds carbon-fiber bodywork, specially-designed Bridgestone rubber (120/70 ZR17 front; 200/55 ZR17 rear), a Communication Control Unit (CCU) with GPS for garnering ride data, a clear-coated aluminum fuel tank, gold-colored brake calipers, a polished aluminum swingarm, and special badging.The YZF-R1M will be available in one color combo – a Yamaha MotoGP race-inspired Carbon Fiber/Liquid Metal.All of this comes with a price, though; the YZF-R1M retails for $21,990, $5,500 over the standard YZF-R1 ($16,490). And if you want one act quick; only 500 are being produced. The bike arrives in dealerships February 2015.Following are the features and specs of the new 2015 Yamaha YZF-M1:2015 Yamaha YZF-R1M Specs: