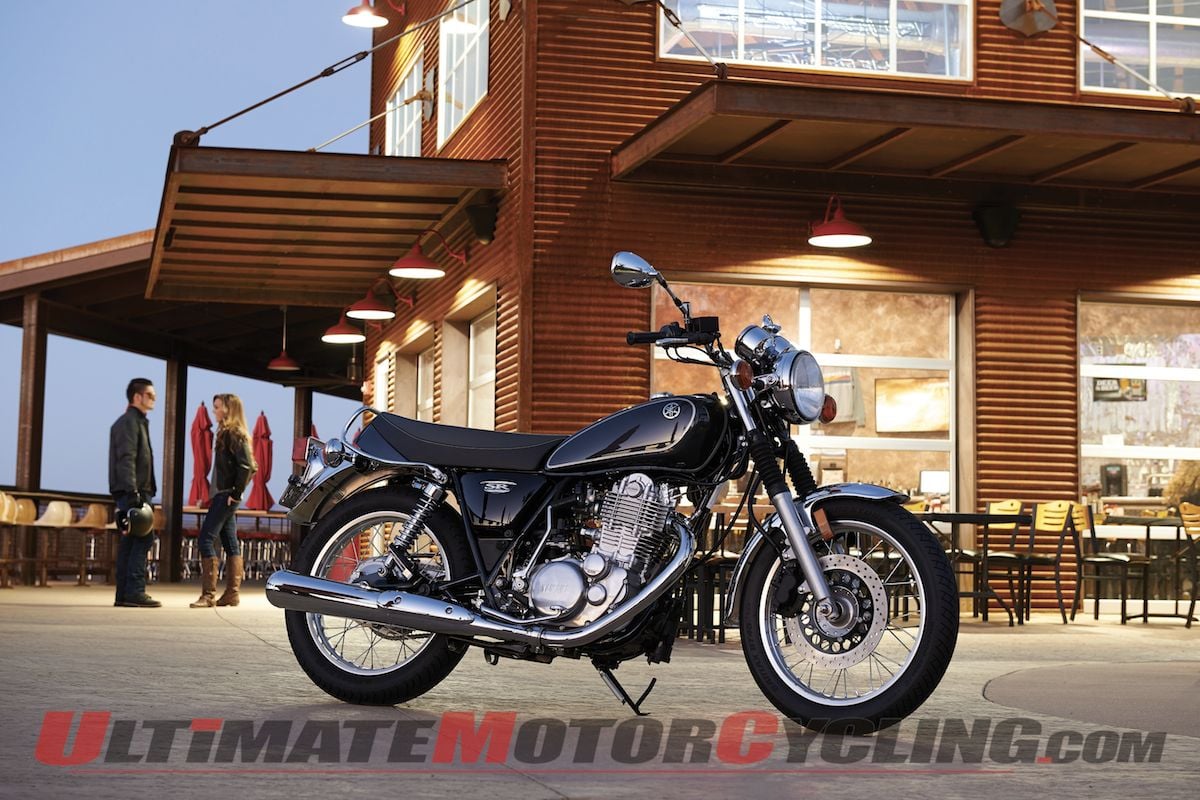 2015 Yamaha SR 400 PhotosEarlier this month, Yamaha unveiled an early-2015 release – the SR400, a retro-styled standard.The SR400 was previously available only in Japan, but Yamaha has decided to bring it stateside for 2015 due to the popularity of standard-styled motorcycles to newbies and the hipster demographic.The SR400’s older brother, the SR500, was available in North America from 1978-1999, but that was the last time Yamaha offered an SR in the US.The 2015 SR400 arrives with simple 399cc single-cylinder engine with fuel injection, and a friendly 384-lb. wet weight. The styling is completely retro, and so is some function, such as the kick start (no electric starting). But like other SR models, the SR400 features a compression-release valve for easy turnover.Attached above is 2015 Yamaha SR400 photo gallery. Each image also makes great wallpaper. To download as wallpaper, simply right click the desired thumbnail and save to desktop background.For a preview of the 2015 Yamaha SR400, including full specs, check out our SR400 Preview.