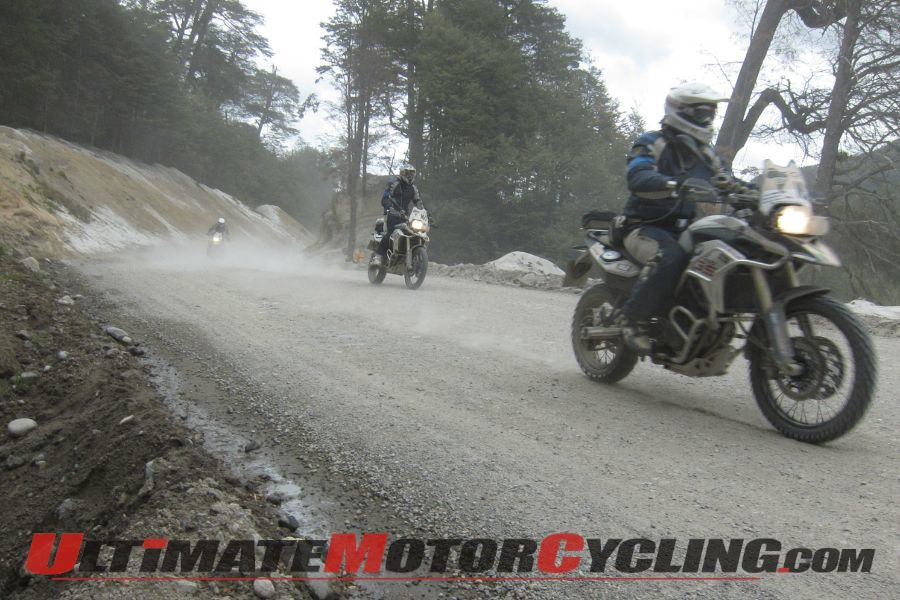 2012 BMW GS Trophy VideoThough it rained and the riders representing 15 nations had some issues crossing the border from Argentina into Chile, the fifth day of the 2012 BMW GS Trophy presented no major challenges.And the rain was actually a good thing; it kept dust clouds down, giving riders a relatively clear view for the first time of the event.The fifth of eight stages was supposed to have a special test after the riders arrived in Huilo-Huilo, but the event was postponed until Saturday due to the inclement weather.Due to this, following a 400-kilometer day of travel, the leaderboard remains the same, with Team Germany holding a nine-point lead over Argentina. In third, two points behind Argentina is Team France.Attached above are video highlights of day five in the third edition of the BMW GS Trophy. For a review of the event, click here.