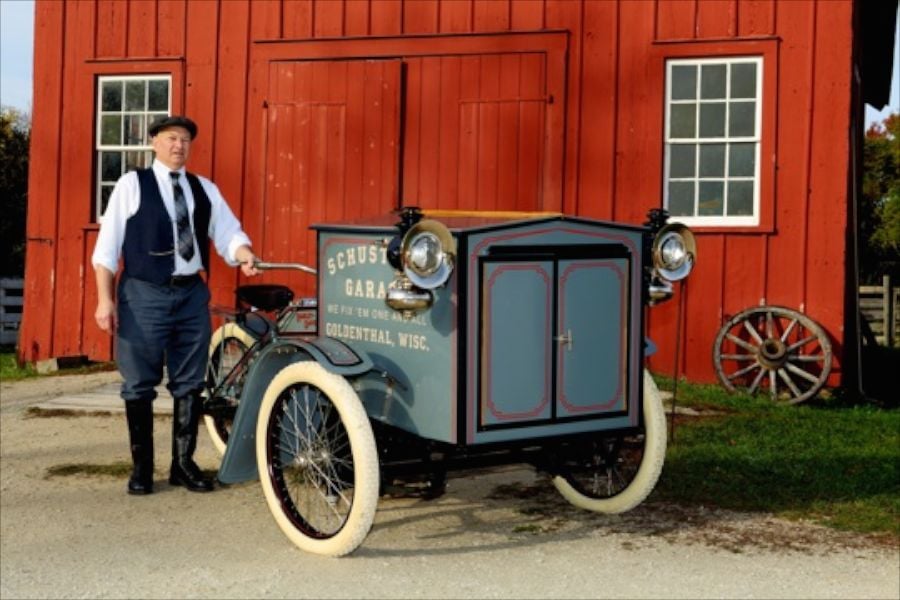 Calling a film a “documentary” can typecast the thing as a dry, unimaginative recitation of facts, figures, dates, and times. Such is not the case with Walter: The Missing Link —Discovery of a Centennial Motorcycle.This latest release from writer/director/producer James Cutting is an absorbing account of the long history, preservation, recovery, and restoration of a 1913 Harley-Davidson 9G Forecar, eventually named Walter. 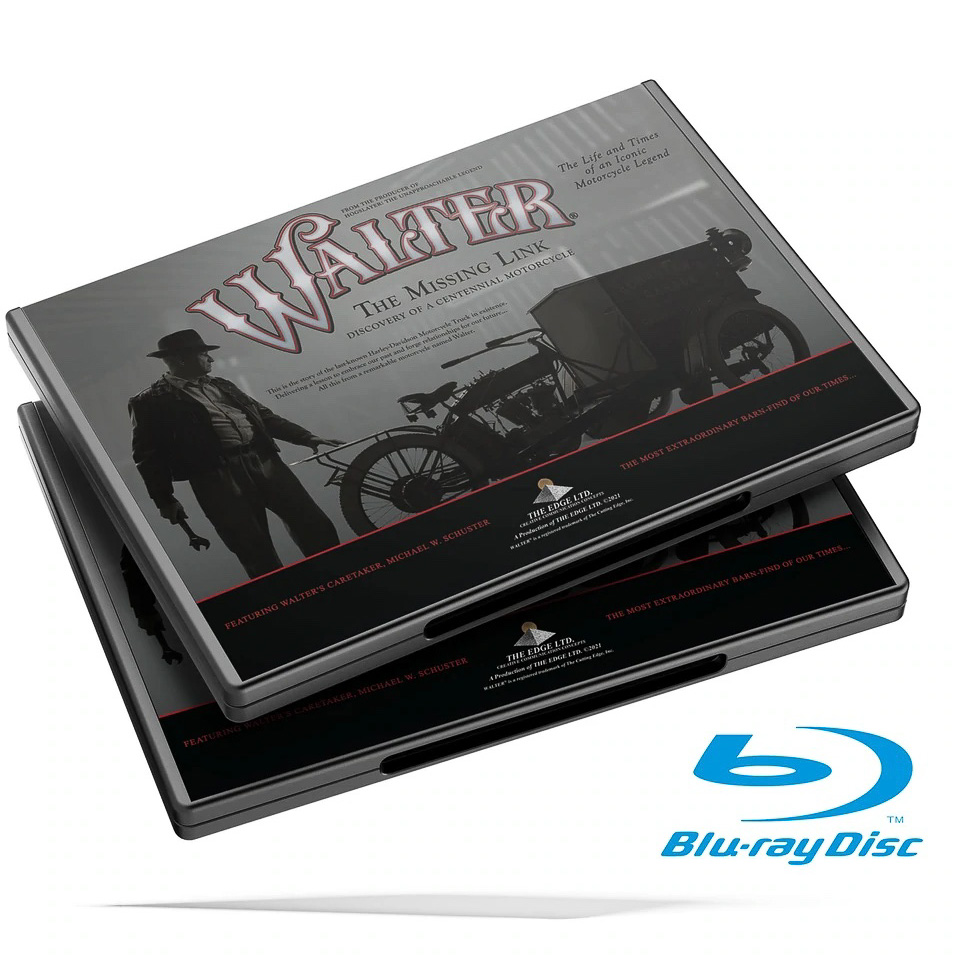 The film provides an overview of three-wheel vehicles and various configurations that have been used. From that technical introduction to where the Forecar fit in, the history specific to Walter is recalled.This particular machine was purchased new by Lemke Electric of Milwaukee—one of Harley-Davidson’s original equipment suppliers for electrical components—which Lemke delivered in their new Forecar.The next owner was Joe “Ally” Schuster, a skilled mechanic who owned Schuster’s Garage, who had long-held plans for the complete restoration of the machine. As is often the case for such projects, day-to-day life got in the way, and the Forecar sat in the haymow of a barn for 40 years. 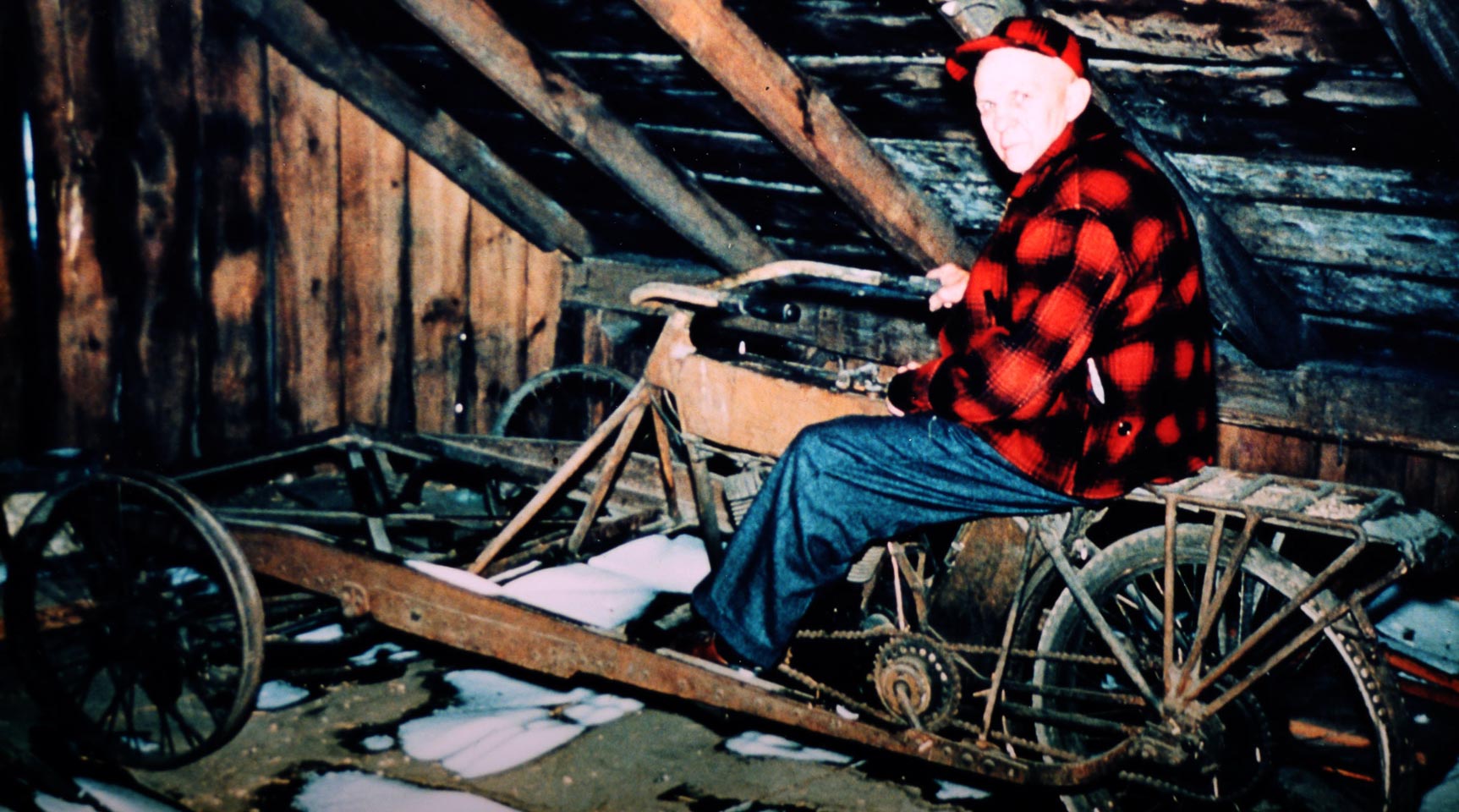 Finally, in 1964, Schuster and his old friend Rich Dickinson got the machine out of the haymow and began the restoration process in earnest. About that time, word of the existence of a 9G model Forecar reached Walter C. Davidson—of the founding Davidson family—at Harley-Davidson.Given the fact that up until that time, even Harley-Davidson experts believed that none of the 9G Forecar models survived, Davidson was extremely interested in Schuster’s project. Acquiring it became an objective for Davidson, so he invited Joe Schuster and grandson, Mike, to visit the Harley-Davidson offices and plant in Milwaukee.After being given the facility tour and the royal treatment overall, Davidson got down to business, offering Joe $20,000 cash, any brand-new Harley-Davidson motorcycle he wanted, and any accessories and apparel he wanted in exchange for his Forecar—as is. 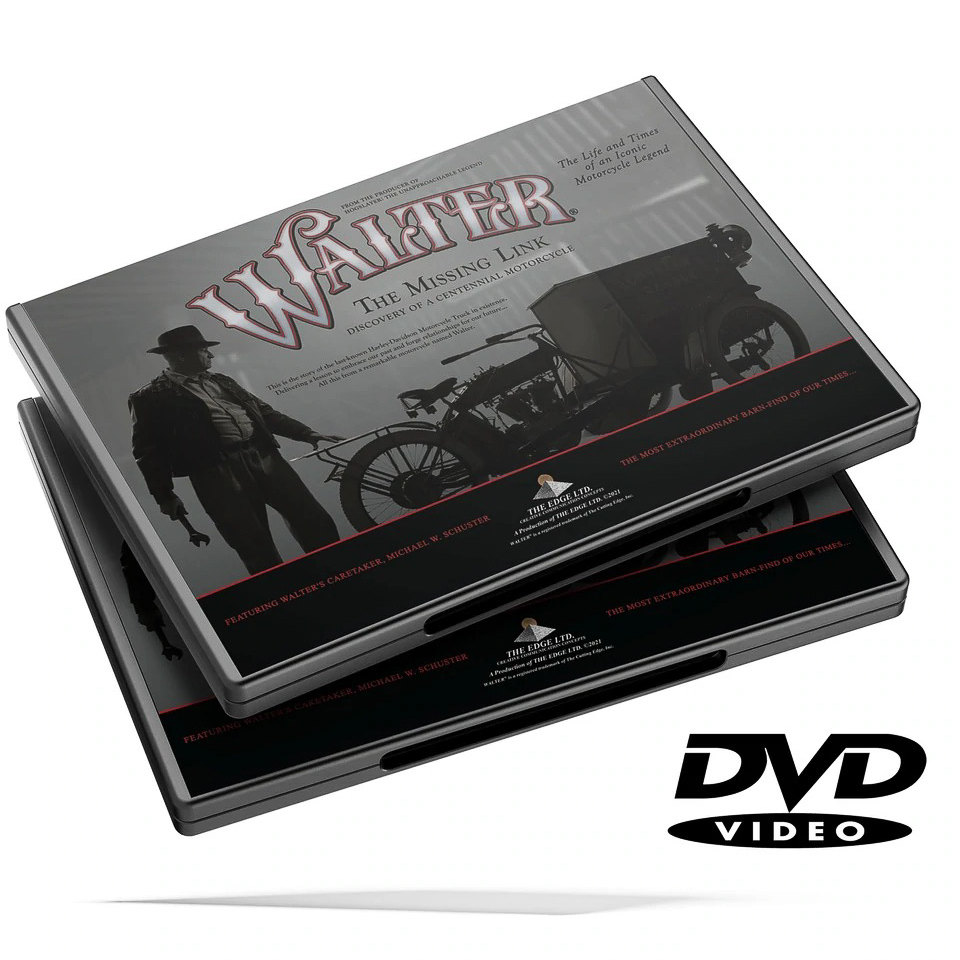 Tempting as the offer must have been, Joe declined, explaining that he planned to complete the restoration with grandson Mike. That level of commitment to the project by Joe resulted in Mike carrying the project on with equal devotion after Joe’s death in 1967.Cutting reveals the remarkable work done by Mike and the many skilled artisans he brought in on the restoration project over the next 20 years. There were also some interesting turns with a bit of mystery in the story concerning parts and components—the Troxel leather saddle, for example.Sometime early in Walter’s history, the original leather spring saddle went missing—presumed stolen. Years later, the saddle was returned—in near-new condition—becoming one of the few components in the build that needed virtually no additional repair work and with no definitive explanation for its disappearance. 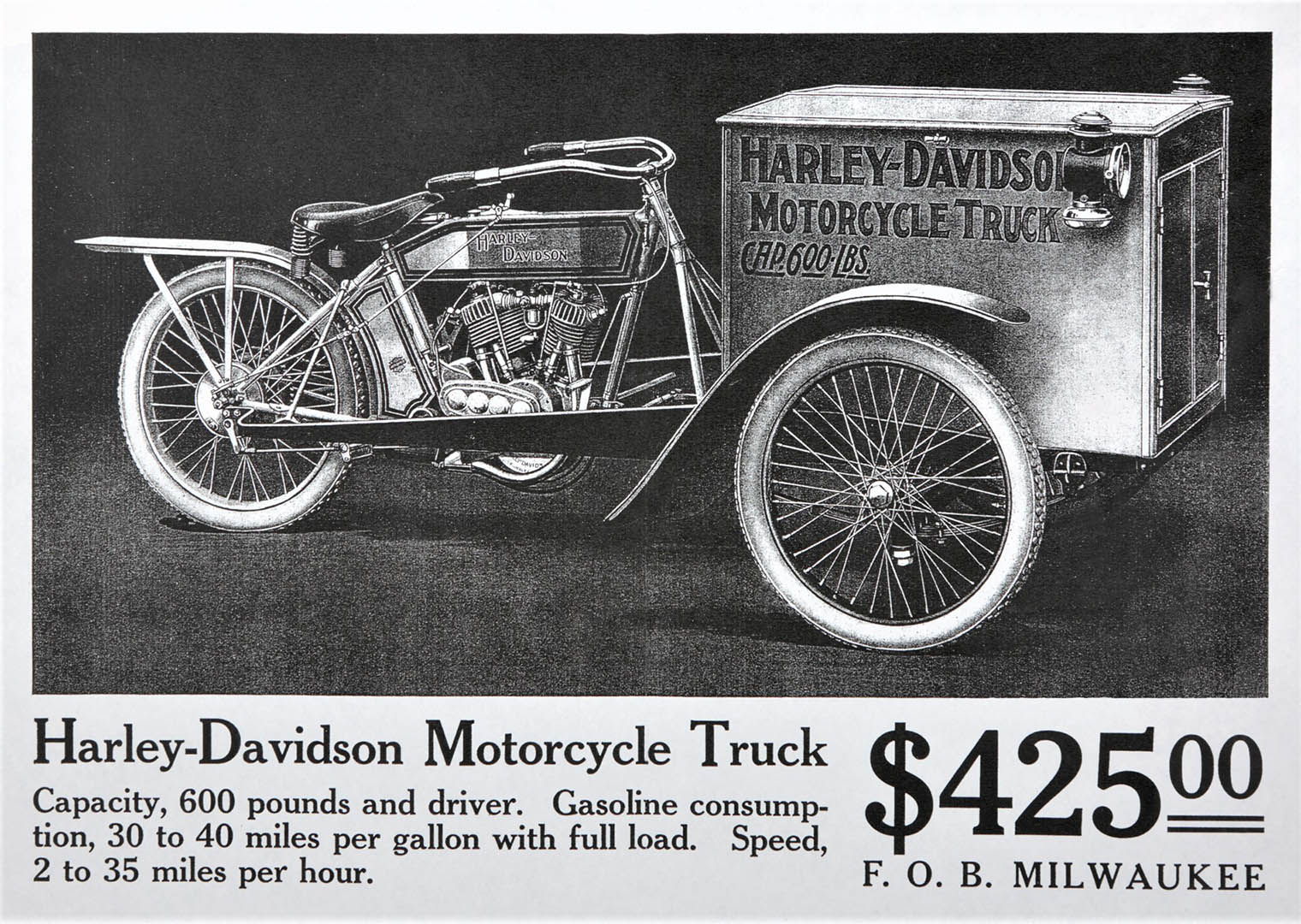 In 2000, Mike was diagnosed with cancer, and the resulting medical costs forced him to consider selling the Forecar. He began seeking advice and appraisals on the potential value of the machine. Estimates ranged from $600,000 to $1.2 million, even though the vehicle had not yet been fully reassembled.During this process, Mike met several key people in the eventual sale of the machine, and it became known to producer Cutting. Indeed, it was Cutting who suggested the nickname “Walter” for the historic Harley-Davidson and helped locate a new owner.In a unique twist in the reassembly part of the story, Mike was given an area in the Washington County Historical Society Museum to complete the reassembly process in full view of the public. 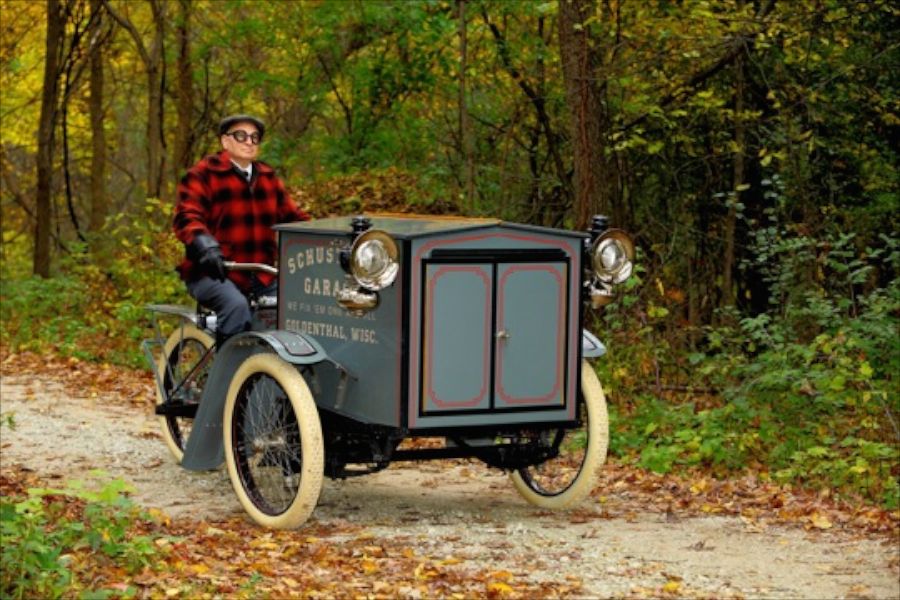 In 2013, as part of the Harley-Davidson 110th Anniversary celebration in Milwaukee, Walter was displayed at the H-D Museum. From 2014 through 2018, Walter was on display at the National Motorcycle Museum in Anamosa, Iowa.In 2018, classic motorcycle broker Glen Bator of Bator International was brought in to assist with the sale of Walter. The following year, Walter’s sale to Nick Felgate of Calgary was concluded, but that wasn’t the end of the story.Up to this point, despite being physically reassembled and mechanically complete as original, Mike Schuster had decided not to start that incredibly rare engine during his time as owner. 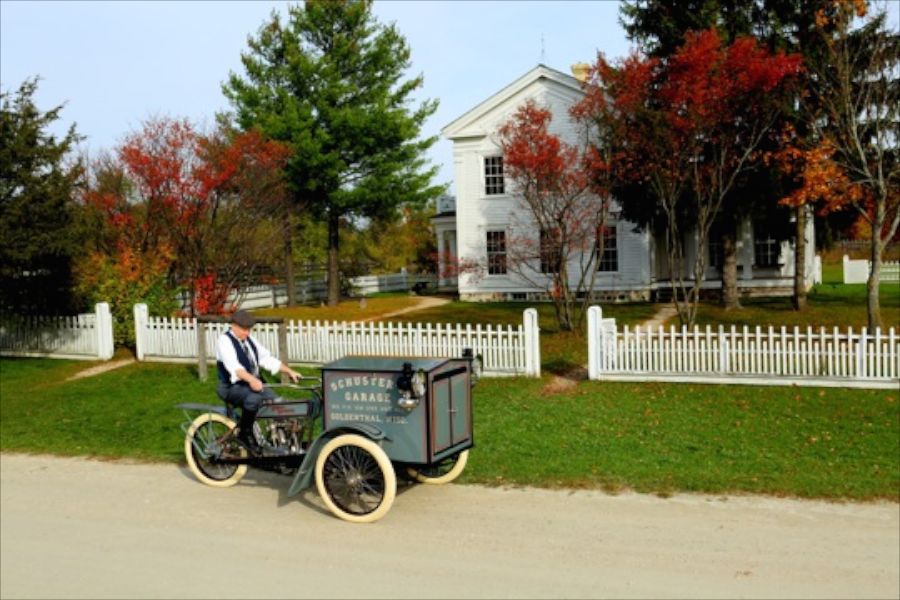 The Felgates, as the new owners, felt it would truly bring Walter’s story to a fitting conclusion if the machine could be restored to running status. In yet another ironic twist to the tale, the original Bosch magneto was found to need rebuilding—it was one of the types of electrical components Lemke Electric would have used Walter to deliver to the Harley-Davidson plant back in its working days!Thanks to some cross-border heroics, a rebuilt Bosch ZEV magneto was procured on short notice and installed. With Mike Schuster doing the honors on the pedal-starter, the ancient engine fired to life once more. 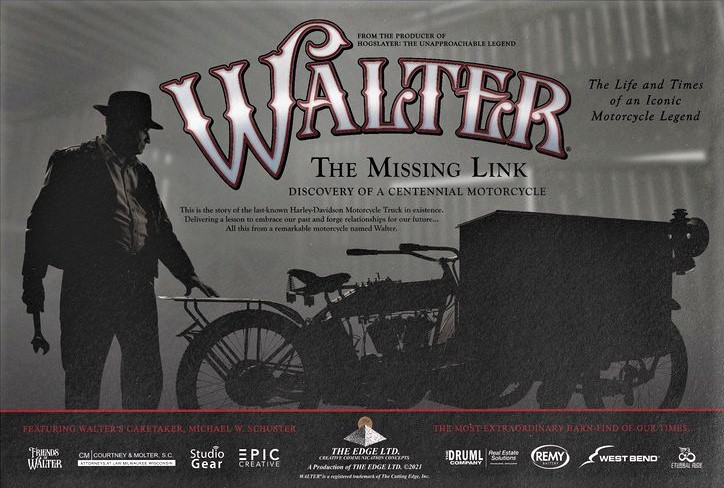 Walter: The Missing Link —Discovery of a Centennial Motorcycle includes comments on the machine by numerous figures, including Jay Leno, and presents the story of a one-of-a-kind machine, its long, winding road to restoration, and its place in the history of a community, a company, and a family.While you can download the movie, or buy the DVD or Blu-ray Disc, if you want to watch Walter: The Missing Link —Discovery of a Centennial Motorcycle on the big screen, the documentary will be shown at the Barrymore Theater in Madison, Wisc., as part of The Slimey Crud Motorcycle Gang Film Festival in the Spring of 2022.