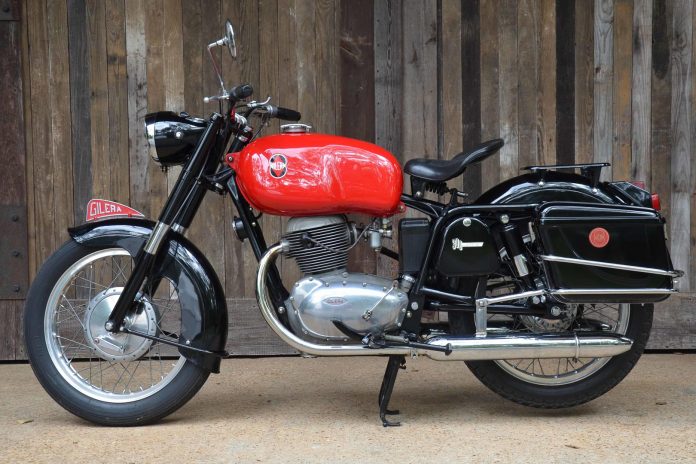 Sinless Cycles out of Woodworth, La., is a renowned custom shop. It looks like the garage got a bit full, so they’re putting up 14 motorcycles on the auction block at Mecum’s Las Vegas 2021 event. Usually, the Mecum Las Vegas auction is in January. However, in these fun-house mirror times, the 1750-motorcycle auction will be held from April 28 to May 1. Anyway, I’ve picked out my Top 7 favorites from the Sinless Cycles Collection. 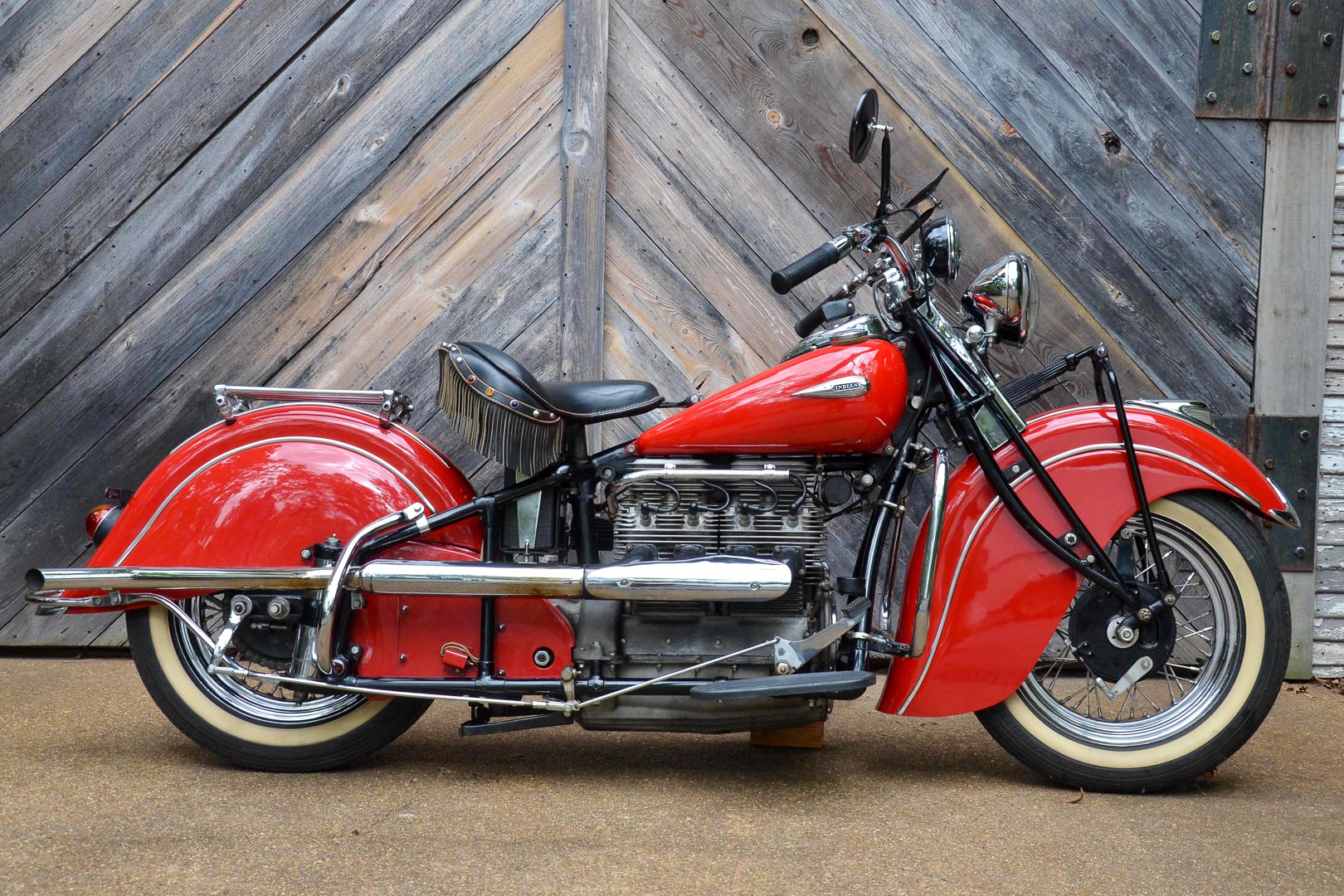 1940 Indian Four. My dad was riding one of these when he met my mom. Of course she married him! He loved to tell me the story of hitting 100 mph on the Arroyo Seco Parkway between Pasadena and downtown Los Angeles on his Indian. Modestly, he would always allow that the speedometer might have been a tad optimistic. 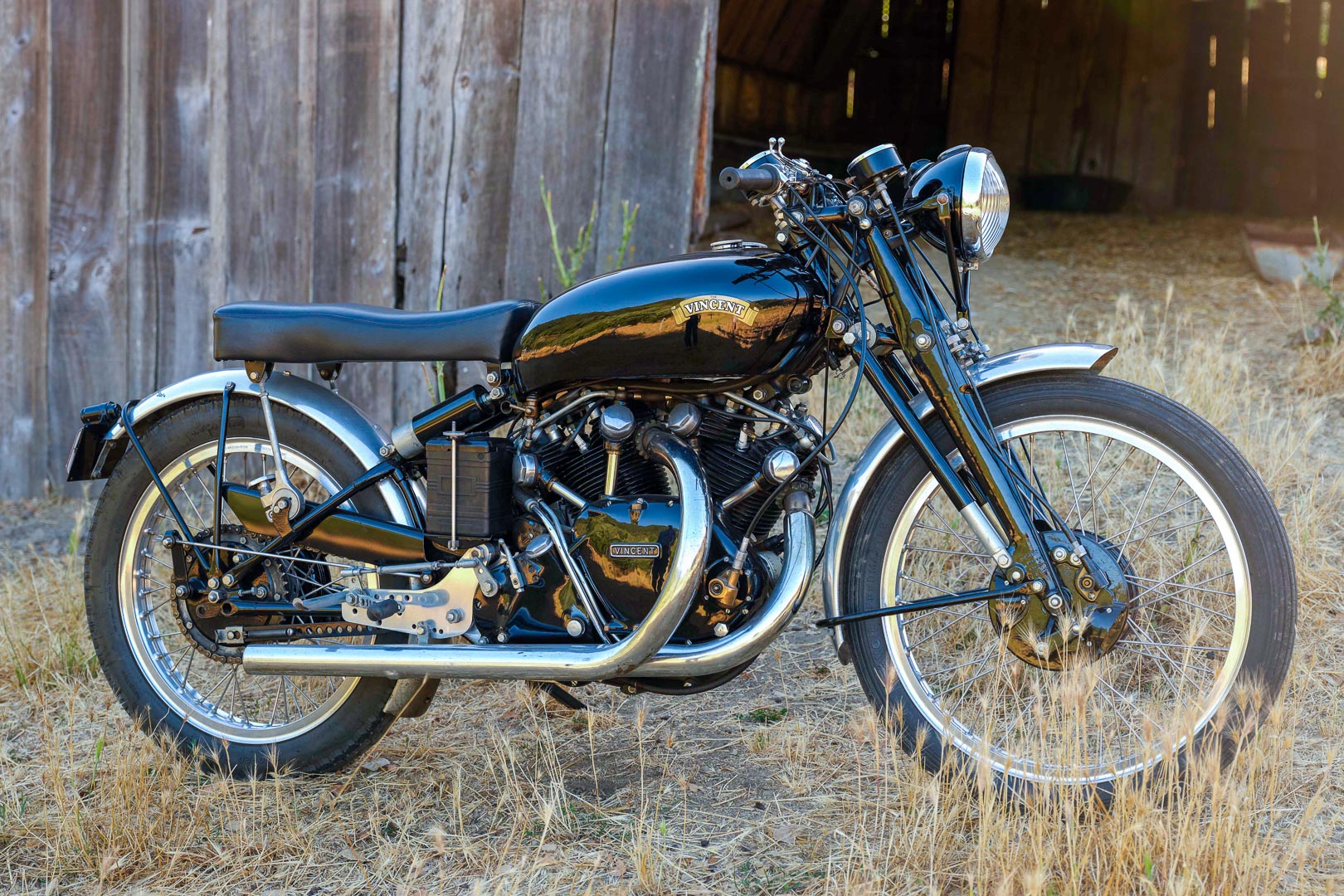 1950 Vincent Black Lightning. Although everyone remembers the Black Shadow—thanks, Rollie Free—the Black Lightning was a legend in its own right. This particular model has a racing history—tragic and victorious—thanks to David Axelson and Carlo Sejer Jensen. The whole story of the bike is on the Mecum website and worth reading. 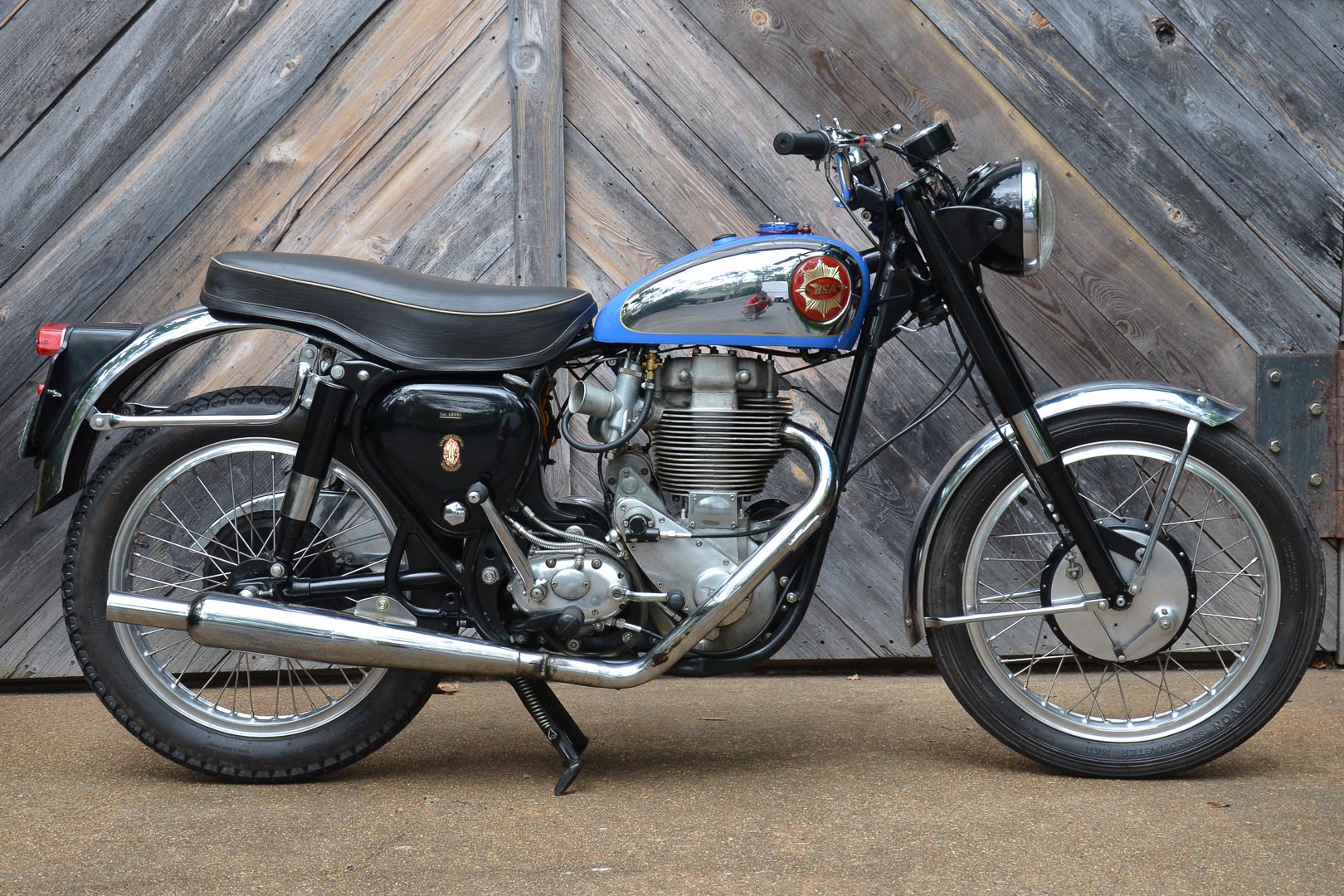 1955 (sic) BSA Gold Star Catalina. This one is labeled wrong, as the Catalina was only made from 1959 to 1963. Actually, this is a 1955 BSA Gold Star Clubman. It’s the model that Chuck Minert modified to win the 1956 Catalina Grand Prix—run on an island off the southern coast of California. The production Catalina was based on the Minert bike. Regardless, this Clubman is a very cool machine. 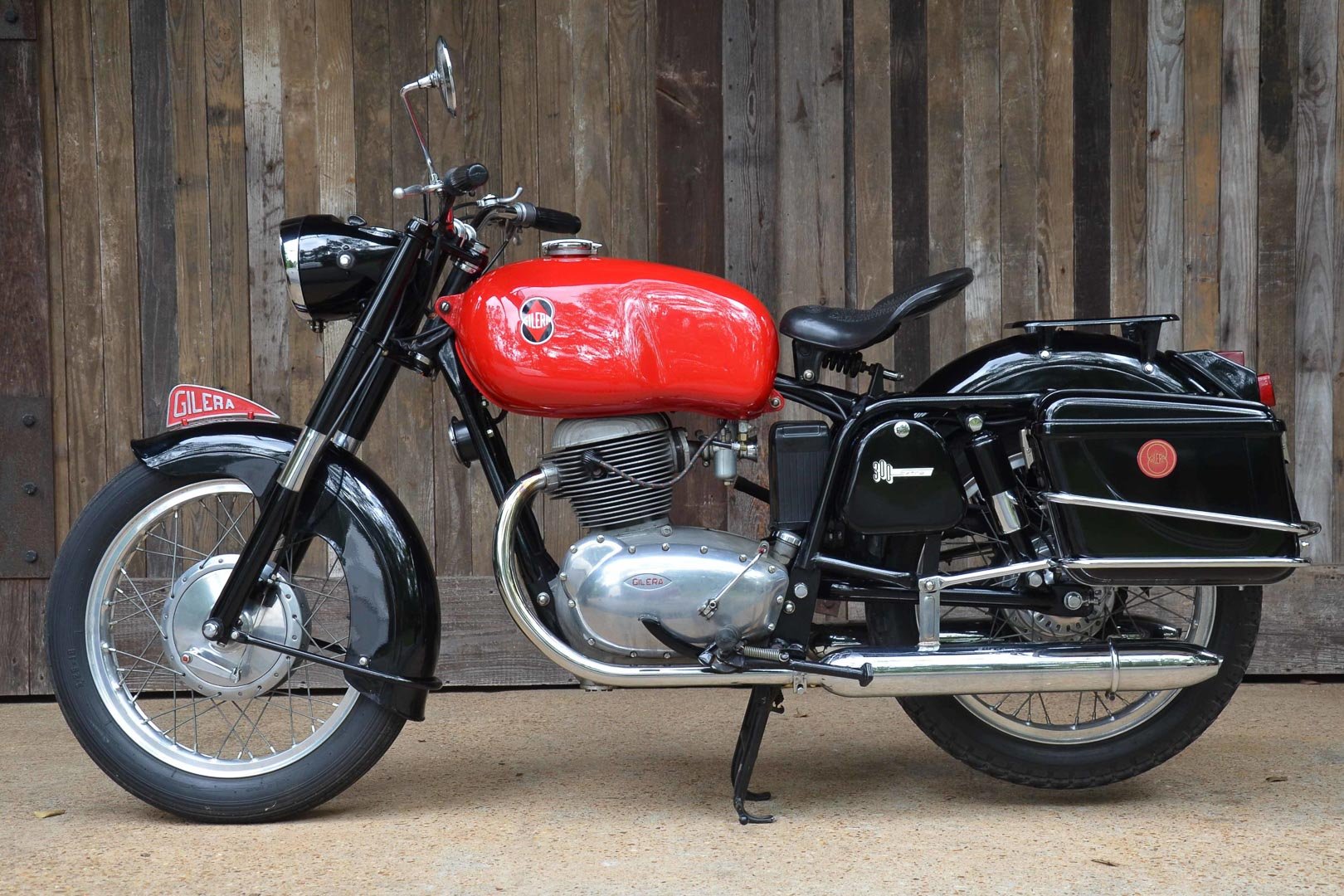 1964 Gilera Extra 300. This little Italian four-stroke twin puts out 15.5 horsepower at 6500 rpm. That makes it a great city bike, you’re probably telling yourself. However, it also has bags and a massive four-gallon tank. Can you imagine how low long it would take the single 22mm Dell’Orto to run through that? Seriously, this would be an unforgettable mount for a cross-country ride. 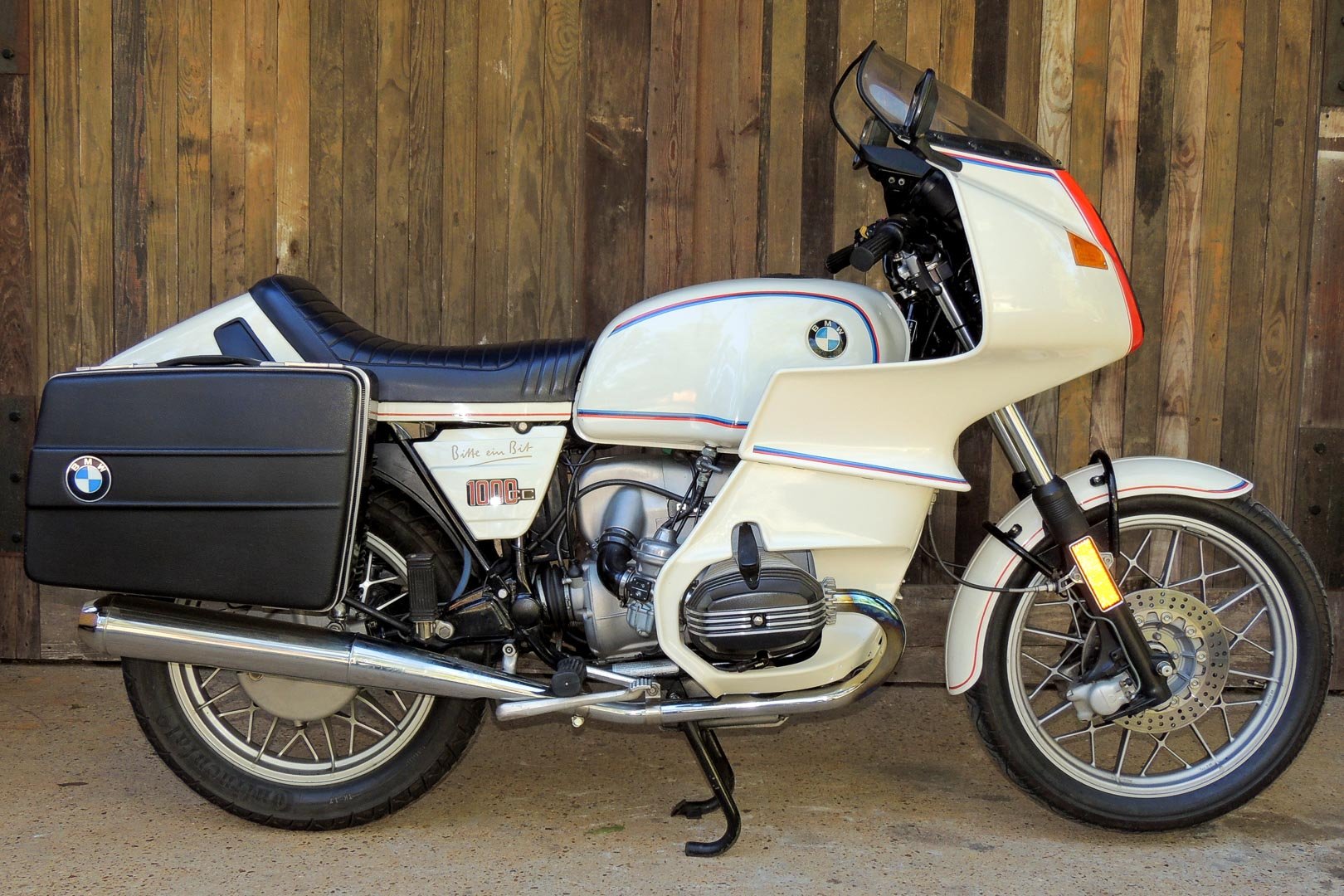 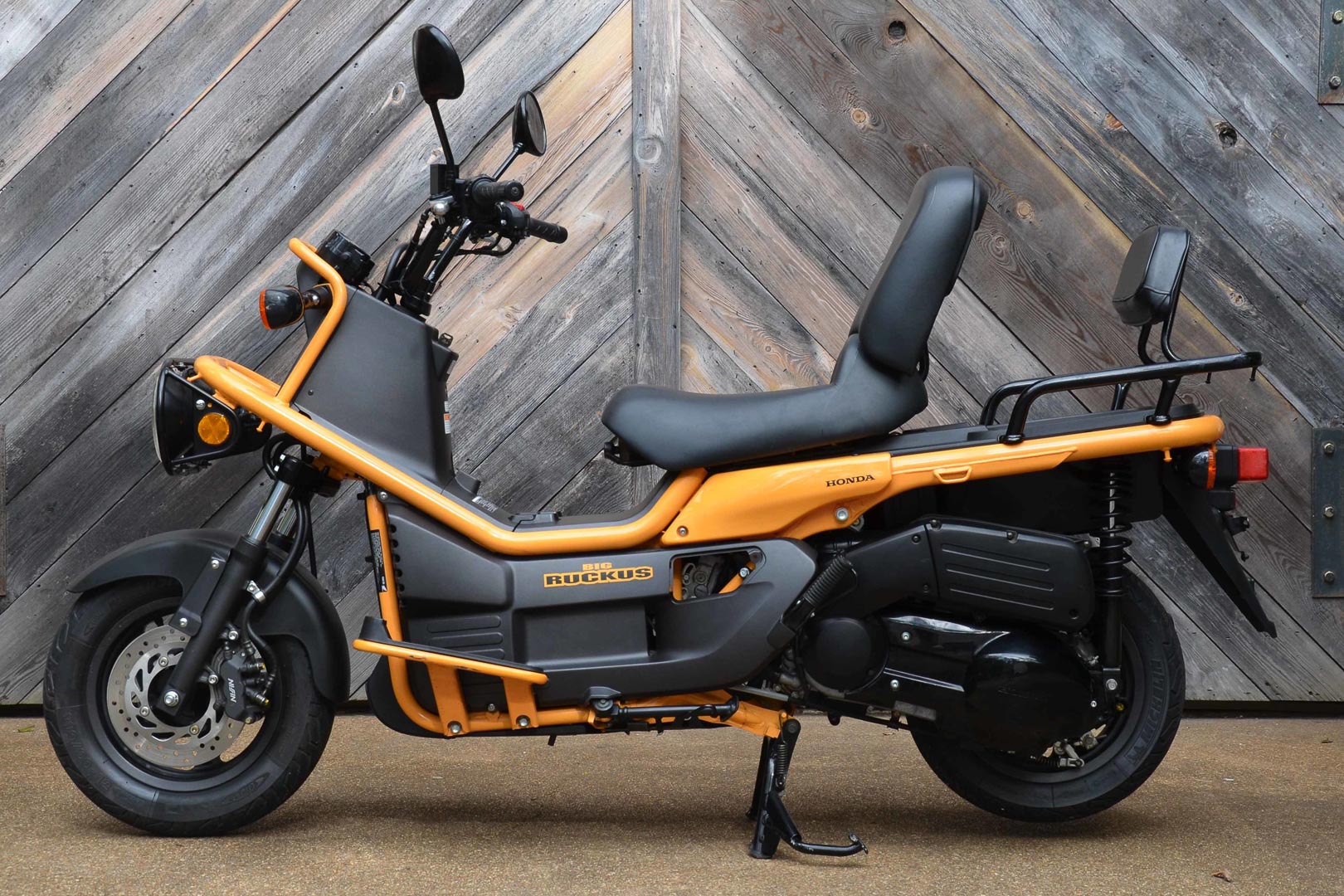 2005 Honda Ruckus. Wait a second! This isn’t any normal Honda Ruckus—this is Big Ruckus. It has a liquid-cooled 249cc motor instead of the 49cc engine on the stocker. Plus, it’s set up for a passenger and everyone gets a backrest. If you don’t know how to shift, no problem—it has a fully automatic transmission. 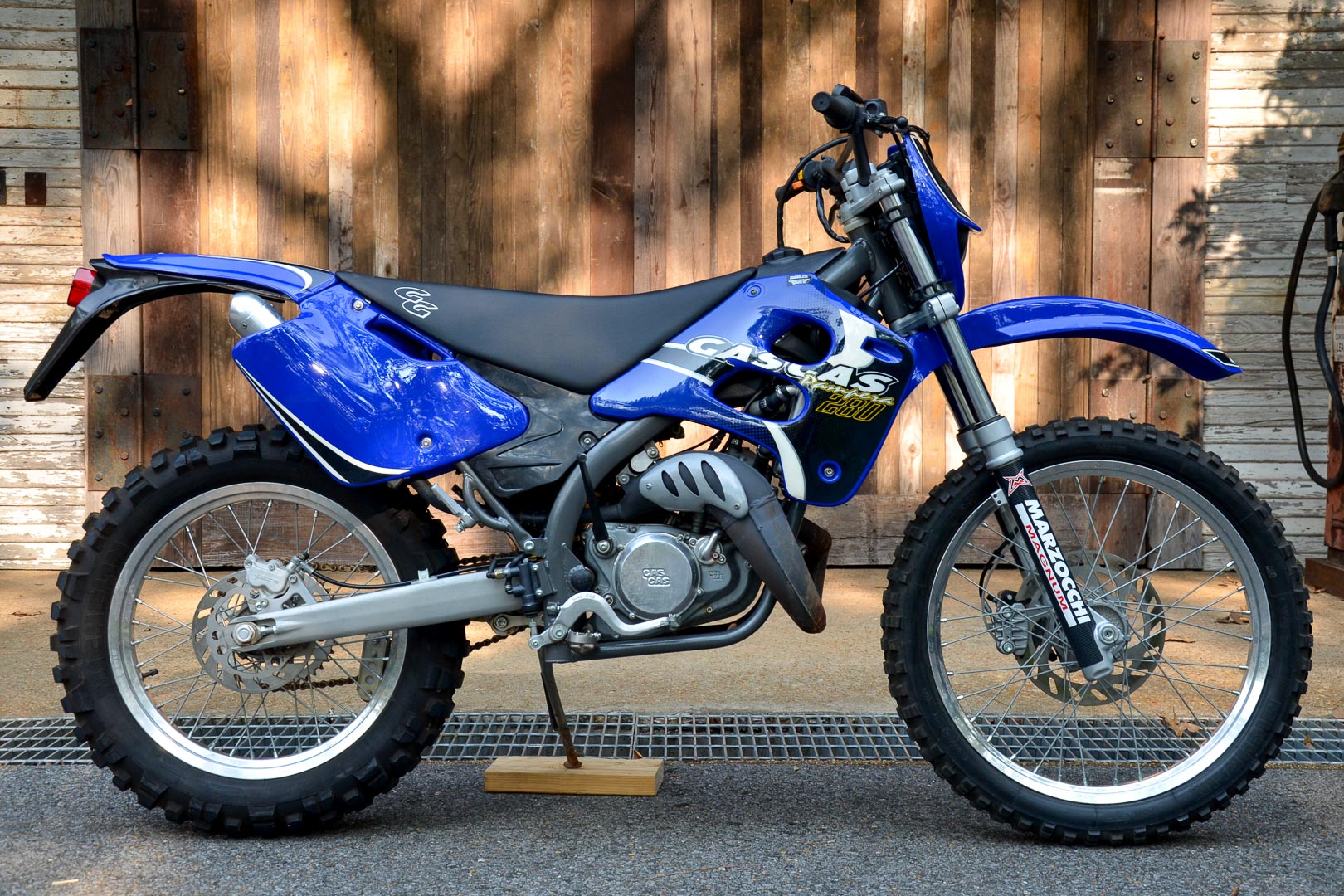 2005 GasGas Pampera 280. If you want to show up at the next trail riding session with something that will raise some eyebrows, this is it. GasGas took its trials bike motor and put it into a frame for an 80cc enduro bike (more or less). I rode one on the streets of Pasadena back in 2005, right in front of a PPD motorcycle officer. He gave me a thumbs-up, despite its two-stroke motor, lack of turn signals, and non-existent license plate. Who doesn’t love a Pampera?Happy bidding!Photography courtesy of Mecum Auctions