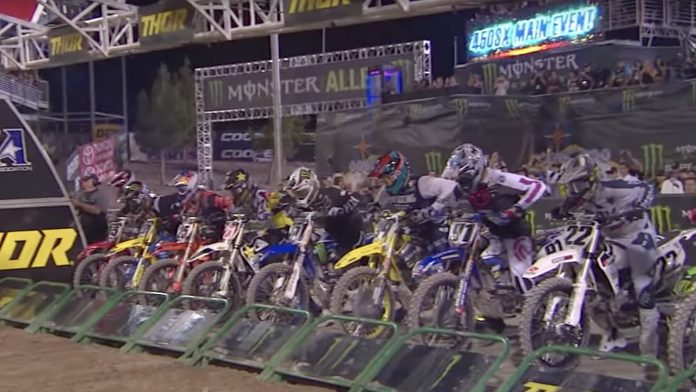 It was an anti-climatic end to the 2018 Monster Energy AMA Supercross Championship Series, as Jason Anderson methodically rode to a fifth-place in the 2018 Las Vegas Supercross, which was enough to earn him the 2018 title. It’s the first 450SX Supercross title for both Anderson and Husqvarna. After an early battle with Marvin Musquin, the only rider in the finale with a chance to catch Anderson in the title chase—Tomac rode to a four-second win.