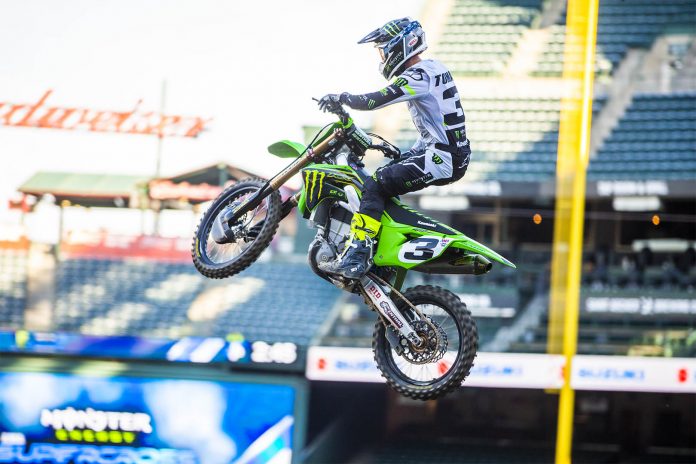 The 2021 Monster Energy Supercross schedule is now public. Due to the government responses to the COVID-19 pandemic, the schedule is unlike any seen in the past. There are 17 rounds planned, though only 12 confirmed dates. As was the case with 2020, all race dates and locations are subject to change. We’ll be updating this page as necessary.December 15 update: There’s another shakeup in the Supercross series, as all 17 dates are now announced. The Arizona rounds have been struck from the schedule and replaced by two Saturday races in Orlando. Atlanta is holding a tripleheader in mid-April. However, instead of racing at a stadium, the three rounds will be at Atlanta Motor Speedway. Also, the season will end with two rounds in Salt Lake City. Also, the dates of the Arlington triple-header have been moved up a week. Also, there will be no Triple Crown format rounds.November 18 update: There will be a third round in Indianapolis. It adds a second Saturday race at Lucas Oil Stadium. That leaves three rounds still to be determined.Instead of races only on Saturdays on consecutive weekends, there will be home stands—three rounds each in Houston, Glendale, and Arlington. These three locations will consist of a Saturday-Tuesday-Saturday cadence, with the mid-week events dubbed Super Tuesday races.Lucas Oil Stadium in Indianapolis will hold two rounds, on a Saturday and a Tuesday. The only venues with a single race are Daytona International Speedway and the finale at Rice-Eccles Stadium in Salt Lake City.The final Arlington round takes the series up to the Easter break. The locations of the four post-Easter rounds before Salt Lake City are still to be determined, as is the date of the last race. Possible sites for rounds 13 through 16 are Anaheim, San Diego, and Atlanta, though anywhere that a supercross race can be hosted will be considered.The 250SX East rounds will be in Houston, Indianapolis, and Daytona Beach. Glendale and Arlington will host 250SX West rounds, with more added when rounds 13 through 16 are settled. Triple Crown races have yet to be named, and the East/West 250SX Showdown races will be announced later. Additionally, times for the races have not been set. There is a likelihood that there will be daytime races.Public ticket sales have begun for the first six rounds. The number of seats available in each venue will be dependent upon local regulations.Photography by Will Embree 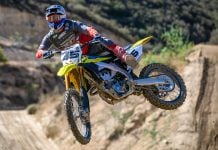 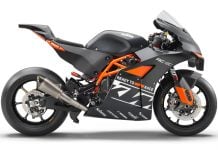