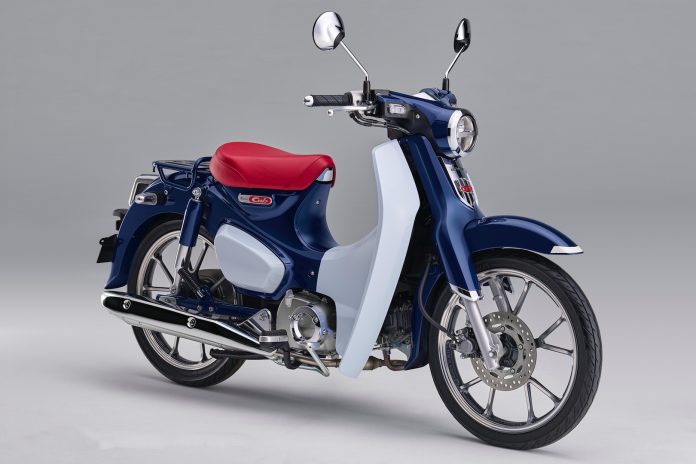 Get ready to meet more nice people on Hondas, as the Super Cub returns to the United States after a 45-year absence.Now known as the Super Cub C125 ABS, it’s a much more sophisticated design than the Super Cub launched in 1958—a year before Hondas were imported into America. Let’s dig into the new 2019 Honda Super Cub C125 ABS.1. The 2019 Honda Super Cub C125 ABS makes use of the same motor found in the Grom. That means you’re getting a nearly horizontal air-cooled single cylinder four-stroke with air-cooling and two-valves. It’s a simple and stone-cold reliable design that comes with a one-year unlimited mileage warranty. Modern touches include EFI and electric starting. 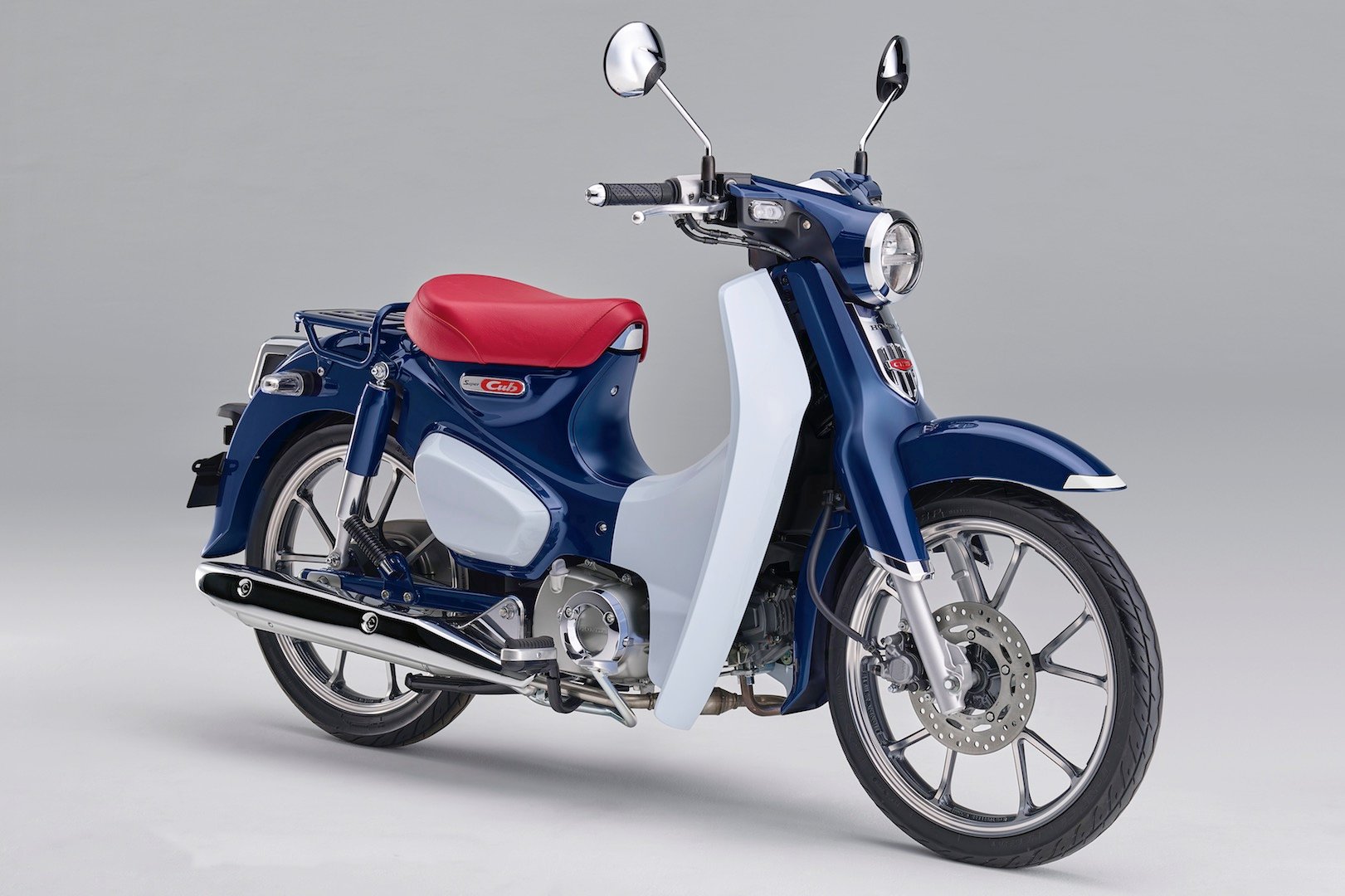 2. The clutch is a new-user friendly centrifugal automatic design. While you still shift the four-speed transmission with your left foot, the clutch engages and disengages automatically. As you come to a stop and the revs drop to idle, the clutch disengages the transmission. When you rev it up in gear, the clutch re-engages the transmission and off you go. It’s not a new design, though one you rarely see on street bikes in the United States—plenty of ATVs have used it, however. There is a heel-toe shifter, as on the original Cub, and there is no clutch lever.3. The design of the 2019 Honda Super Cub C125 ABS would be immediately familiar to someone from 1958. It still has the step-through pressed-steel frame with a leg fairing. The one-gallon fuel tank is under the seat, and now locked electronically. The fenders are deeply valanced, just like the original. The front end is covered in a tight-fitting shroud, though you get an ABS-equipped disc brake (drum on the original), telescopic fork (leading link front suspension originally), and turn signals integrated into the handlebar cover. The headlight is a LED now. The muffler is extremely long, and likely very quiet.4. The step-through design makes it accessible to more riders. If you happen to wear a dress, don’t worry—you won’t have to immodestly lift your leg over the seat to get onboard. 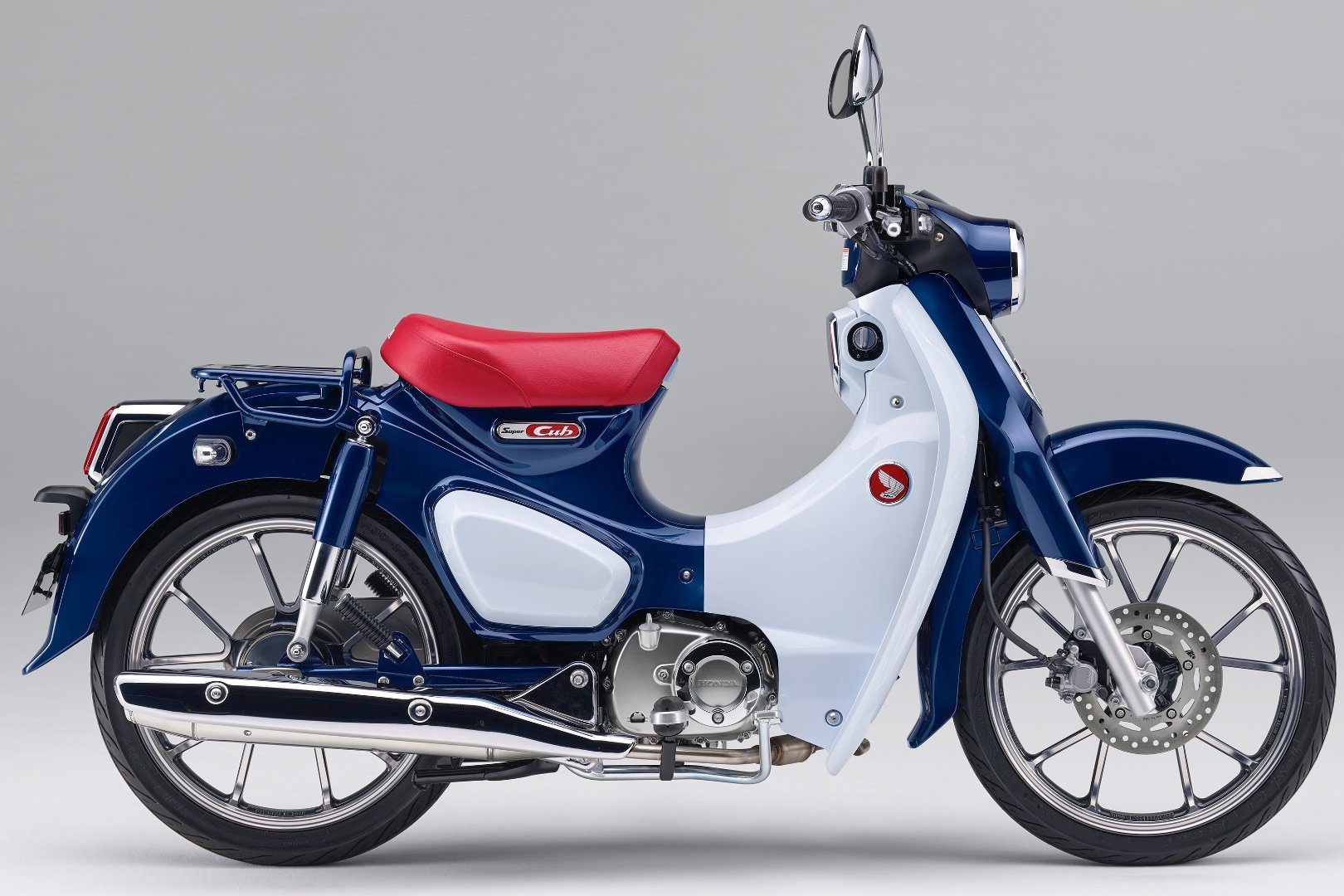 5. To increase the practicality of the Super Cub C125 ABS, it has a luggage rack behind the solo seat. The solo seat is less than 31 inches above the ground.6. A passenger seat can be mounted on the luggage rack, making the Super Cub a two-up motorcycle. Passenger pegs are standard.7. The speedometer is a traditional sweeping needle design, with an LCD screen in the center. The LCD readouts include a rev counter, trip meters, fuel gauge and clock. 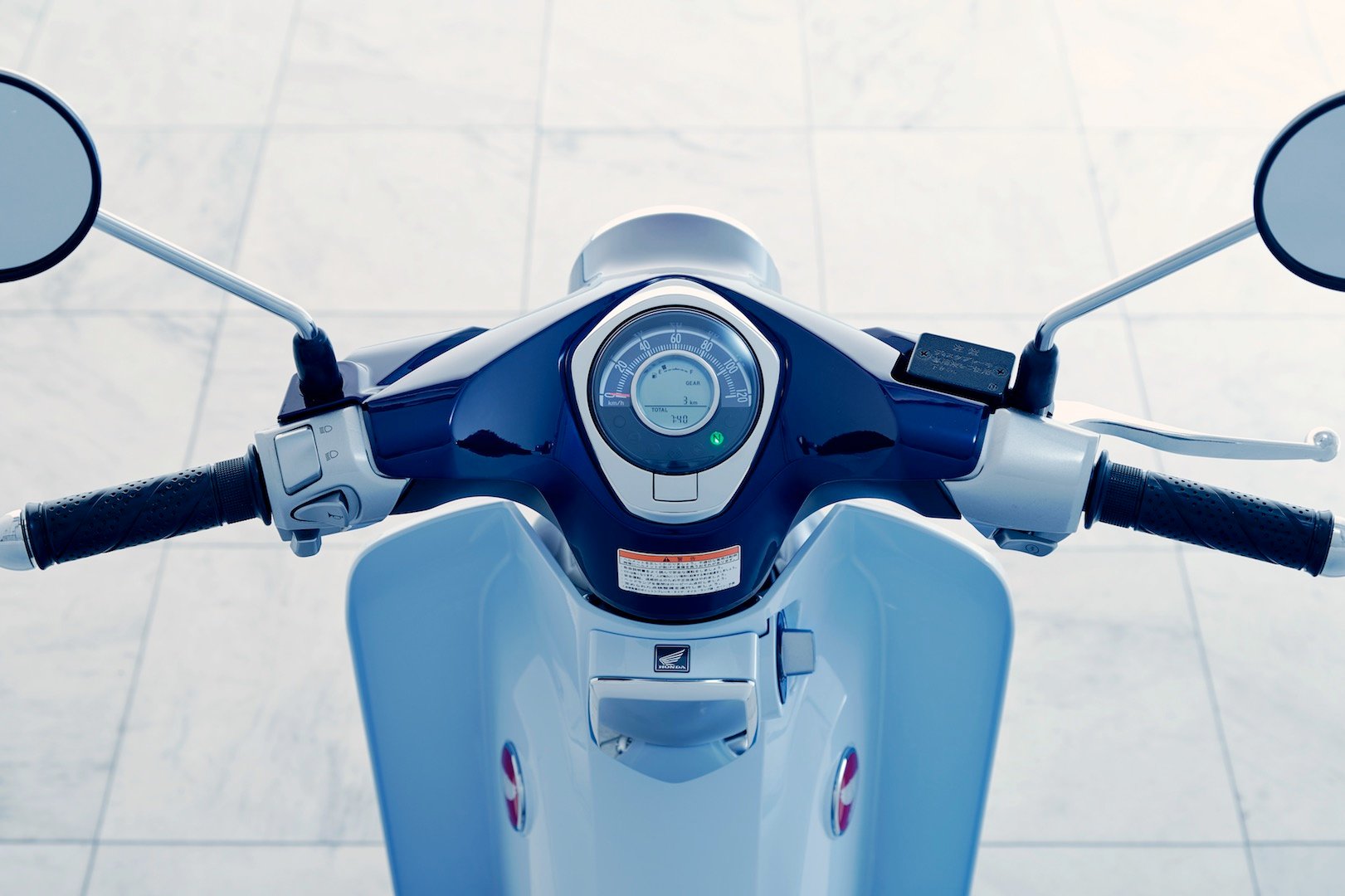 8. Tires are by IRC. The narrow tubeless tires are mounted on 17-inch cast wheels (no more wire-spoked wheels with tube tires) to help ward off potholes.9. Be patient, as the 2019 Honda Super Cub C125 ABS will not hit the showroom floors until January 2019. The MSRP is not locked in stone, but Honda is shooting for $3599.