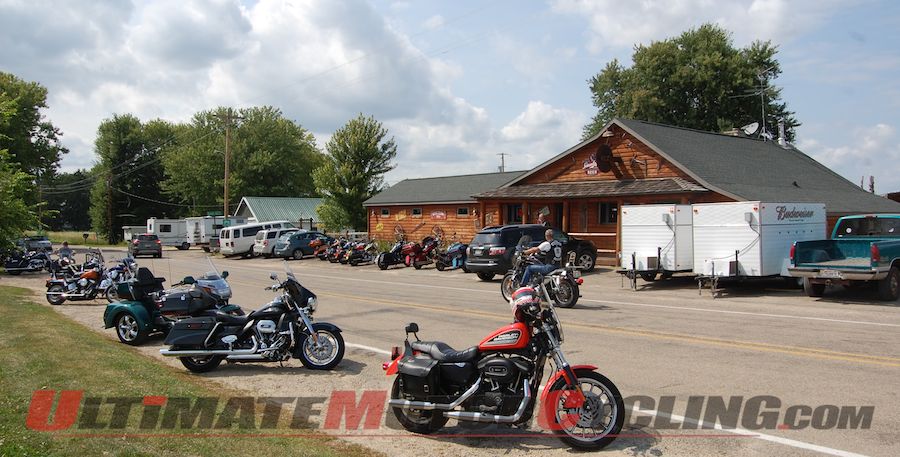 2014 Cannon Run End of the Run Party at Bunker HillThe hills of southwestern Wisconsin rocked this weekend with the Cannon Run End of the Run Party hosted by the Bunker Hill Saloon near Cazenovia, Wis.The 13th Cannon Run consists of a season-long riding event that started February 14 and wrapped up August 3, which includes riders covering a north and south loop, with 33 distinct destinations on each.Each rider can get a maximum of two ticket books and can drop off two tickets per stop. At the End of the Run party, which runs from August 12-16 at the grounds behind the Bunker Hill Saloon, where the completed tickets are gathered up and the participants have chances for prizes in the drawings.A $14,000 Harley-Davidson motorcycle is the grand prize for each loop of the run and a third bike, a Sportster, is the prize in a scratch-off ticket drawing.

In all, $66,000 in prizes and charitable donations are the end result of the Cannon Run. Cash prizes in the drawings total $18,000 divided among 20 winners for the north loop and 20 for the south loop.In addition, an $8,000 donation is made to the American Veterans Trauma and Rehabilitation Center in Milwaukee, Wis.The event featured live music from seven different bands from August 14 through 16, a DJ on August 13, food vendors, swag vendors and much more, all set up on a 77 acre plot with five days of camping included in the entry fee to accommodate the many Cannon Runners and other participants in the party.The Cannon Run End of the Run Party is just one of many events included in our listing of great late-summer events around the upper Midwest.See the listing here. For additional details, visit Cannon Run.