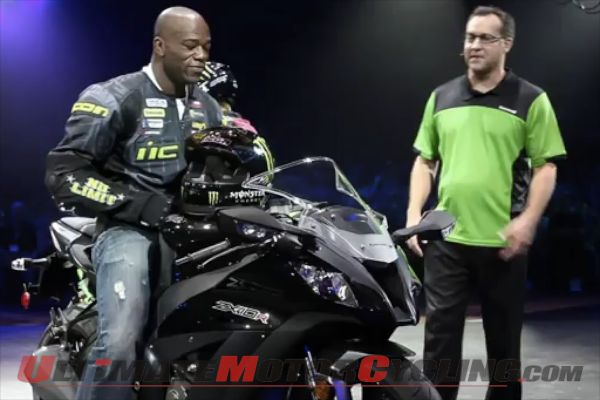 Kawasaki Dealers Business MeetingIn October, thousands of people representing Kawasaki dealers descended on Orlando, Fla., for the 2012 Kawasaki Dealer Business Meeting.Along with the dealers arrived many of us motorcycle journalists, about to get a first look at Kawasaki’s 2012 lineup.After a lavish introduction party, Kawasaki got down to business, unveiling the 2012 lineup, which included the all-new ZX-14 R, a highly anticipated bike.Many motorcycle celebrities were also present, including AMA Drag Racing Champion Rickey Gadson and Team No Limit’s Jason Britton; both exclusively use Kawasaki products (Gadson, ZX-14; Britton, ZX-6R).Attached above is a video from Kawasaki highlighting the event.