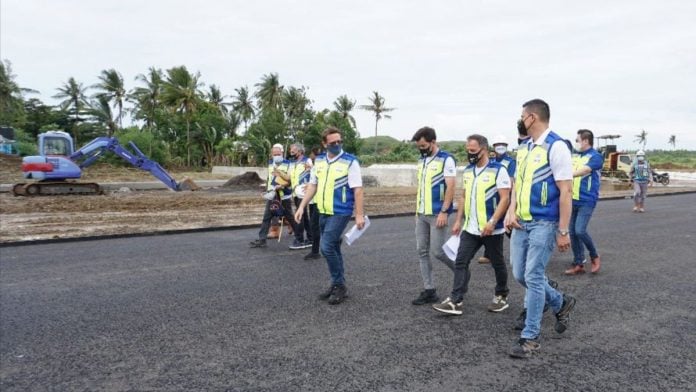 Construction continues at the Mandalika International Street Circuit on the Indonesian island of Lombok, with the eyes set on 2021 for its motorcycle racing debut. The track is on the Motul Superbike World Championship Calendar for November 14 of this year. MotoGP is expected to add Mandalika to its 2022 schedule, with possible test sessions in 2021.Dorna Sports Managing Director Carlos Ezpeleta, Dorna Race Representative Loris Capirossi, and FIM Grand Prix Safety Officer Franco Uncini traveled to the site to inspect the track’s construction progress. The trio met with Mandalika Grand Prix Assn. (MGPA) VP Director Cahyadi Wanda, MGPA Director Ricky Baheramsjah, Indonesia Tourism Development Corporation President Director Abdulbar Mansoer, and Indonesia’s Minister of State Owned Enterprises Erick Thohir.“The visit to Lombok was very successful,” Ezpeleta noted, “and we can confirm that the Mandalika International Street Circuit will be one of the most important venues of the calendar in the future. We also know that the fans from Indonesia will attend massively, and the GPs will become one of the most iconic ones of the whole season. Indonesia is a key market, not only for Dorna, but for all the stakeholders of the Championship.”“We thank the FIM and Dorna for coming and conducting the technical visit, which went well and met their expectations,” Mansoer said. “By knowing the firm month for MotoGP event, we are assured of focusing on finishing the Mandalika International Street Circuit development project, while also maximizing the value that this world-class sporting event has to offer.” 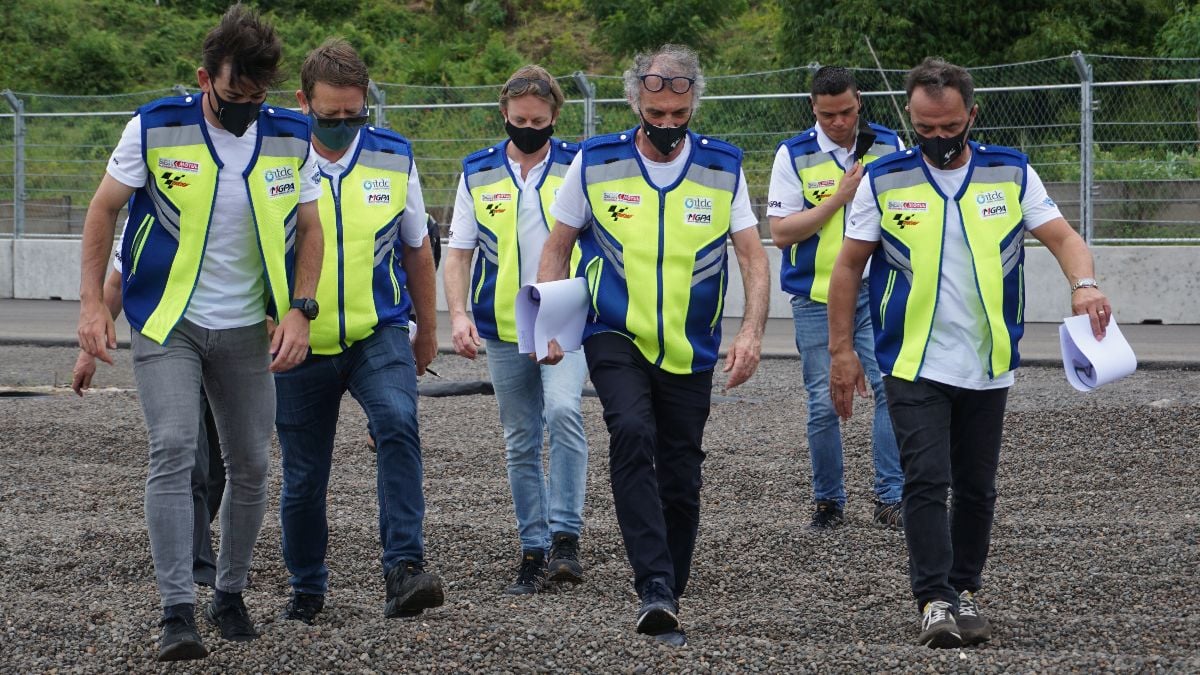 Although named a street course, it is a purpose-built track on the Indian Ocean coast. It features 17 corners (11 right, 6 left) over 4.31 kilometers (2.67 miles). The start/finish straight is 507 meters—nearly a third of a mile. The Mandalika International Street Circuit will seat 50,000 people, with room for another 138,000 non-seated spectators.