As the world emerges from the COVID-19 threat, KTM took to the Red Bull Ring for a private test of its latest RC16 MotoGP racer. It’s the first MotoGP test since the International Road Racing Teams Association’s preseason test at Losail International Circuit in Qatar.Like KTM, the Red Bull Ring is inside the borders of Austria. That meant that the 20 or so Red Bull KTM Factory Racing team members that attended the test did not require international travel; all had tested negative for the troublesome virus. However, MotoGP racer Pol Espargaró and test rider Dani Pedrosa did travel from Spain. Continuing restrictions prevented MotoGP rookie Brad Binder from attending, as he is in his home country of South Africa. 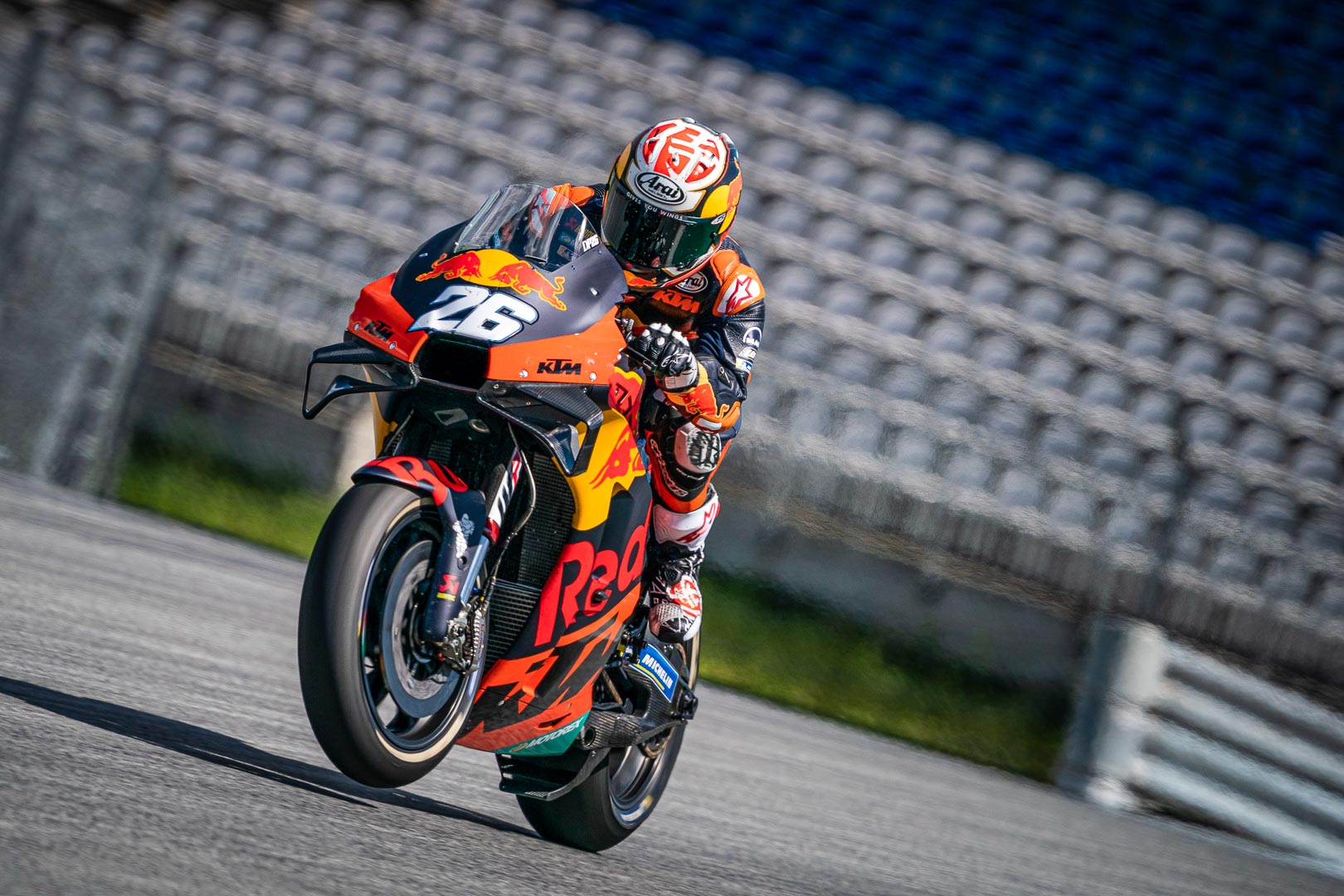 This will not be the last KTM test at the Red Bull Ring before the MotoGP season starts. Tentatively, the first round of the 2020 MotoGP World Championship Series will be on July 19 at Circuito de Jerez-Ángel Nieto in Spain. KTM hopes to add Binder to future tests, along with Red Bull KTM Tech 3 satellite time riders Miguel Oliveira from Portugal and Spanish rookie Iker Lecuona.“Seeing the bikes on the racetrack, where they belong, was great for all of us,” KTM Motorsport Director Pit Beirer acknowledged. “It was a pleasure to see the happy faces of the riders and the crew, but then it was back to work and back to normal. We tried to make the most of the time at the Red Bull Ring. With Pol, we were able to check his 2020 bike on a new track, and with Dani, we ran a very extensive test program, but the most important thing was also the significance—we are making great strides. There is definitely an interesting Grand Prix calendar ahead of us, and it is time to prepare our team for it.” 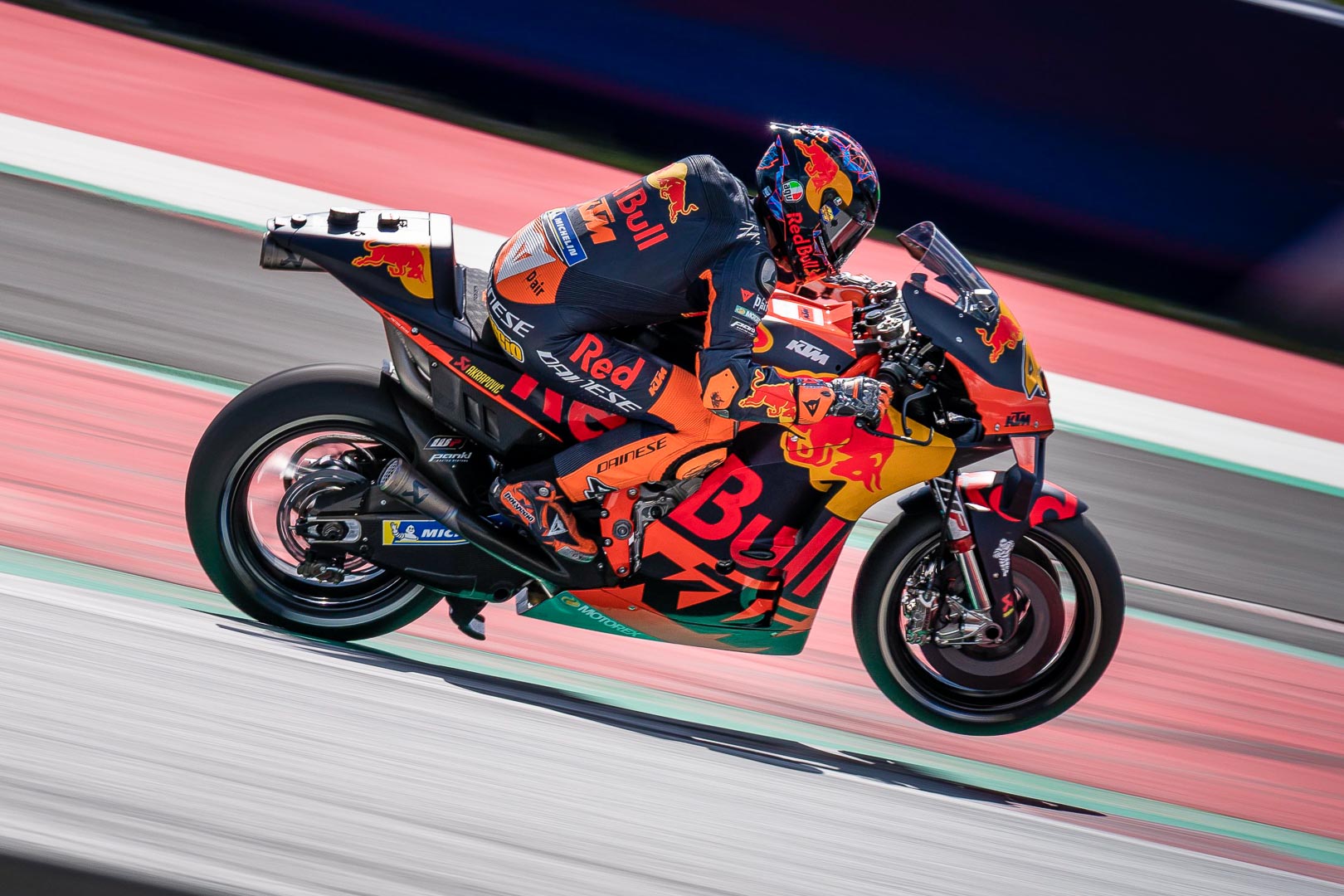 “In the past weeks and months, we had been very radical with our response to the virus situation through the closure of our motorsport department,” Beirer revealed, “but I promised the team that we would be the first to go out again. We were finally able to keep that promise here at the Red Bull Ring.”“I’m really happy we could organize these two days here in Spielberg and get the MotoGP team back on track,” Red Bull KTM Race Manager Mike Leitner said. “It was a big effort to get it done, but we tested everybody, made it happen, and I think it was key for the mentality of the company, the team, everyone in the racing department, and especially the riders. In general, we have been lucky with the weather. It was good for Pol to get back to race speed. After such a long time off the bike, riders really need laps. For Dani, also, it was important to restart the test program.” 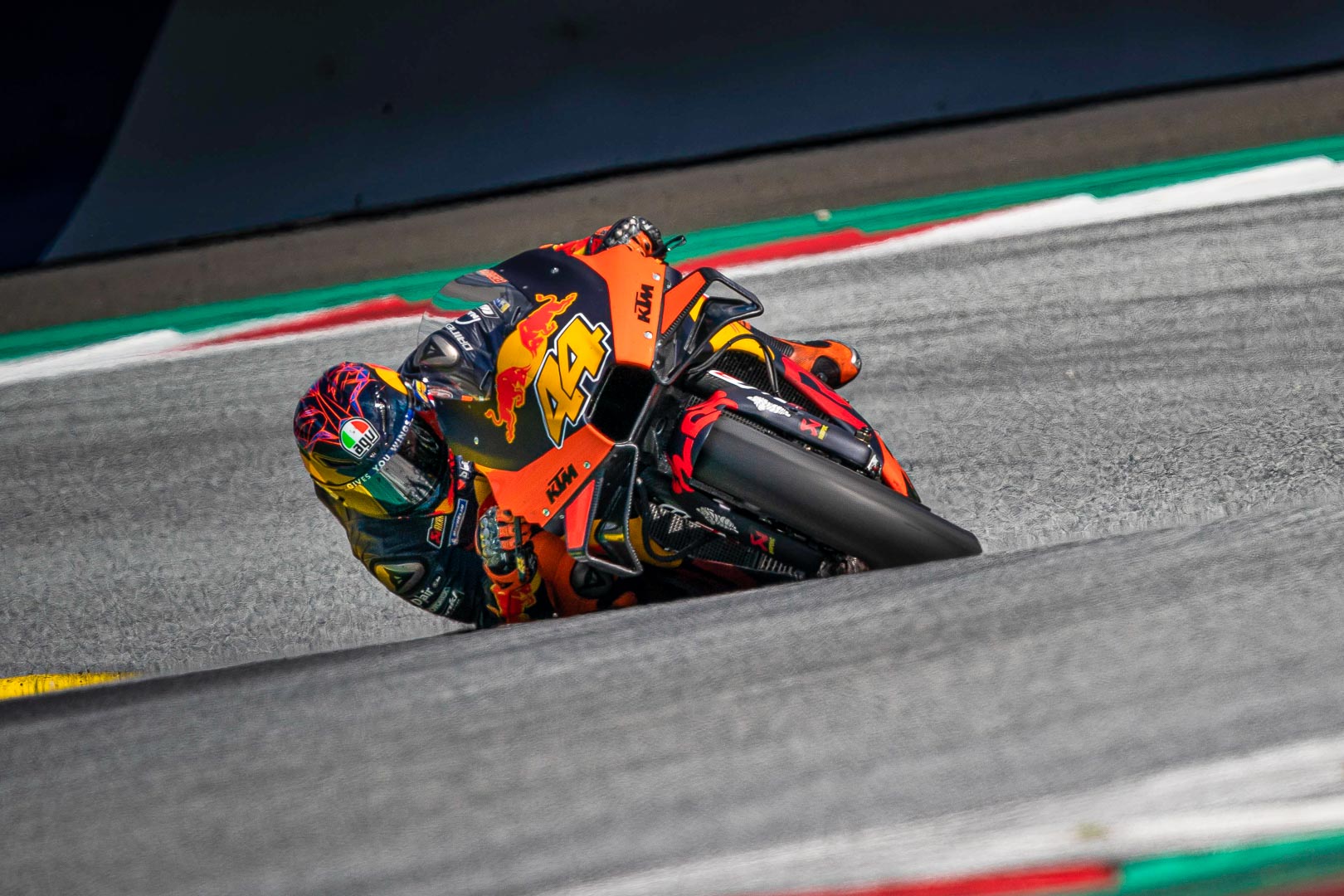 “I don’t think I have ever been so long without a bike,” Espargaró said, “especially one for competition. So, it was a little bit difficult in the first few runs yesterday, but I was quickly up to the kind of rhythm I was setting in Qatar. It was great to get back in action, and I think we all felt that—there were a lot of smiling faces in the box. Technically, we made some improvements. The first priority was to get our feeling back with the bike, but we also brought quite a lot to test, and this was interesting. The good weather meant we could play with a lot on the bike and we improved mostly with the chassis, but also some electronics. I’m really happy. Now just to look forward to the first race.”Photography by Philip Platzer