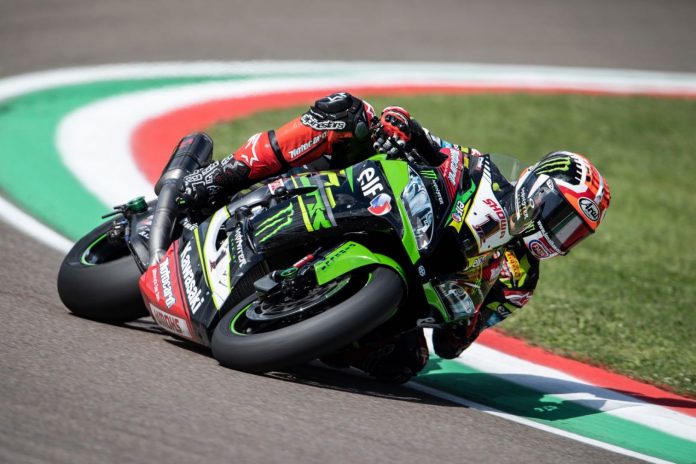 Jonathan Rea’s story in World Superbike is exceptionally unique. The 32-year old Northern Irishman joined the WSBK series in 2009, racing aboard Honda CBR1000RR machinery through the 2014 season.Throughout those six years he achieved 12 victories and a best season finish of third.But that all changed in 2015 when Rea joined the factory Kawasaki Racing Team. In his first year aboard the ZX-10R Ninja, he claimed 14 victories – two more than six years aboard the Honda. 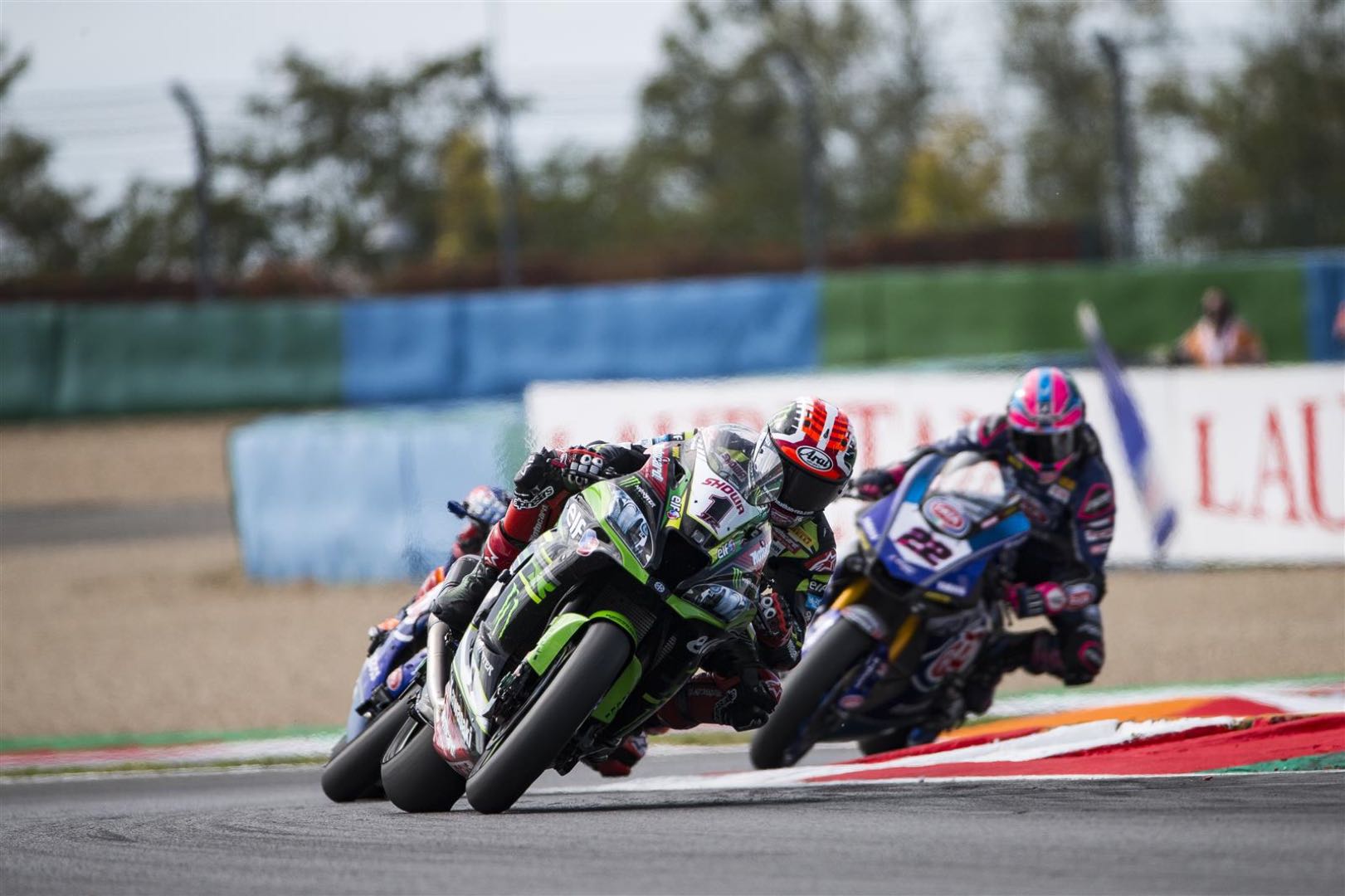 Rea claimed that title and began a dominating streak that took him into the 2019 WorldSBK Championship with four-straight titles – a feat that tied him with Ducati icon Troy Corser.When the 2019 season began, Rea’s domination appeared to dewindle. The reason? Aruba.it Racing Ducati’s newest rider who arrived from MotoGP – Alvaro Bautista. He went on to win the opening 10 races (including Superpole races), providing Rea with the ultimate challenge.Rea finished mostly second until taking his first win at round five in Imola, Italy. From there Rea returned to his winning ways and clinched his fifth-straight WorldSBK title following a 2-1 finish at Magny-Cours in France. 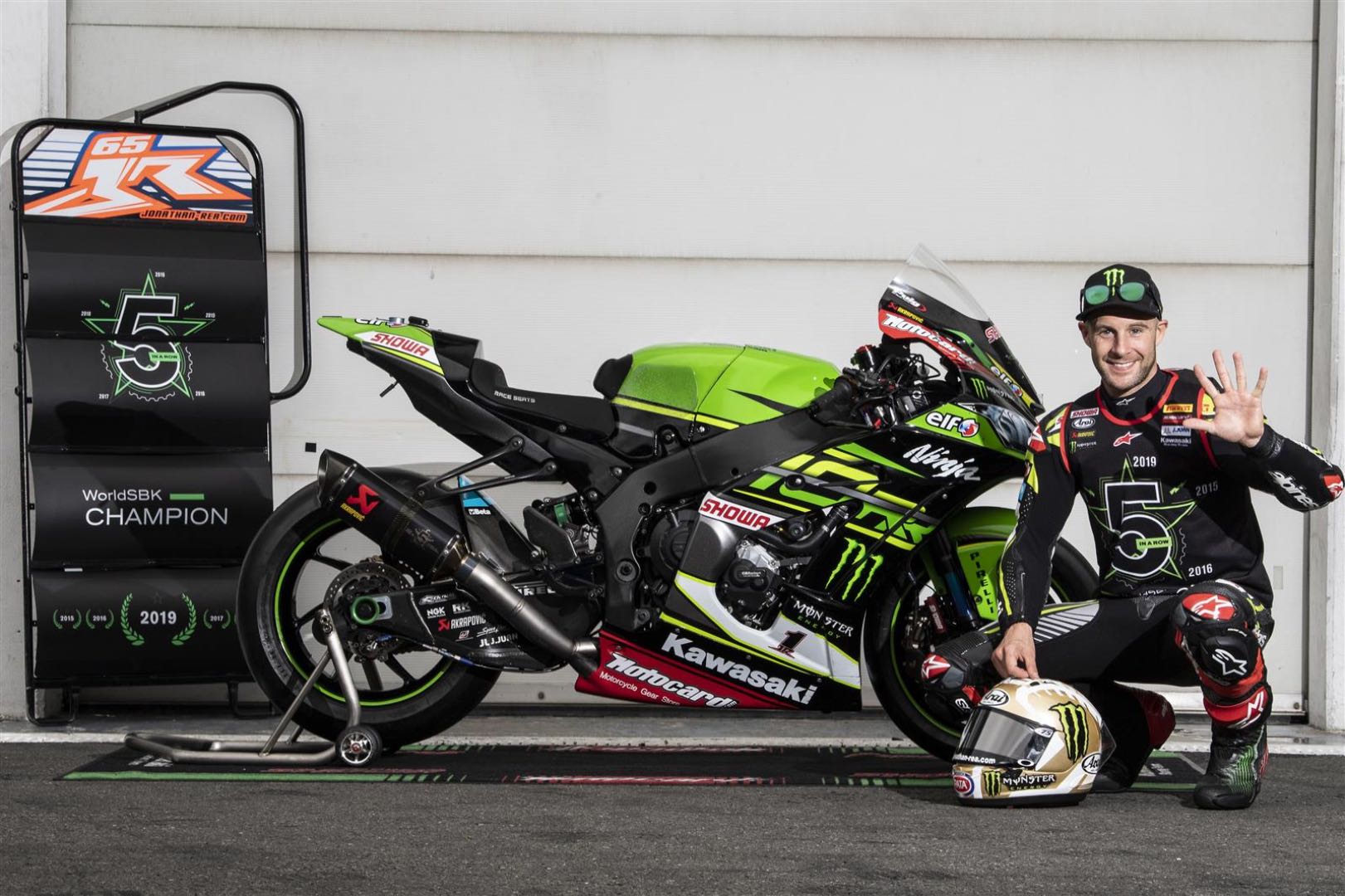 Rea is now the first rider in WorldSBK history to claim five rider’s titles – and all were in succession.Rea fought for victory in France. He finished second in the opening race and Superpole race and claimed the race-two triumph – his 12th of the season.That win by 0.862 of a second ahead of Honda’s Michael van der Mark – the 83rd of Rea’s World Superbike career – provided him with enough points to clinch the title two rounds early.Rea can now relax during the final two rounds in Argentina and Qatar, but if he repeats his performances of previous seasons, Rea will likely give it all to the very last lap.Following his victory and fifth-straight WSBK title, Jonathan Rea said: “I am just super-happy. It has been the biggest challenge to date and we have just chipped away. The beginning of the season was really tough, to be beaten the way we were. But to mentally accept the challenge and keep working as a team – also away from the track – we kept strong.<iframe width=”560″ height=”315″ src=”https://www.youtube.com/embed/IRgBQRJOceY” frameborder=”0″ allow=”accelerometer; autoplay; encrypted-media; gyroscope; picture-in-picture” allowfullscreen></iframe>“I have worked and kept working. We all go to each weekend looking for the opportunity and we have had lots of opportunities this year, and won a lot of races. It is beyond my wildest dreams to win the title here because after four rounds I would have bitten your hand off if you told me I was going to be champion.“With yesterday’s race being quite chaotic I was nervous going into today because I did not understand the points situation. The target all weekend was to try and – realistically – win it in Argentina, so we could go to Qatar with less pressure. But we got another opportunity today and I felt a little bit better with the bike compared to yesterday.“With the temperature going up the pace was not so fast I was able to manage the bike, and I could see my opportunity with Michael. He was struggling in some areas where we were strong. And we were weaker in some areas where he was strong. So I was putting that all together, learning that for a few laps and then putting my head down and getting the job done.“Massive thanks to Kawasaki, the team, my sponsors, my family, all my friends and everybody in my corner. I am the guy taking the plaudits but it is such a big team effort and I am fortunate to be in this position.”

Jonathan Rea can relax now until round 12 of 13 of 2019 WSBK at El Villicum circuit in Argentina, which is scheduled for October 11-13.