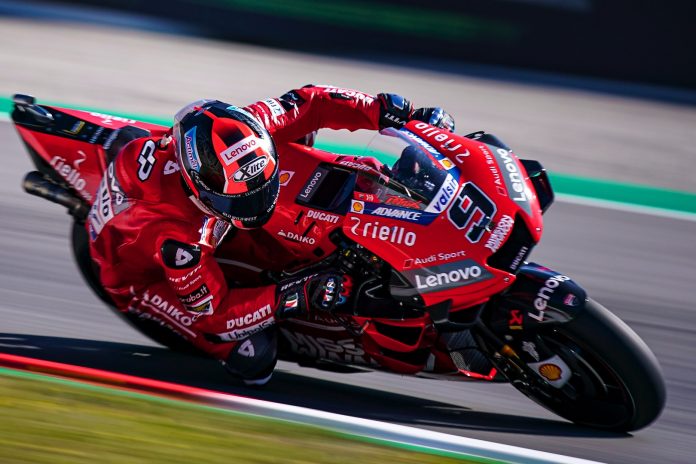 On the eve of the HJC Helmets Motorrad Grand Prix Deutschland, the factory Ducati Team has resigned Danilo Petrucci for the 2020 MotoGP World Championship Series. Currently in his rookie year on the Ducati Team after four years with the Pramac Racing team, Petrucci has scored his first MotoGP win, has three podium finishes, and is in P3 in the standings with 108 points.Petrucci is eight points behind teammate Andrea Dovizioso, and the duo has combined to give the Ducati Team the lead in the MotoGP Team standings, 45 points ahead of Repsol Honda Team. Ducati is in P2 in the Constructors standings due to the efforts of Petrucci and Dovizioso, 22 points behind Honda. 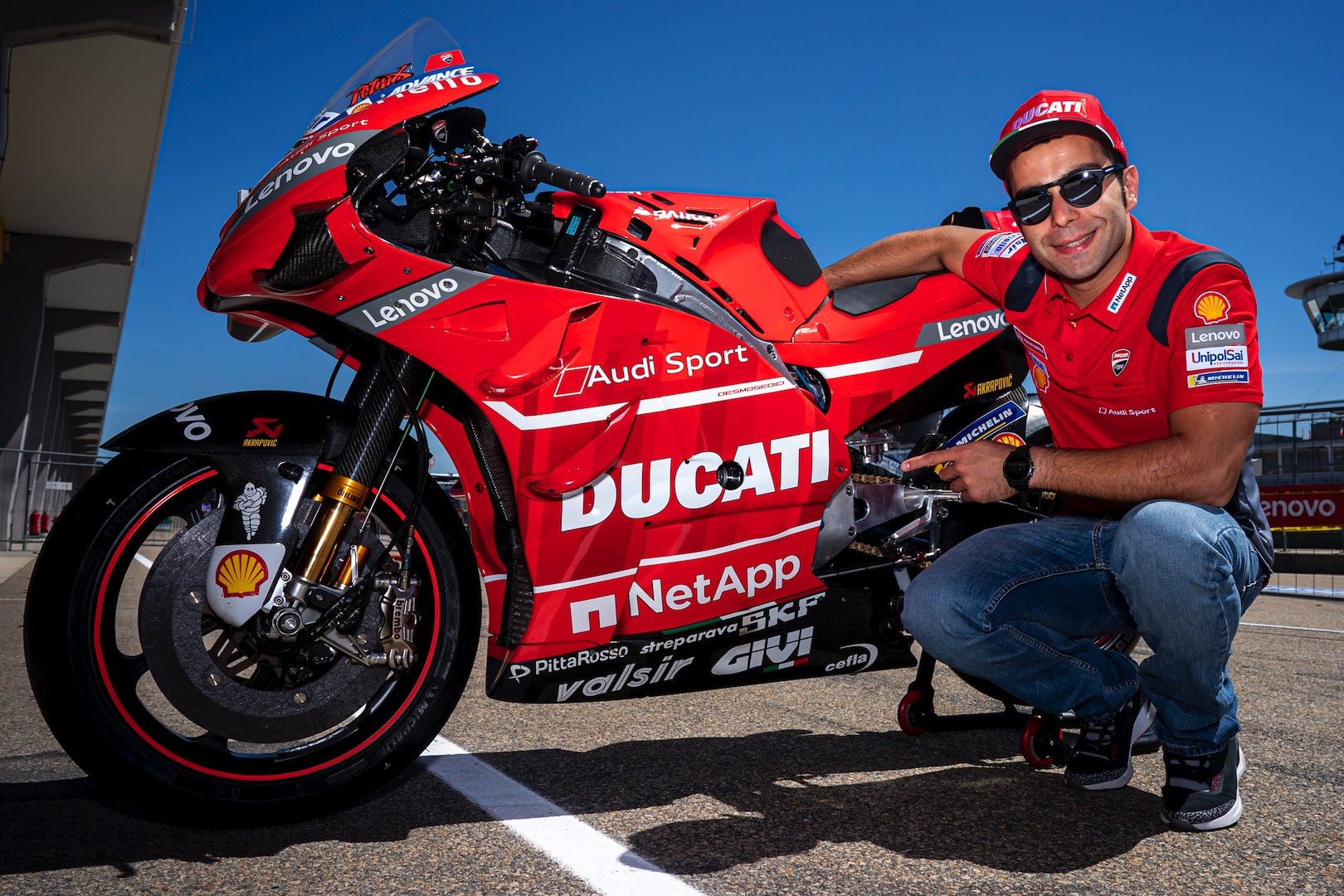 “We’re very happy to have reached an agreement with Petrucci and to continue to work together on track also next year,” Ducati Corse General Manager Luigi Dall’Igna said. “Danilo has shown his professionalism and talent ever since the first outings with the factory Desmosedici GP, and I believe his qualities are now clear to everyone, as evidenced by the strong results he already achieved this season, which culminated in a fantastic maiden win at Mugello. With Danilo on track alongside Andrea, our goal is to fight for the title, both in the Riders and the Manufacturers championships.”Petrucci debuted in MotoGP in 2012 on the Came IodaRacing Project motorcycle. Previously, Petrucci had raced two years in the FIM Superstock 1000 Cup, where he finished as the runner-up in the series in 2011 aboard a Ducati. Petrucci’s best MotoGP season finish is P8 in 2017 and 2018 on a Ducati as part of the Pramac Racing team. Petrucci has nine career podiums in MotoGP, with his first coming in 2015 on the Pramac Racing Ducati Desmosedici GP14. 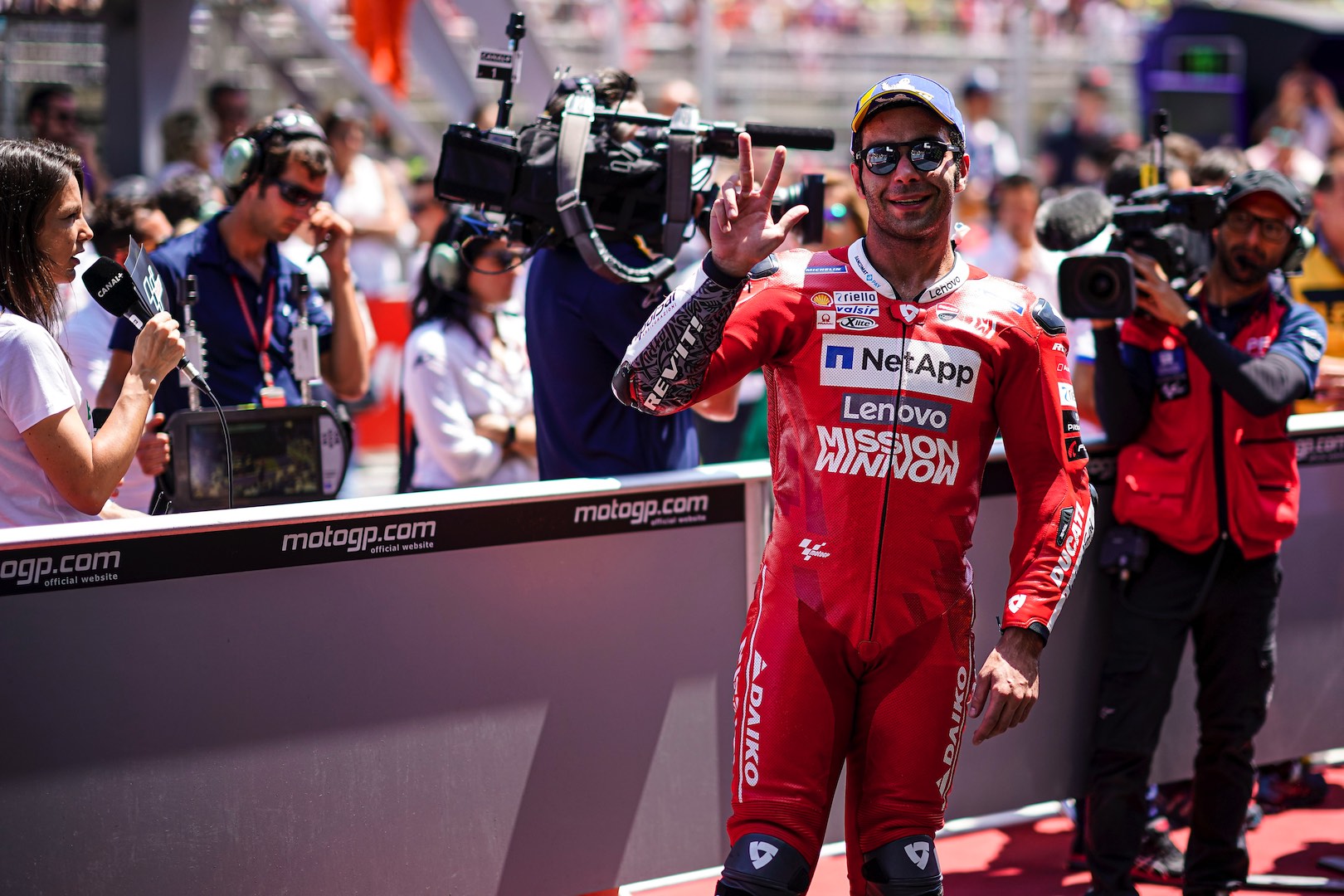 “I’m very happy to continue with Ducati for another year,” Petrucci said. “It was my goal ever since the beginning of this new chapter because we immediately found great chemistry with the team. In this first half of the season, we were able to progressively increase our competitiveness, taking two podiums and an unforgettable win. To renew our collaboration before the summer break makes me even more serene and confident about the future. Now, I simply want to stay focused and continue to improve as a rider to achieve even better results on track. We’re third in the Championship, and we want to finish the season within the top three.”Photography by FAlePhoto, et al.