Just as Thursday’s Supersport TT 2 race was shortened due to a crunched schedule from the consistent weather delays, so was the RL360 Superstock TT.

And just like Peter Hickman won the Supersport TT 2 race, he did the same in the Superstock TT – and in dominating fashion.

The Smiths Racing BMW S 1000 RR pilot, who set the outright lap record of 135.452 mph during last year’s Isle of Man TT, finished the race, shortened from six to three laps due to the packed five-race schedule on the 37.73-mile Mountain Course, over 26 seconds ahead of Silicone Engineering Kawasaki’s Dean Harrison. 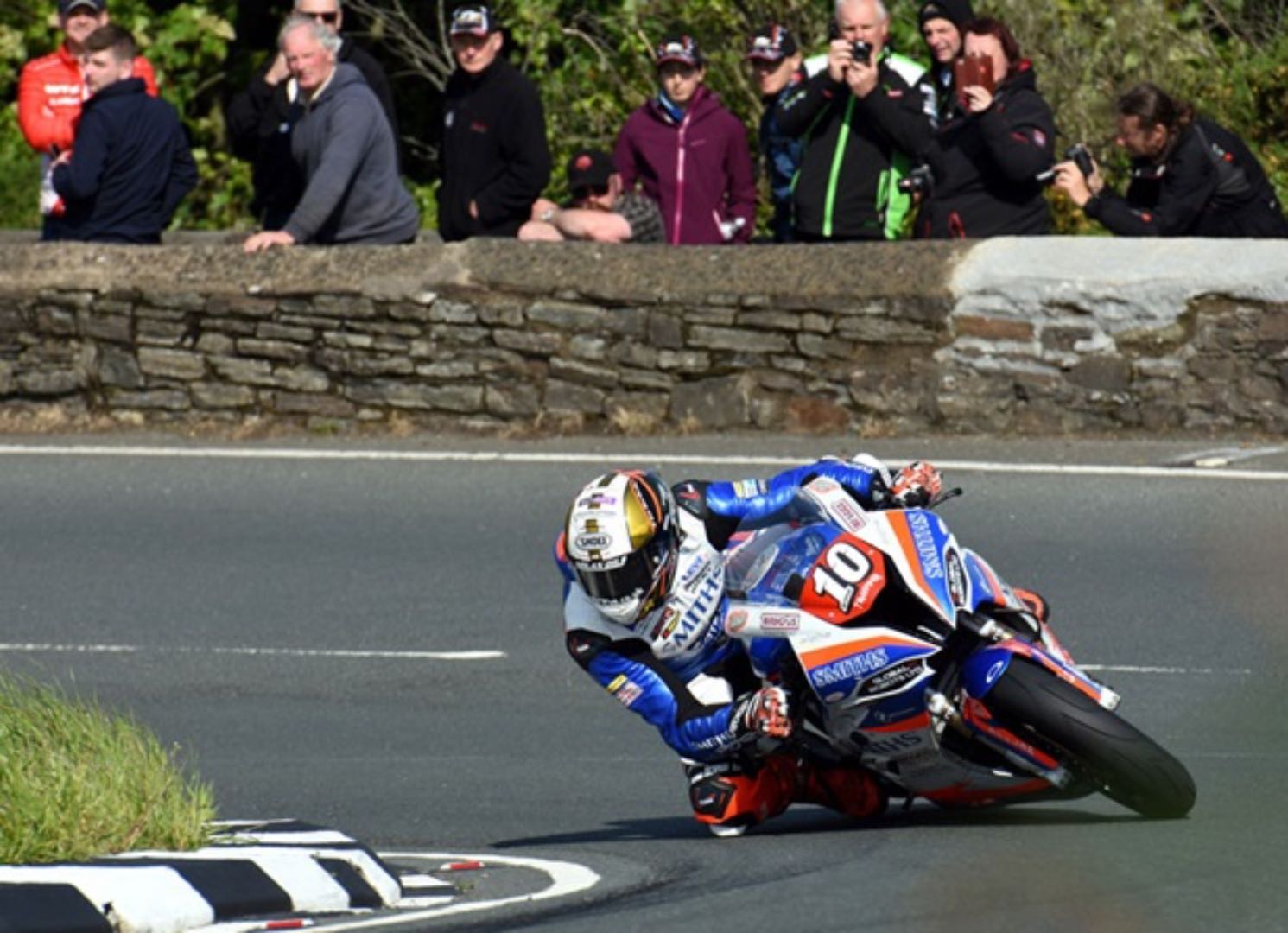 Claiming the final podium position was Honda Racing’s David Johnson, the Australian finishing just ahead of Tyco BMW pilot Michael Dunlop, the nephew of the late Joey Dunlop who holds the record of 26 TT wins.

This was Hickman’s third win of the 2019 Isle of Man TT, and fifth victory overall since debuting on the island in 2014.

Following is from the official IOM TT report:

Shortened to three laps to fit into the packed five-race schedule, Superstock race also saw the introduction of a compulsory pit stop at the end of lap 1. The move to a mandated stop was to ensure safety for riders and teams.

Hickman’s fast start saw him at Glen Helen 1.68 seconds faster than second-placed Dean Harrison who had an advantage of 1.582 seconds, in a repeat of the order from the earlier Supersport TT Race 2.

At Ballaugh Michael Dunlop had pulled up into third place, relegating Hillier to fourth ahead of Conor Cummins and Michael Rutter.

Hickman consolidated his position on the run out to Ramsey with a buffer of nearly four seconds over Harrison, while Dean’s lead on Michael Dunlop extended to 4.7 seconds as the leading three pulled away from the chasing riders.

Once more showing his total mastery of the Mountain section of the Course with a 9.026 second lead over Dean Harrison as they entered the pits.

132.02mph was Peter’s average speed for the opening lap, an almost incredible performance from a standing start and slowing down to enter the pit lane.

James Hillier’s race suffered a severe blow as he picked up a 30-second penalty for exceeding the pitlane speed limit of 60km/h, relegating him to ninth place behind Davey Todd at Glen Helen on lap two, indicating just how close the racing was at the front of the pack.

Time wise, Kawasaki mounted Harrison was in a BMW sandwich with the rampaging Hickman in front and a resurgent Michael Dunlop on the Tyco BMW 13.741 seconds behind him.

At Glen Helen on the third lap, Honda’s David Johnson had reeled in Michael Dunlop and claimed third place from him by only 0.784 seconds.

By Ramsey, the pendulum had swung back to Michael as he retook third place by just under half a second. Conor Cummins was far from out of contention for the third podium position, trailing Johnson by only five seconds at Ramsey.

Peter Hickman took a comfortable win with a cushion of 26.045 seconds over Harrison. The real excitement came in the battle for third place as Michael Dunlop and David Johnson powered down from the Bungalow with barely a second splitting them. In the end “Davo” took his first podium finish by an incredible 0.208 seconds from Dunlop, despite trailing him at Cronk-ny-Mona, to give Honda a very welcome return to the Superstock winner’s enclosure.