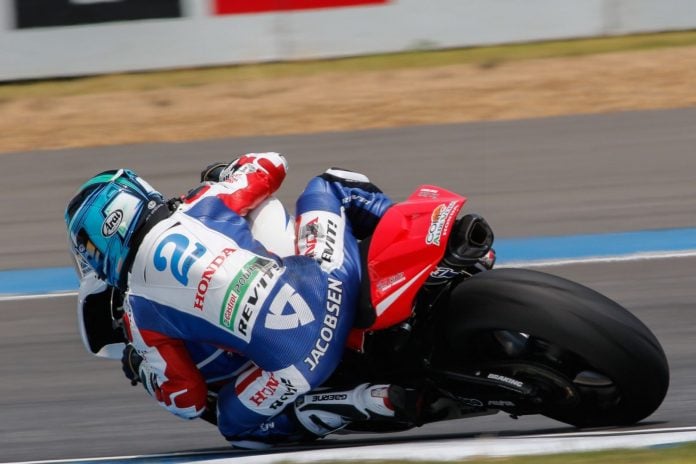 In October, with two rounds remaining in the 2018 World Superbike Championship, PJ Jacobsen and Triple M Honda mutually split ways.The New York native, who spent 2014 through 2017 in World Supersport before moving to World Superbike, 2019 plans were unclear.But this changed Wednesday. After five years of racing on the international stage Jacobsen will join the 2019 MotoAmerica Supersport Series.The 25-year old will compete on a Celtic/HSBK Racing Yamaha YZF-R6.Jacobsen has over 30 National Amateur Championships and after successful flat track and road racing seasons in America he raced abroad in British Superbike, World Supersport, and World Superbike.Most notably he finished runner-up in the 2015 World Supersport Championship though he switched from Kawasaki to Honda mid season. He has also built an impressive resume with numerous wins and podiums on the global stage. 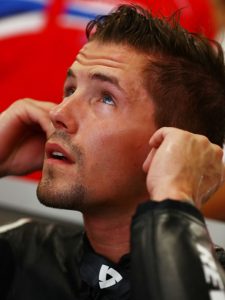 “I want to thank HSBK and Celtic racing for this opportunity,” Peter Jacobsen says. “I’m ready to get started with them right away, and I’m looking forward to a very strong year with them. We are all very motivated and ready to do what we can, and believe we can achieve great things.”“I’m excited to get back and show we have what it takes to run up front right away in a new class,” says Bobby Shek of HSBK Racing. “We chose the R6 because we feel it is the most competitive 600 right now. Our team has been busy building customer race bikes this past year, but it’s time for us to get back to racing.”Barry Gilsenan of Celtic Racing of responded: “Happy to be back racing after five years away. I have a good working relationship with Bobby and HSBK Racing and it made sense to join forces. We have put together a strong team to go after the Supersport Championship in 2019.”