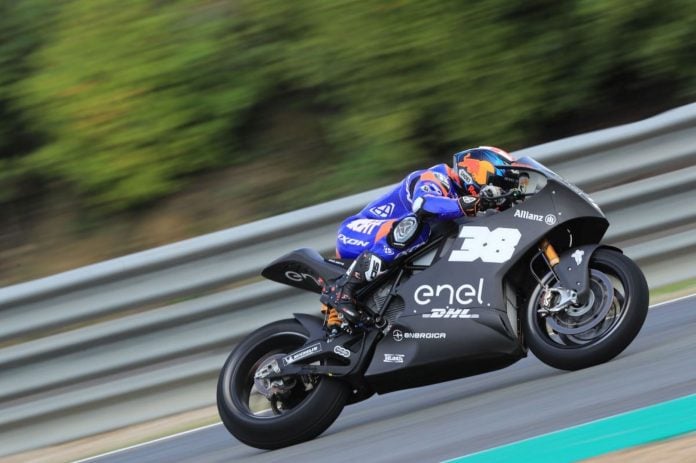 The MotoE World Cup is the newest addition to join MotoGP, Moto2 and Moto3 in World Championship motorcycle racing.The new generation of electric motorcycle racing – all competitors on identical Energica eBikes – had its first official outing last week during a three-day test at Jerez. 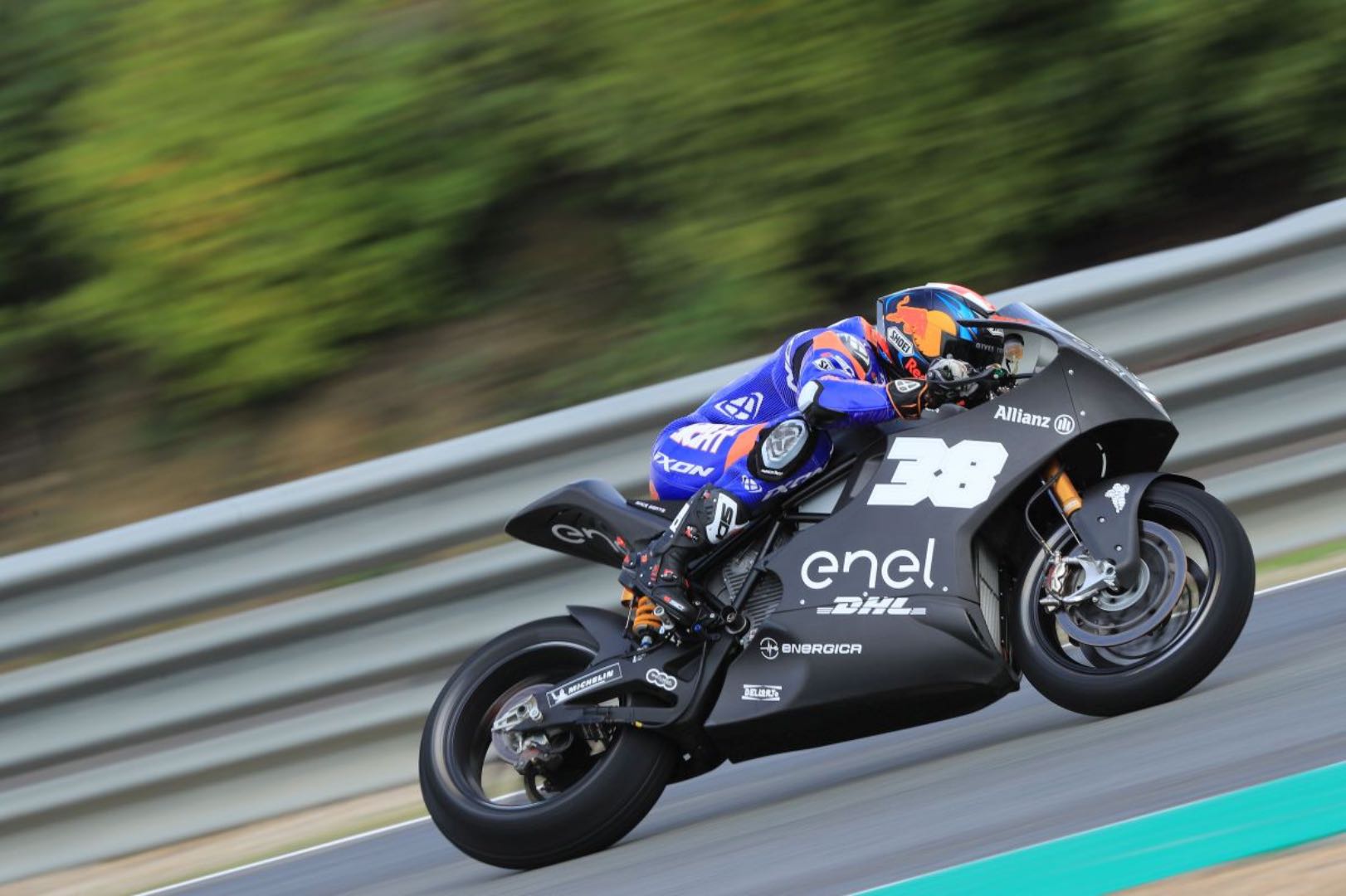 When the MotoE test results were in, ONE Energy Racing’s Bradley Smith dominated, claiming a best lap time of 1:50.265.To put this time into perspective, the MotoGP circuit record is a 1:38.735, which was claimed by Jorge Lorenzo in 2015 while he was with the factory Yamaha team.Rain was an issue on Friday, though things changed Saturday when Smith posted the top time. Sunday’s sessions were once again plagued by rain; Smith completed 29 laps, achieving a best of 1:52.272.The Brit – a factory rider on the Aprilia Racing Gresini RS-GP in 2019 MotoGP – was followed by AJO Motorsport Moto3’s Niki Tuuli (-0.362 of a second) and EG 0.0 Marc VDS’s Mike DiMeglio (-0.476).“I’m very happy with the work we’ve done today,” Bradley Smith said after the test. “We set a fast lap in the morning session, and I’ve felt better and better with the bike. In the afternoon we had mixed conditions on track, and it was good to have references for mapping and try out different setups to see what else we can work on for next March.“In the last session there were a lot of puddles; we went out with slicks and were very competitive again. I’m very satisfied with this first test, as we have always been among the fastest riders and we have more and more knowledge about the bike. We know which direction to take and what to do to improve. I really enjoyed myself with my new team, and I’m looking forward to coming back to Jerez in March!”The MotoE riders will now break until a second test scheduled for March 12-14 in Jerez. The five-round schedule begins in Jerez on May 5.