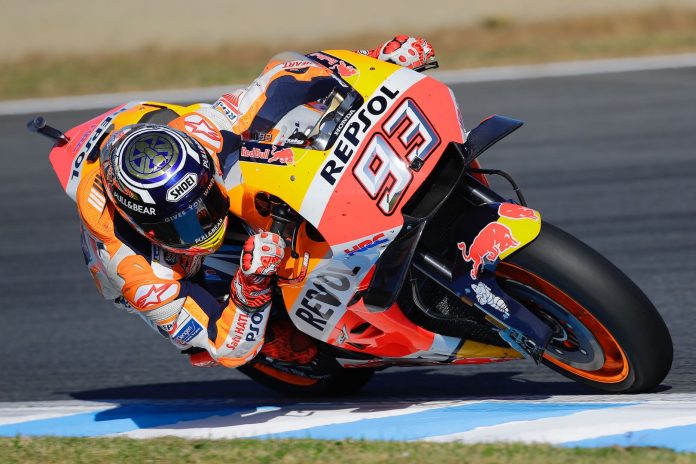 Marc Marquez has once again added to his young legendary status within the world of Grand Prix motorcycle racing.Following his win at Twin Ring Motegi Sunday, the 25-year-old Spaniard clinched his fifth-premier class title. The feat occurred with three rounds remaining in 2018 MotoGP; this was the Repsol Honda RC213V pilot’s eight of the season, and 69th of his career across all classes. 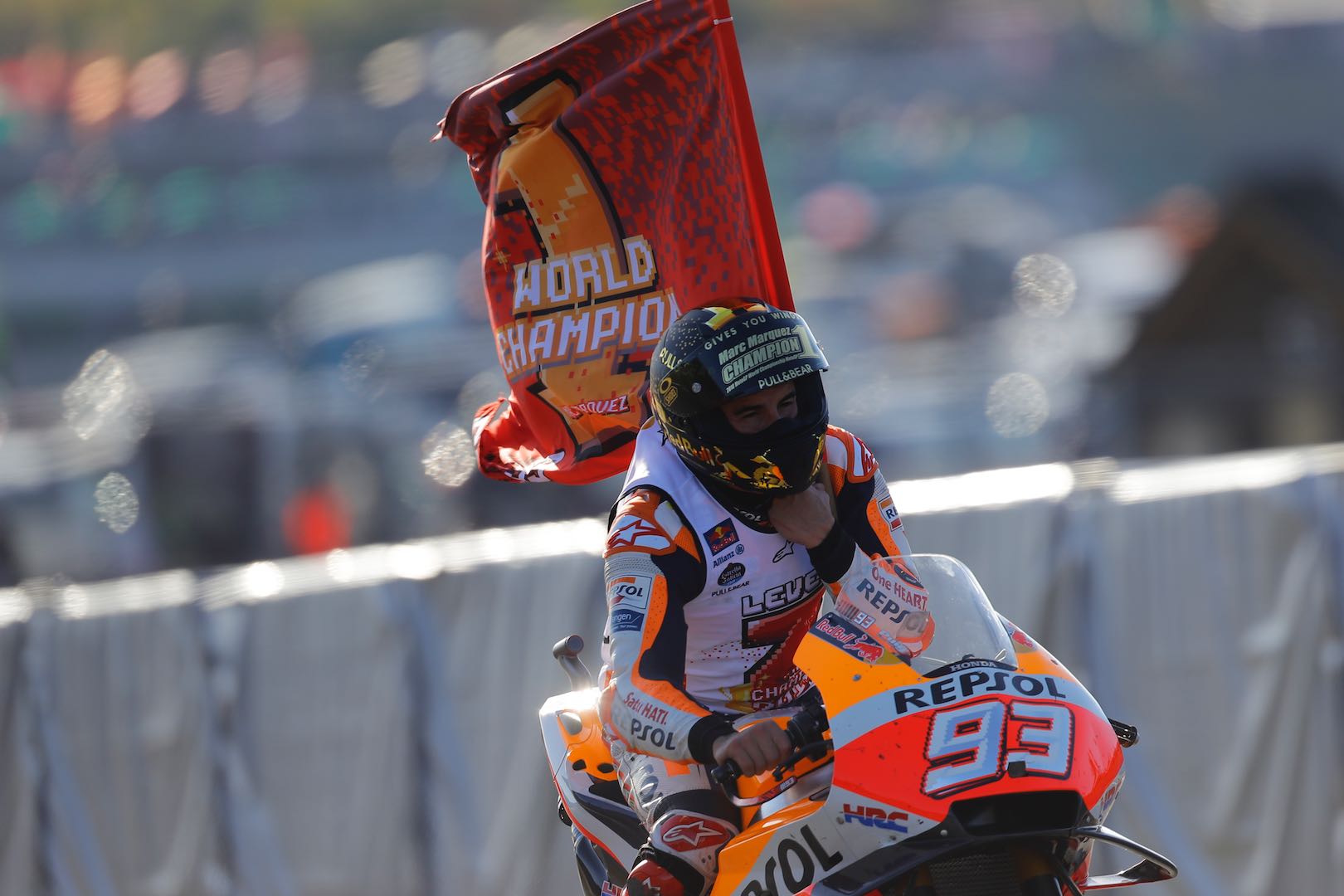 Marquez worked hard for the win; he started from sixth on the grid, but was quickly into second and battling with pole sitter Andrea Dovizioso on the Ducati Team GP18.With two laps remaining Marquez passed his rival Dovizioso. The Italian Dovi crashed out, and Marquez crossed the finish line unchallenged for the win.Marquez finished 1.5 seconds ahead of LCR Honda’s Cal Crutchlow, and 1.7 seconds ahead of Team Suzuki Ecstar’s Alex Rins.Following 2018 Motegi MotoGP, Marc Marquez said: “I feel really, really good. I would say it’s a dream came true, or better, that I’m living a dream. It’s something so special, here together with my team, all the Honda and HRC people, my family and my staff. 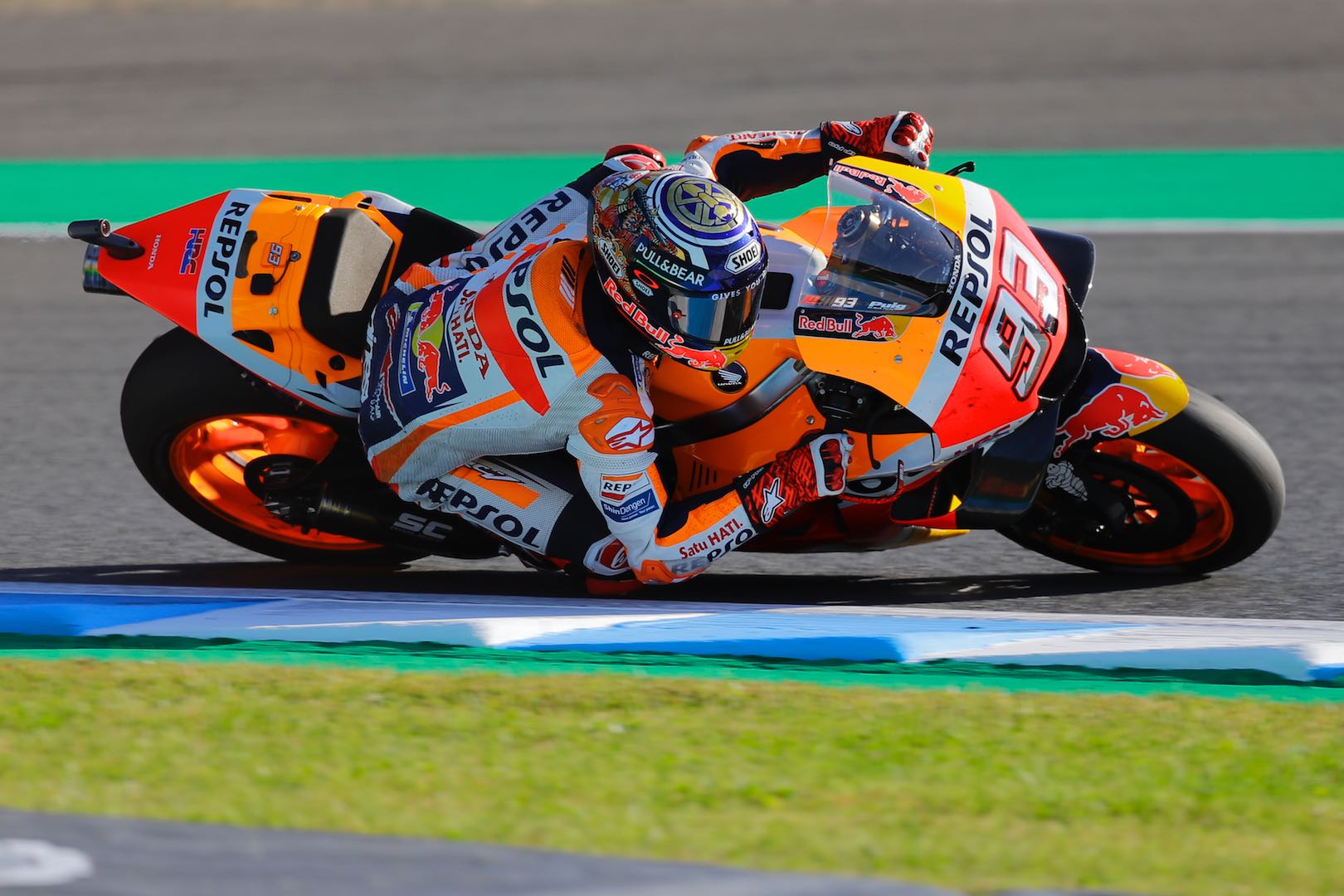 “It has been a great season, and ever since Aragon I’ve been tasting, imagining this title, because it was very close. Then I realized that this wasn’t my style, and I needed extra motivation, so I set the goal of trying to achieve it with my first match ball—in Motegi, by winning the race.“This circuit was a challenging one to manage that, but it seems like when I’m under pressure, I feel better on the bike! Today the race was as I expected. I was prepared to make a good start and immediately make some passes.“I got to second place at the end of the first lap, and then was able to follow Andrea and stay with him. I thought I could try and attack before the last lap because I felt I had something extra to give. He was pushing very hard and made a mistake, and that’s a shame because he deserved to be here on the podium.“That’s also something that I think Dani would deserve at least once this season. Anyway, when I crossed the finish line it was an explosion of joy. My people prepared this Level7 celebration, but I didn’t know anything ahead of time. I never want to know, but I think it’s because I used to play that kind of game a lot. Now it’s time to celebrate this seventh title and enjoy these final three races.” 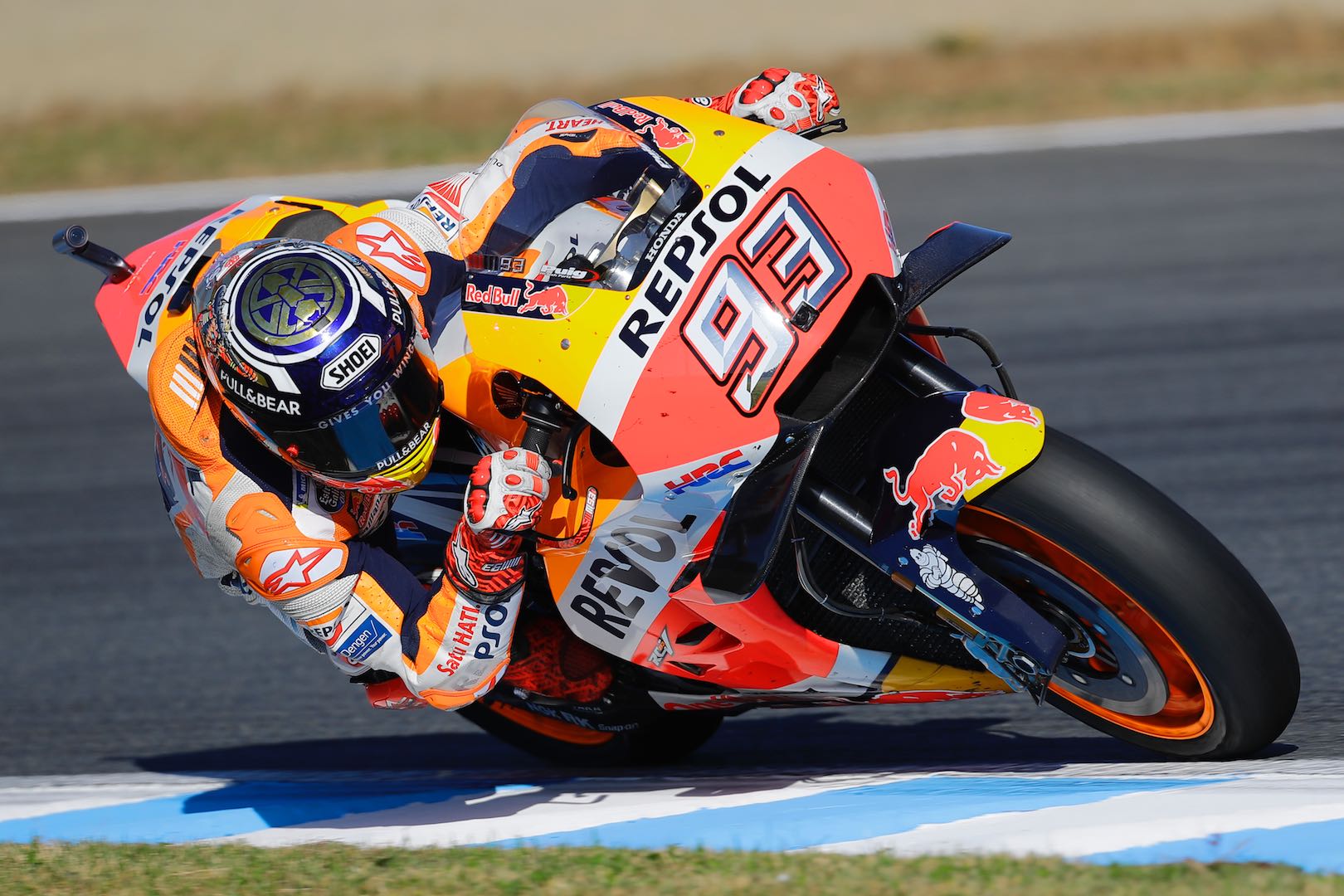 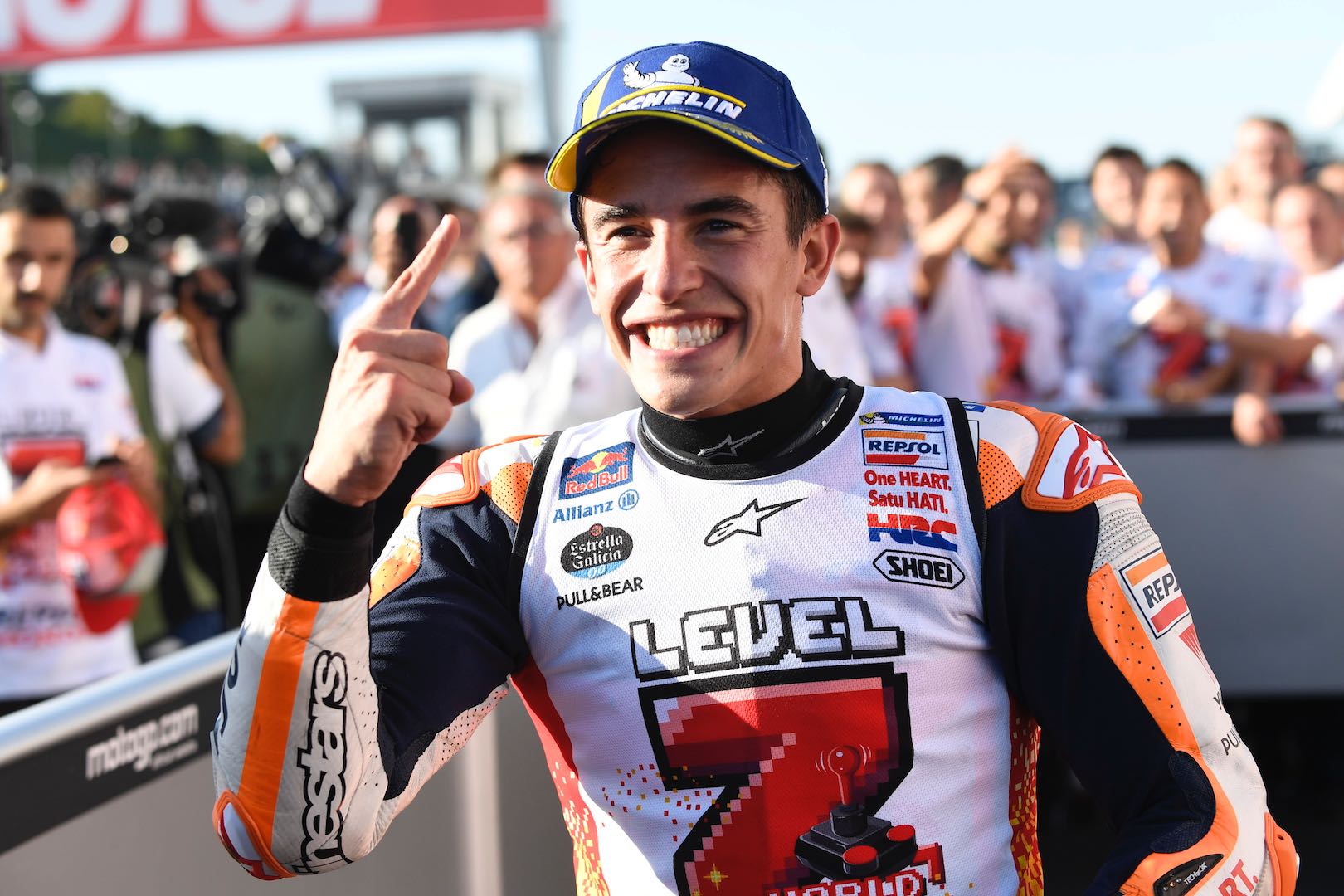 4. Marquez is one of only eight riders to have taken seven or more World Championships over all classes, the others being:5. Marquez has won all his MotoGP titles riding Honda motorcycles, equalling Mick Doohan as the riders with the most premier class titles with the Japanese manufacturer (5).6. Only one Spanish rider has won more world titles than Marquez: Angel Nieto, who won 13 World Championships (seven in the 125cc class and six in the 50cc class) between 1969 and 1984.7. Marquez has won at least five MotoGPs per season over the past nine years, across three categories: 125cc, Moto2 and MotoGP. He is the first rider to achieve this distinction in the 70-year history of motorcycle Grand Prix racing, beating his own record from last year. Previously, Mike Hailwood was the only man to have achieved at least five victories per season over seven years, across at least three classes, between 1961 and 1967. 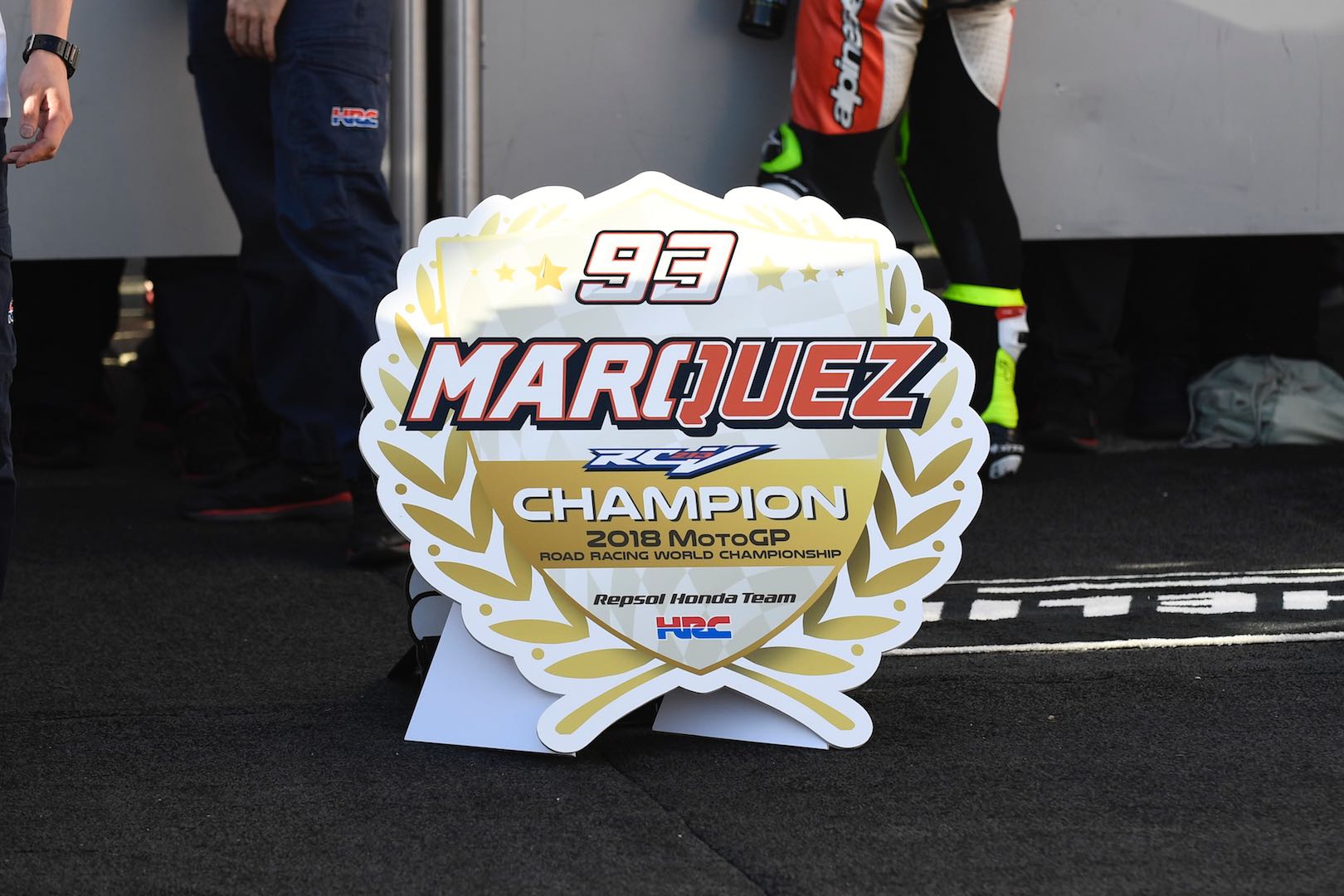 8. Marquez’s current tally of pole positions extends his all-time pole record (in the modern era, since 1974 when full poles began to be officially recorded) to 78 poles across all three classes.9. At Chang International Circuit, Marquez (25 years 231 days old) became the youngest rider to reach the milestone of 50 pole positions in the premier class of Grand Prix racing, taking the record from Mick Doohan. who was 32 years 122 days old when he set his 50th pole position in Australia back in 1997.10. This season Marquez has won more MotoGP races than any other rider: eight. He has also scored the most podiums – 13 – and the most pole positions: five.Photos by Luciano Bianchetto