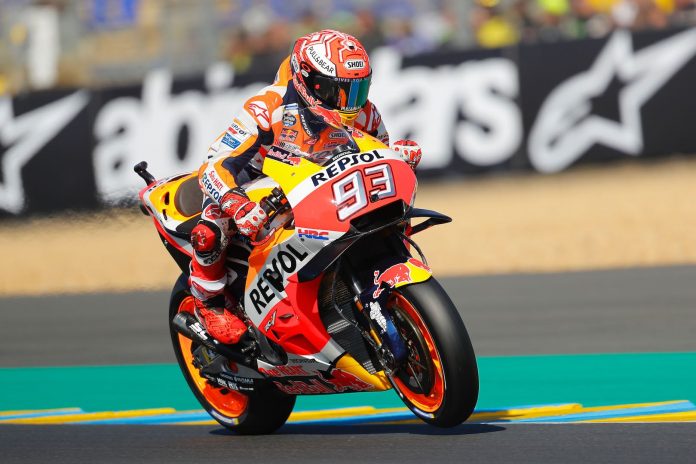 Since joining the premier MotoGP class in 2013, Repsol Honda’s Marc Marquez has only finished off the podium once at Brno.That was the 2014 Czech Grand Prix, and the four-time MotoGP Champion had to settle for fourth.Marquez’s Brno podiums include two victories, one from last year’s Brno MotoGP event. The race began wet, but once a dry line appeared, Marquez decided to switch to slicks before the others.This led to a dominating win by over 12 seconds ahead of his teammate Dani Pedrosa. 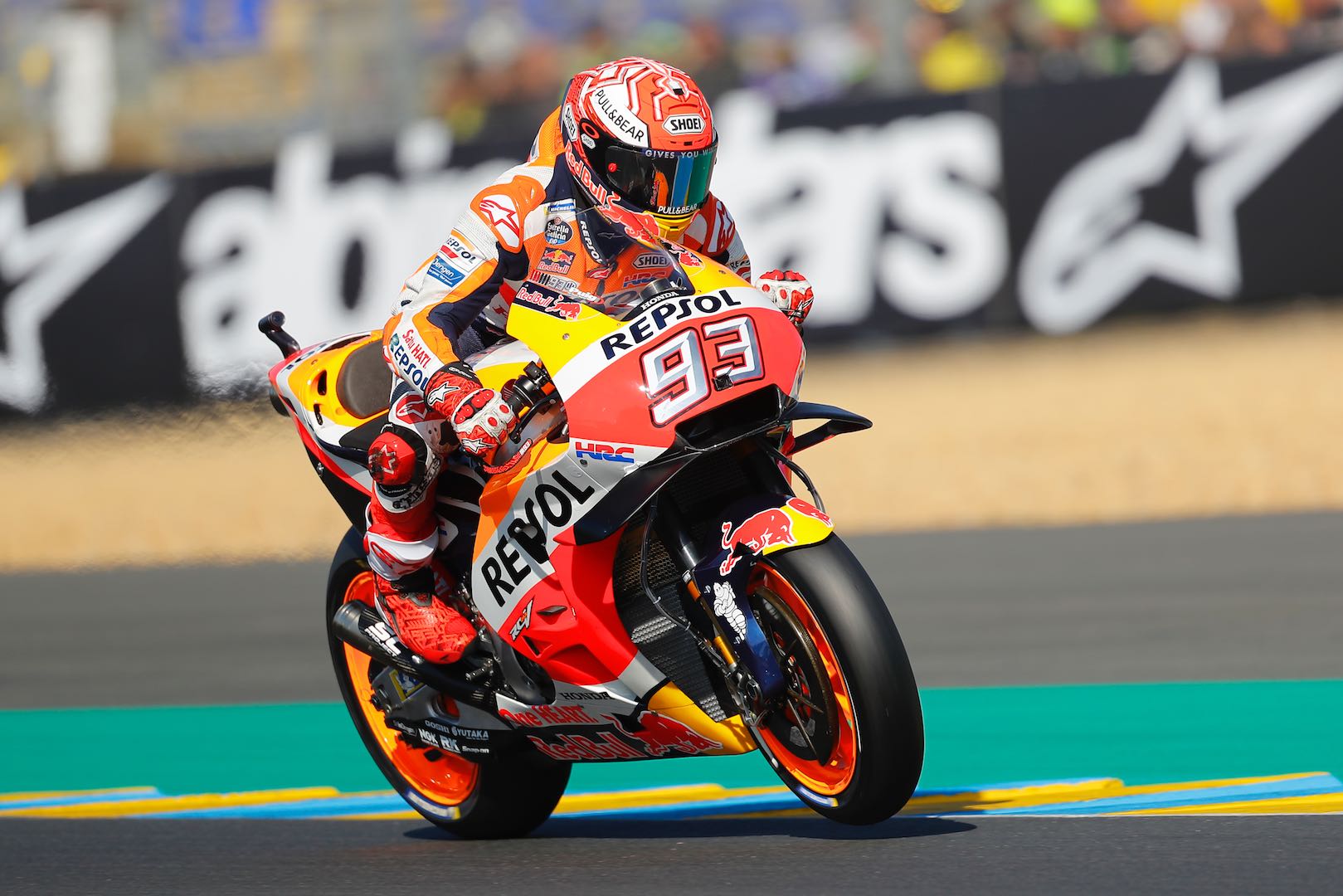 Marquez has this energy going, plus much more as the 2018 MotoGP Championship heads to Brno for round 10 of 19.The 25-year-old Spaniard, who holds the pole record of 1:54.596 at Brno, enters the Czech Republic after a two-race winning streak (Assen, Sachsenring).He also will compete in a milestone 100th MotoGP race this weekend. It’s worth taking a quick look at his 99-MotoGP race stats so far:Marquez has won five rounds this season, and leads the standings with 165 points – 46 ahead of Movistar Yamaha MotoGP’s Valentino Rossi, and 56 ahead of Rossi’s teammate, Maverick Vinales.Speaking ahead of 2018 Brno MotoGP, Marquez says “We had a good test at Brno and we’re coming off of wins at two very different races, one an all-out battle and one more tactical, so we arrive in Brno in a confident mood.“It was also good to enjoy a few days of vacation to recharge the batteries and prepare for the second half of the season, which will still be very long with 10 races to go, and not easy at all.“Our rivals are riding fast at every circuit and in every situation, so we must understand and plan the best strategy each time. We’re working very well with the team and the HRC engineers, and we must continue that trend.“I’ll go to Brno not thinking about the advantage in the Championship, as if we were all still at the beginning, on zero points. The target for Sunday is to try and win, but if the situation won’t allow it, we’ll manage to get the best result possible.” 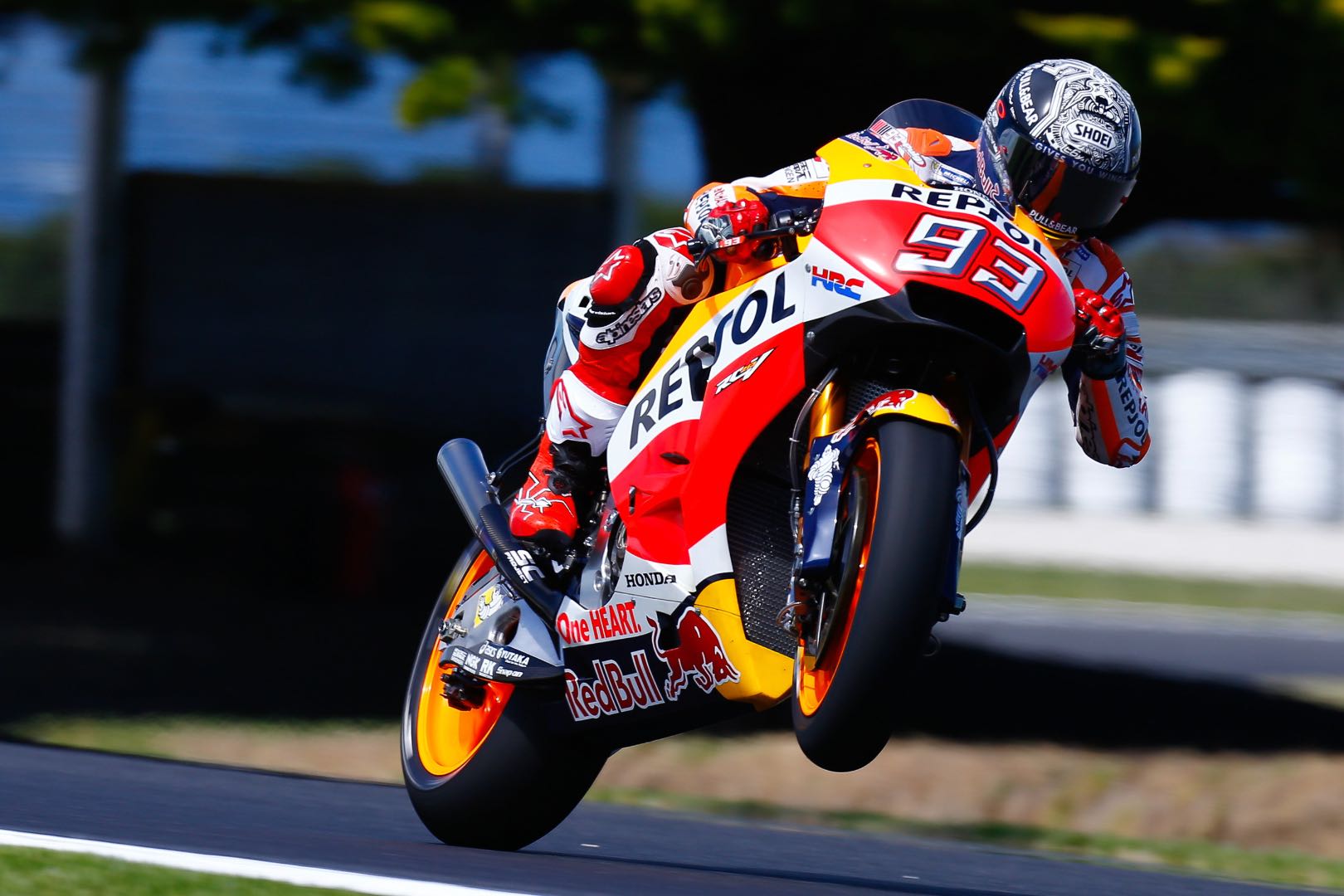 With all these stats behind him, Marquez is the clear favorite at Brno, though he’ll have pressure from Rossi, the Ducati Team duo of Jorge Lorenzo and Andrea Dovizioso, along with Repsol Honda teammate Dani Pedrosa, who departs from Honda at the conclusion of 2019 MotoGP.In regards to successful manufacturers and riders at Brno, it’s also worth noting the following stats:The 2018 Czech GP begins Friday with free practice, followed by practice/qualifying Saturday and the 21-lap MotoGP, which begins at 8 a.m. Sunday, August 3.For local TV times, visit 2018 MotoGP USA TV Schedule.