The FIM/AMA MotoAmerica Championship is now in its fourth season, and since its conception in 2015, we’ve seen significant growth in the paddock.Not just in the performance level of riders, some of which have come from across the globe to join, but the spectacle that is professional motorcycle racing has increased as well. Teams have expanded, trailers have gotten larger – in many ways, things are looking up.This new American road racing series is managed by KRAVE Group – led by four individuals whose passion for motorcycling and motorsports truly knows no bounds. 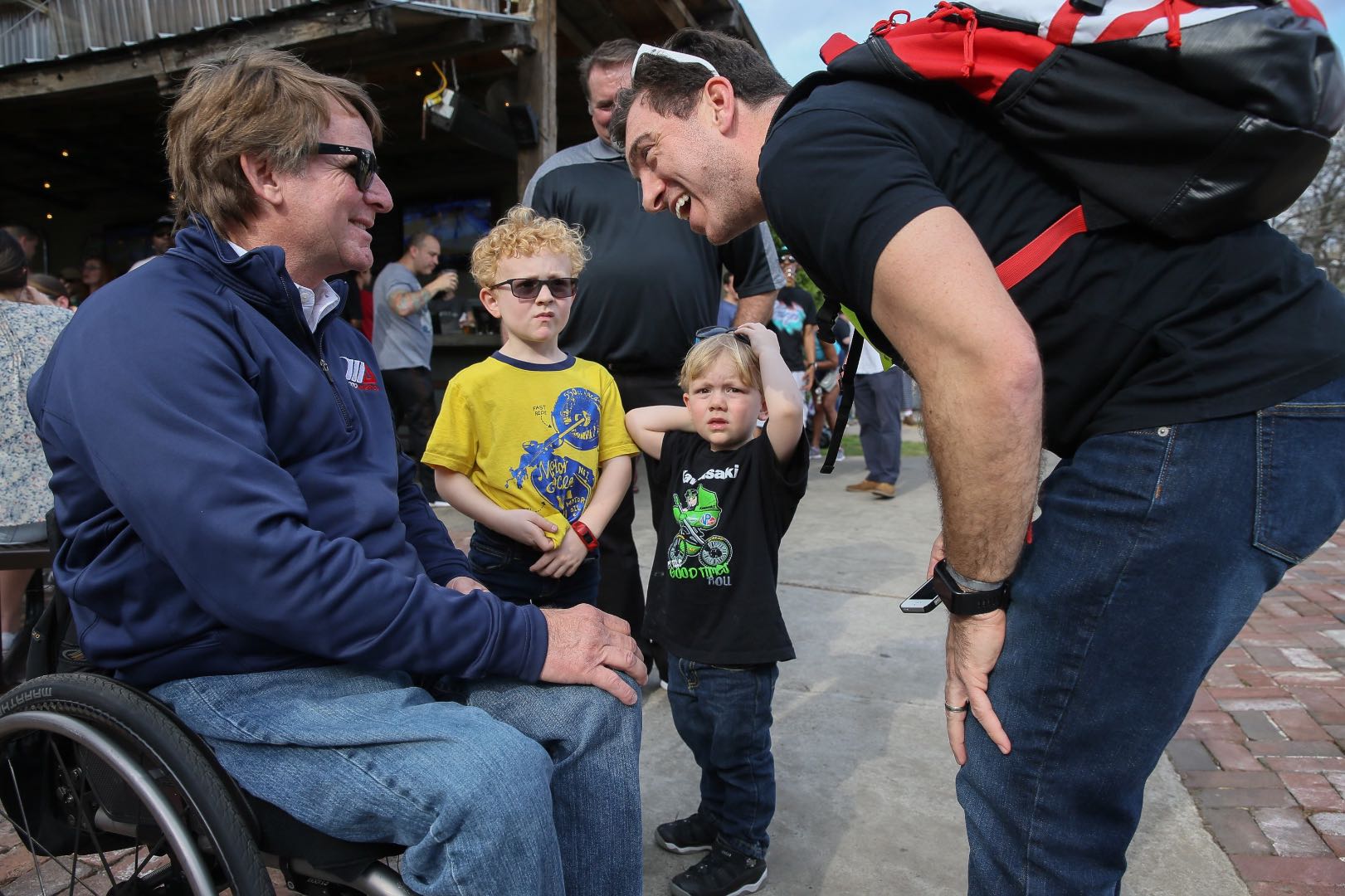 KRAVE is comprised of three-time 500cc World Champion Wayne Rainey; investor and CEO Richard Varner; the former Vice President of Motorsport Operations at Circuit of the Americas and former Managing Direction of Team Roberts in MotoGP, Chuck Aksland; and Terry Karges, the current Executive Direction of the Peterson Automotive Museum.The MotoAmerica Championship’s goal is to develop riders for the world-stage, hoping to reclaim some of the relevance that American riders once held in professional racing.Since 2015, MotoAmerica has gone through numerous changes in the structure of their championship.MotoAmerica has restructured classes and moved towards FIM homologation with the intention of preparing riders for World Superbike and MotoGP level riding.During MotoAmerica’s stop at WeatherTech Laguna Seca, we sat down with Wayne Rainey, Richard Varner, and Chuck Aksland to see how things are going and how they’re continuing to develop the championship.Ultimate Motorcycling: Let’s start at the beginning. The inaugural MotoAmerica season was put together quickly, coming to fruition in 2015 when the AMA stripped the former event organizer Daytona Motorsports Group (DMG) for numerous reasons. That suddenly left the AMA road racing series with no one to run or promote the event. How did KRAVE build this to what it is today?Wayne Rainey: We had no rules, no circuits, no staff – nothing.Richard Varner: We were four of us looking at each other (laughs)Rainey: We had to build our sponsorship team. It was just the four of us, but boom – we had to get the FIM guys over and create our rules; specifically, what works for us and our domestic championship. We had to create the class structure – everything.Before, DMG was running the race operations at the track, and there was some friction between the riders and teams. Well, we thought, “we can go down that path or go completely outside.” So, Chuck grabbed a guy from the British Superbike Series (Scott Smart), who works with DORNA and the FIM MotoGP program.That was a great move. That’s what we needed, just someone to come in with a clean sheet. He just showed everybody that we’re new and that we’re going to do things a different way. We got in-line with the FIM concerning our rules. We wanted to build our Superbike class as our main class, and we thought we’d follow that program.Then we began working with the manufacturers. With Suzuki and Yamaha already being there, there was a little bit of pushback in us wanting to change the electronic rules initially. But in talking to the other manufacturers, they said: “if you want us to come in and compete in your series, you’re going to have to follow the FIM rules.” So, we’ve done that, and we’re hoping that the other manufacturers come and play – as they said they would. We’re working on it.Chuck Aksland: Not only aligning the technical rules but on the sporting side too. We had a different starting procedure than what the rest of the world had. We thought it was important so when a guy like Cameron Beaubier, Josh Herrin, or Jake Gagne gets an opportunity to be a wildcard; he knows exactly what’s going to happen. The start of the race there is the same as the start of the race here. They don’t have to think about it.Varner: A perfect example of that is Josh Herrin bouncing back and forth yesterday 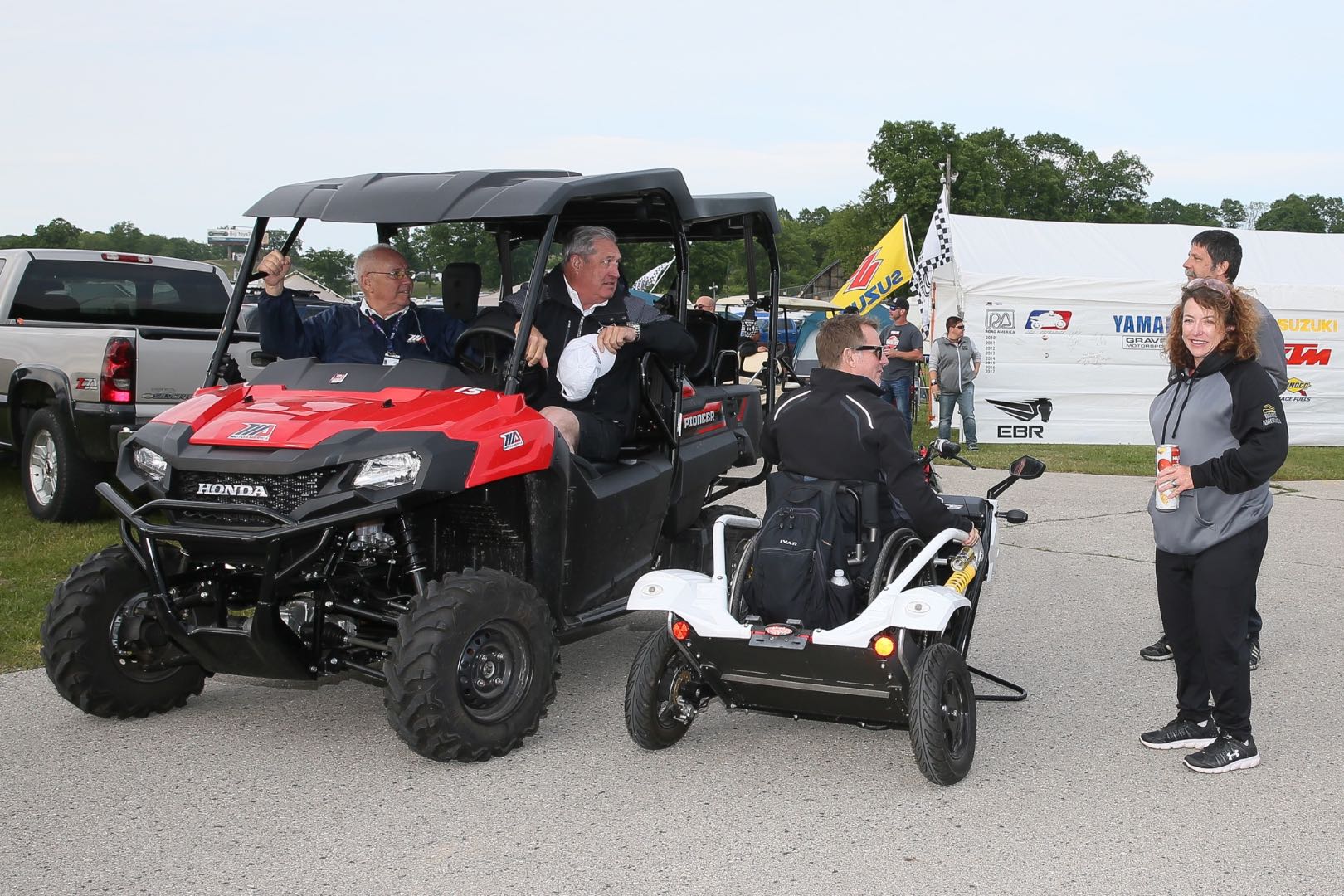 UM: Interesting. So, there has been a focus on building a series that can import or export riders?Varner: Not so much just that, but it’s more about bringing our series up to the proper standard. Why be separate? We’re as good as anybody in the world, so we’ll run the same rules and compete on an even basis with them. That’s really the main goal.Another thing that, specifically, Chuck and Wayne bring to this thing is credibility in the paddock. When it comes to reevaluate the rules, or make changes, the two of them go out and spend a lot of time with the teams. I don’t think you’ll find anybody that feels like they haven’t been consulted or the rules haven’t been discussed.Rainey: We’re easy to find – we’re always walking, or rolling –Aksland: Or riding scooters (laughs)Varner: Of course, the teams voice their concerns. But I think these two guys have done a great job of making sure that it happens. I think, from that standpoint, everyone is behind it. That makes a big difference.And the teams are stepping up. I mean, Richard Stanboli from Attack Performance, I’m just shocked at how well he’s done in a half of a season. Look at Josh Herrin, who was on a street bike in the first race – look at what’s he’s done. It’s been great. It’s exciting to see, and I think it builds interest in the sport.UM: Josh Herrin’s campaign has been beyond unique. Richard Stamboli has some history with the AMA paddock, as well, so he’s no stranger to racing.Varner: There’s a lot of history in the paddock. You know, we’d be stupid to not consult with the paddock. Speaking to someone like John Ulrich (Owner of Team Hammer and Roadracing World Magazine), he sees both sides of it, and he’s got a good feel for it. He’s a great resource. It’s important that everyone gets a good idea of what we’re trying to do.Rainey: We have an excellent relationship with the AMA, FIM, and Dorna. With MotoAmerica, we want our series to be competitive – we would love to have all racers, no matter where in the world they’re from – if they want to compete in the World Superbike Championship, that’s great, but we would hope they want to compete here like with what Beaubier is doing, or Toni Elias is doing. Those guys right now, we saw what Josh Herrin did – they could jump over there in that World Superbike event and be competitive.If Herrin wasn’t racing in both series right now, I think he’d be doing a whole lot better in the World Superbike event than he’s currently showing right now.Varner: He’s been on Dunlop for most of his life too – so he’s going between two sets of tires –Rainey: I mean, Mat Mladin tried to do that years ago. I think he ended up pulling out because he couldn’t do both. When the Americans focus on that (WSBK) like Doug Polen, they can do well.But this is our one race where we get to show how close we are to the WSBK paddock. Every year we’ve been here, we’ve tightened the times. We’ve halved the time almost every year.Herrin was running 1:25’s and they ended up pulling in due to issues, but that’s doing good. The main points of comparisons that we can work with are the Yamaha teams here and the Yamaha teams over there because we don’t have a Kawasaki team, we don’t have a Ducati team. So, we can only have direct comparisons with what the Yamaha teams are doing.Varner: Yesterday, Herrin was running ‘22.9’s I believe?Aksland: Yeah. That would have put him around sixth on the grid, I believe. 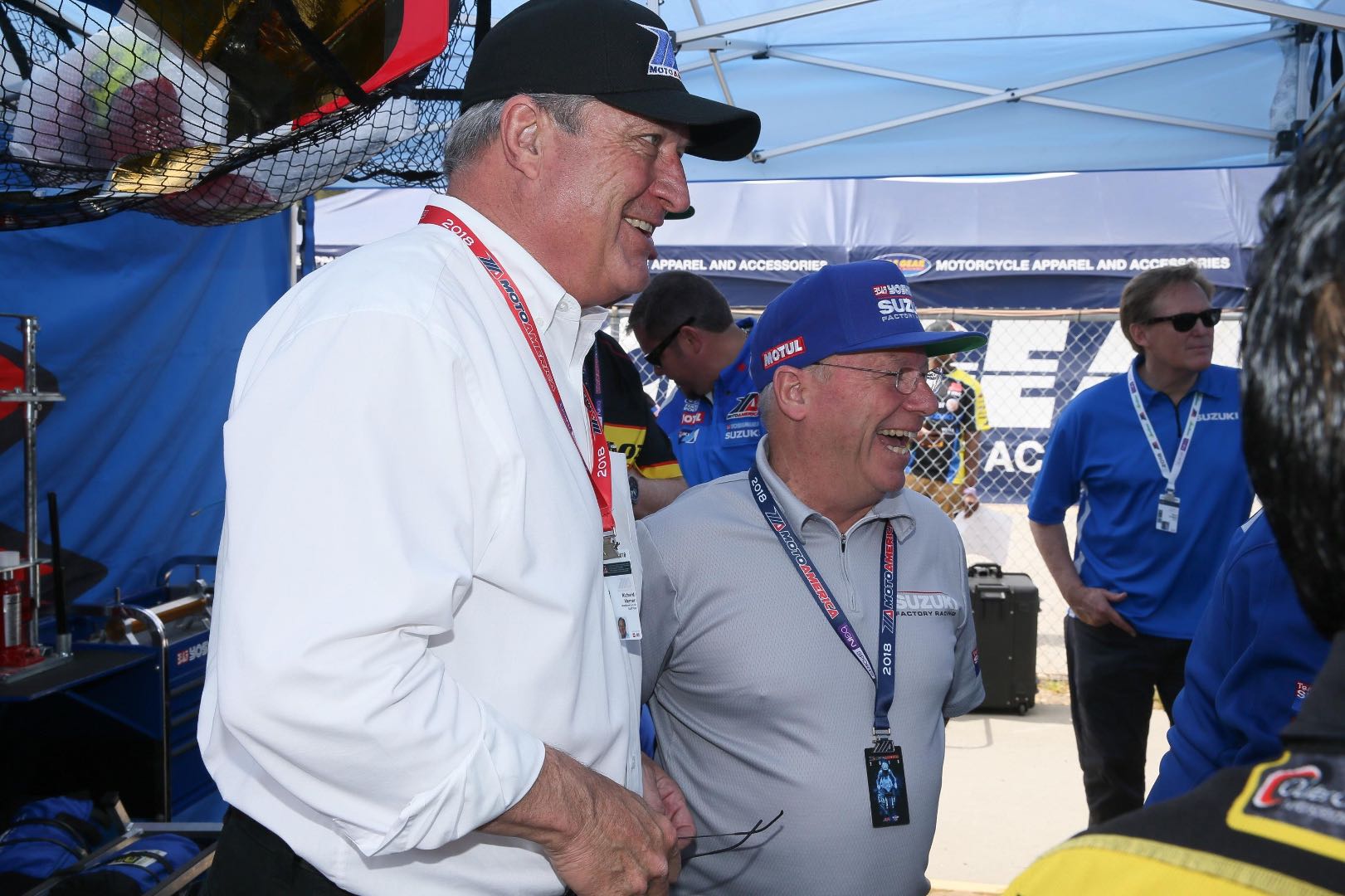