The drama continues for Repsol Honda’s Marc Marquez. After receiving three penalties last week at Argentina’s Termas de Rio Hondo, Marquez headed into Circuit of the Americas with a clear head, saying he was putting it all behind him.

The 25-year-old Spaniard was hoping to claim a sixth-straight win from pole at COTA, and though he crashed at turn 13 during the second 15-minute qualifying session, he was able to claim pole.

But it didn’t last long.

When Marquez returned onto the track with his backup RC213V to finish the remaining five minutes of the qualifying session, the FIM MotoGP Stewards Panel said he was “riding in an irresponsible manner being slow on the racing line and disturbing another rider.”

That other rider was Movistar Yamaha MotoGP’s Maverick Vinales. The Spaniard was completed a hot lap at full pace, and was forced to slow due to Marquez, who obviously wasn’t up to full pace yet.

Due to this, Marquez was penalized three positions, and will start Sunday’s 20-lap Grand Prix of the Americas from fourth.

“Basically, today was good for us, as we were the fastest in qualifying and, most importantly, were able to keep a good race pace in FP3 and FP4,” Marc Marquez says. “Of course qualifying was a bit hectic. I crashed and had to take my second bike for the second run.

“I went out, and unfortunately I didn’t expect Maverick to arrive behind me because I was focused on Andrea (Iannone), who was waiting ahead and who I knew could be very fast. I apologized to Maverick but I didn’t realize he was behind me until I heard his engine. So tomorrow I’ll start from fourth.

“It will be important to choose the right tire; we’ve worked a lot on used tires and I was able to be consistent during the practices, but this track is quite physically demanding and tomorrow the temperature should be higher, so we’ll see. We’ll try and remain fully concentrated.”

This awarded Vinales with the pole, his first of 2018 MotoGP. Vinales will be joined on the front row by Friday’s leader, Team Suzuki Ecstar’s Andra Iannone, and Monster Yamaha Tech 3’s Johann Zarco. Iannone finished 0.145 of a second behind Vinales, and Zarco 0.146 of a second back.

“For sure I‘m very satisfied,” Maverick Vinales says. “It‘s been a long time since I was on the first row. I think tomorrow we can do a great race. I felt really good with the tires, especially the rear. I think that tomorrow we still have a little room to improve. Race by race I‘m finding my own bike, my own style, and I still have a margin to push more. I‘m quite happy and tomorrow we‘re going to try to be even faster.

“I‘m very much focused on tomorrow. We had great pace in FP4 and we have to keep pushing. I think fighting for the victory will be difficult, but not impossible. I feel good and I feel good on the bike, so let‘s see. I think between today and tomorrow we can make another step.”

Marquez now head’s up row two, ahead of nine-time World Champion Valentino Rossi (Movistar Yamaha MotoGP YZR-M1) and Ducati Team’s Jorge Lorenzo. Rossi didn’t say anything new about the Marquez incident in Argentina (Marquez caused Rossi to crash and was penalized), but said his thoughts didn’t change regarding not feeling safe on the track with Marquez.

The riders return to Circuit of the Americas for round 3 of MotoGP Sunday morning. Lights go green at 3 p.m. EDT. 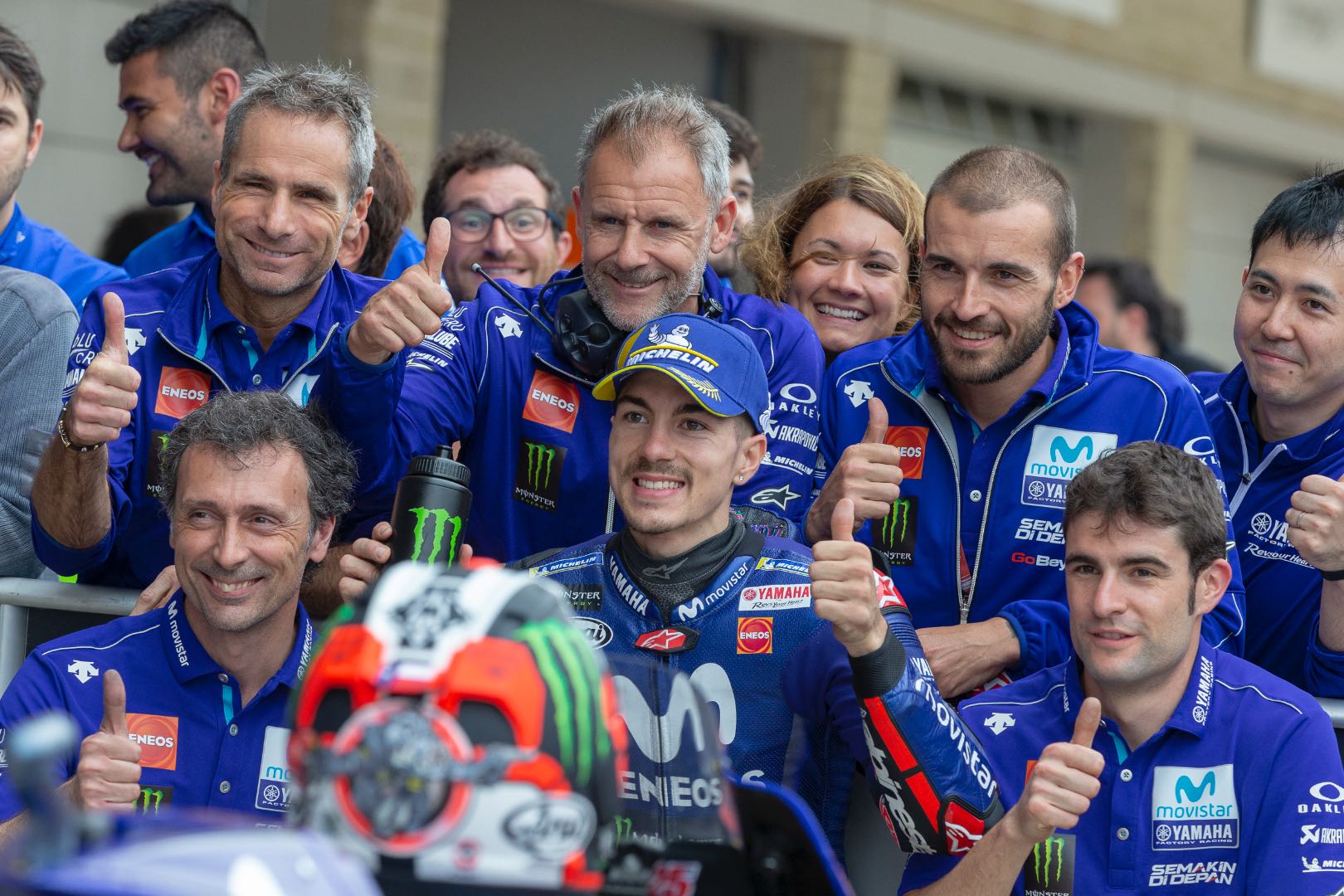