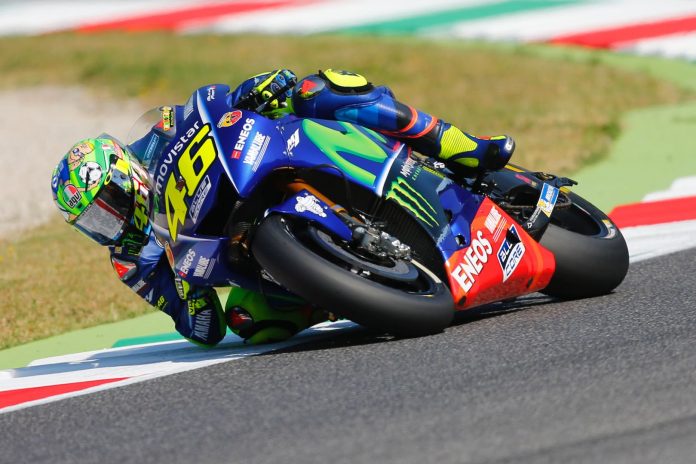 At 39-years old, Valentino Rossi has once again hushed any rumors of retirement from MotoGP. The nine-time World Champion extended his contract with the Movistar Yamaha MotoGP team for another two years, Rossi remaining on the factory YZR-M1 through 2020 MotoGP.Upon successful completion of MotoGP racing through 2020, the Italian will compete in a record 24 seasons of Grand Prix, which will include 20 years in the premier class, with 15 of those on a Yamaha, four on a Honda, and two on a Ducati. 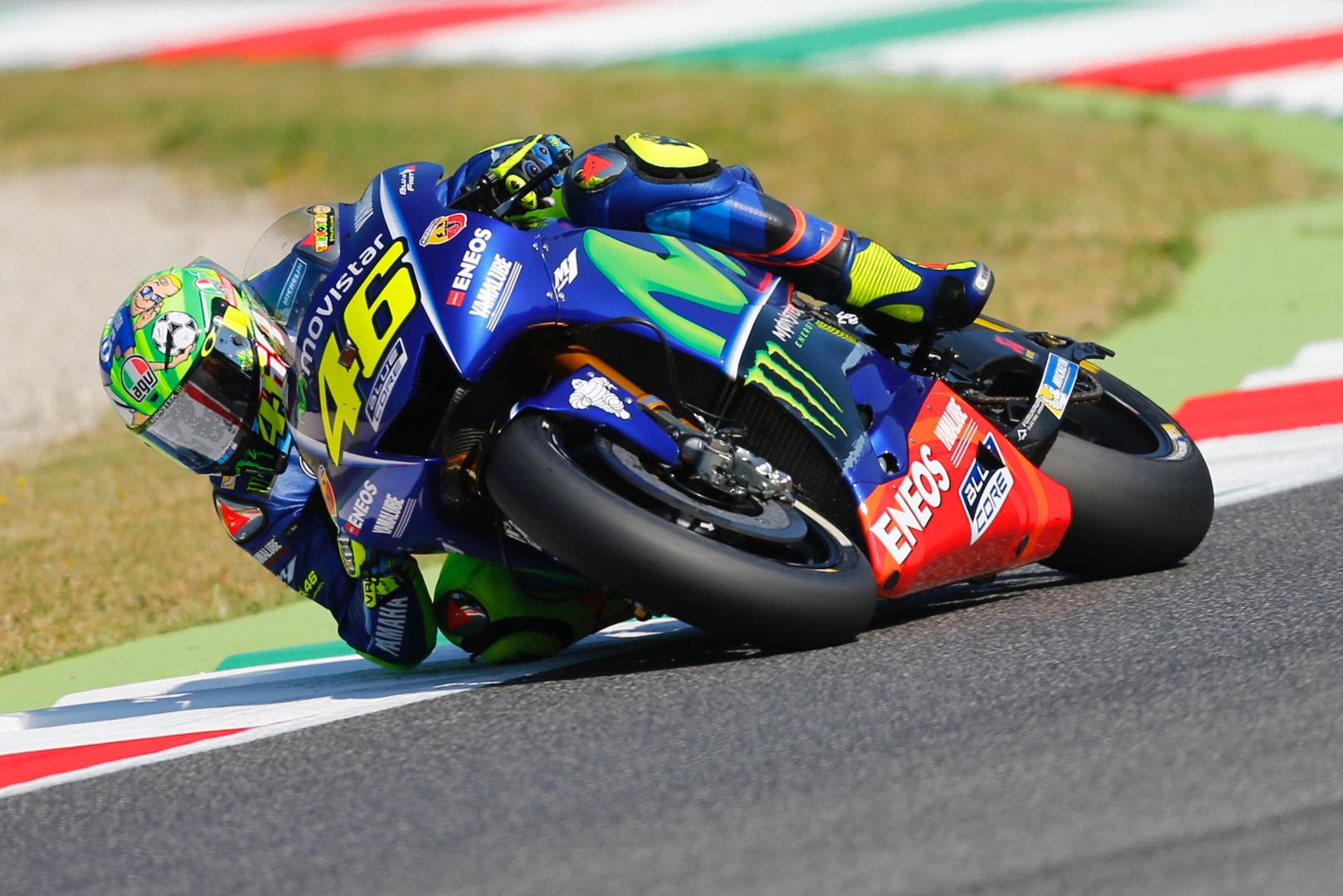 “When I signed my last contract with Yamaha, in March 2016, I wondered if that would have been the last contract as a MotoGP rider,” Valentino Rossi says.“At that time, I decided that I’d take that decision during the following two years. During the last two years I came to the conclusion that I want to continue because racing, being a MotoGP rider, but especially riding my M1, is the thing that makes me feel good.“Having the opportunity to work with my team, with Silvano, Matteo and all my mechanics, and working with all Japanese engineers, Tsuji-san, and above all Tsuya-san, is a pleasure – I’m happy.“I want to thank Yamaha – Lin Jarvis and Maio Meregalli in particular – for their trust in me, because the challenge is difficult: being competitive until I’m 40 years old! I know it’s going to be difficult and it requires a lot of effort from my side and a lot of training but I’m ready, I am not lacking in motivation, that’s why I’m signing for two more years.” 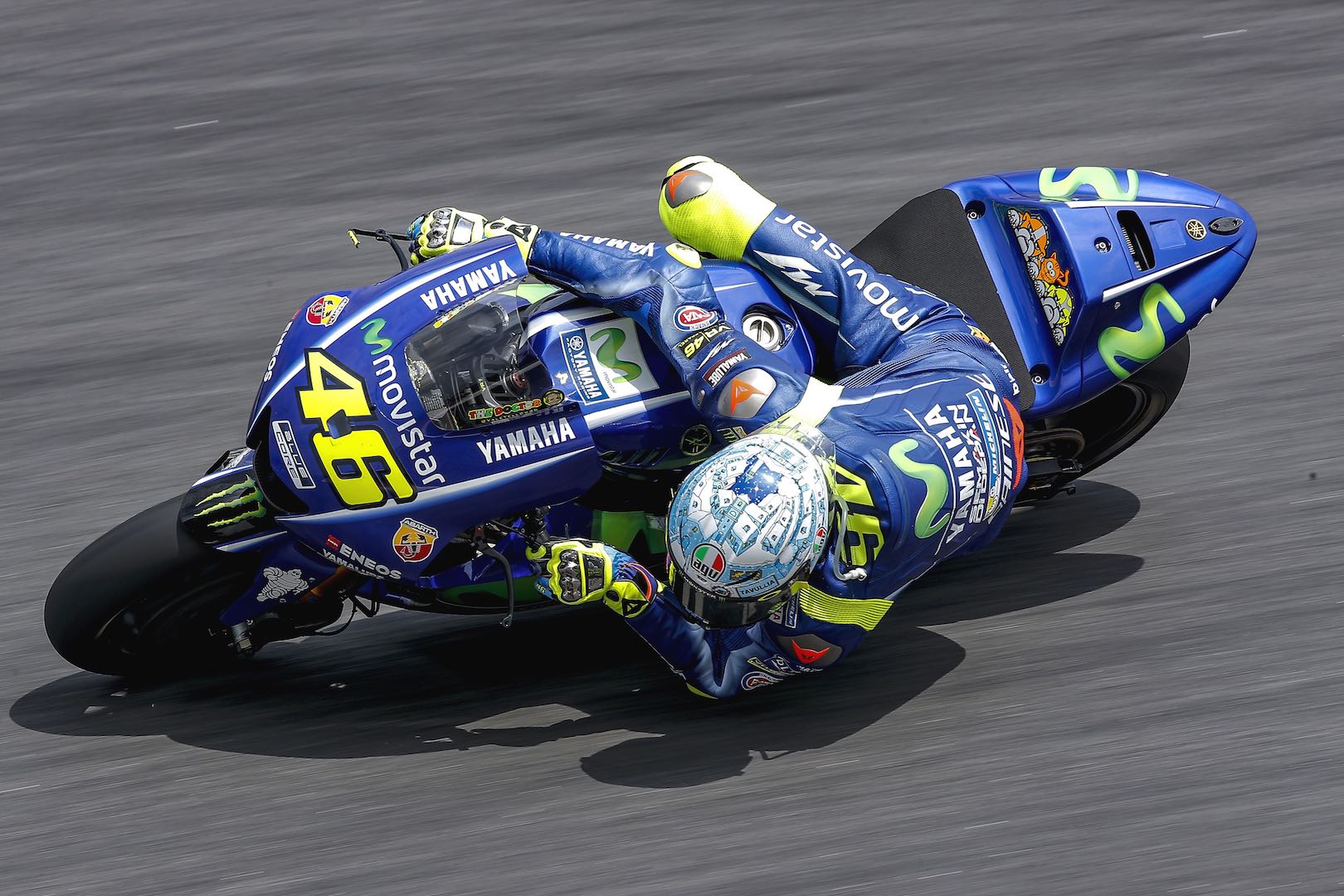 Rossi joined the factory Yamaha team in 2004 after winning three-straight titles on Honda machinery in the premier class. He won that championship, and followed it up with titles in 2005, 2008 and 2009. Rossi spent two sour years with Ducati Team in 2011 and 2012 before returning with Yamaha in 2013.Movistar Yamaha MotoGP says “This new, two-year deal demonstrates both Yamaha’s commitment to the nine-time World Champion and vice-versa, as they seek to be fighting consistently at the front once again. After some ups and downs in 2017, as well as an injury mid-season, the target is set high again for this season – could a tenth be on the way?”Rossi is Yamaha’s most successful winner in GP history with 56 wins, 43 runner-up and 35 third-place finishes. He has raced 206 GPs with Yamaha, and claimed 11 percent of Yamaha’s 500 GP victories.“The confirmation of Valentino‘s two-year extension of his Agreement with Yamaha is a great way to start the 2018 season that kicks off officially on Friday in Qatar,” says Lin Jarvis, Managing Director of Yamaha Motor Racing.“The news may not be a great surprise because Valentino has made it clear that he wanted to continue to race, but the reconfirmation will surely come as welcome news for his millions of fans around the world.“It was very easy to reach an agreement together – as a Factory Team we need top riders capable to win and with the total commitment to do what it takes to achieve the goal. Despite his many years in the sport and his 39 years, Vale is as committed today as he ever was and there is no doubt he is still a top rider, as witnessed most recently by his second position in the final pre-season test here in Qatar. Now it is our job as a team and a factory to give him the best possible YZR-M1 to let him fight for race wins and championship success.“Having both Maverick and Valentino now signed for 2019-20 allows us to just focus all of our energy on the 2018 season and to be strong contenders at every single MotoGP Grand Prix. It promises to be a highly competitive season and like all the fans – we in Yamaha are truly excited to go racing on Sunday night here in Losail.” 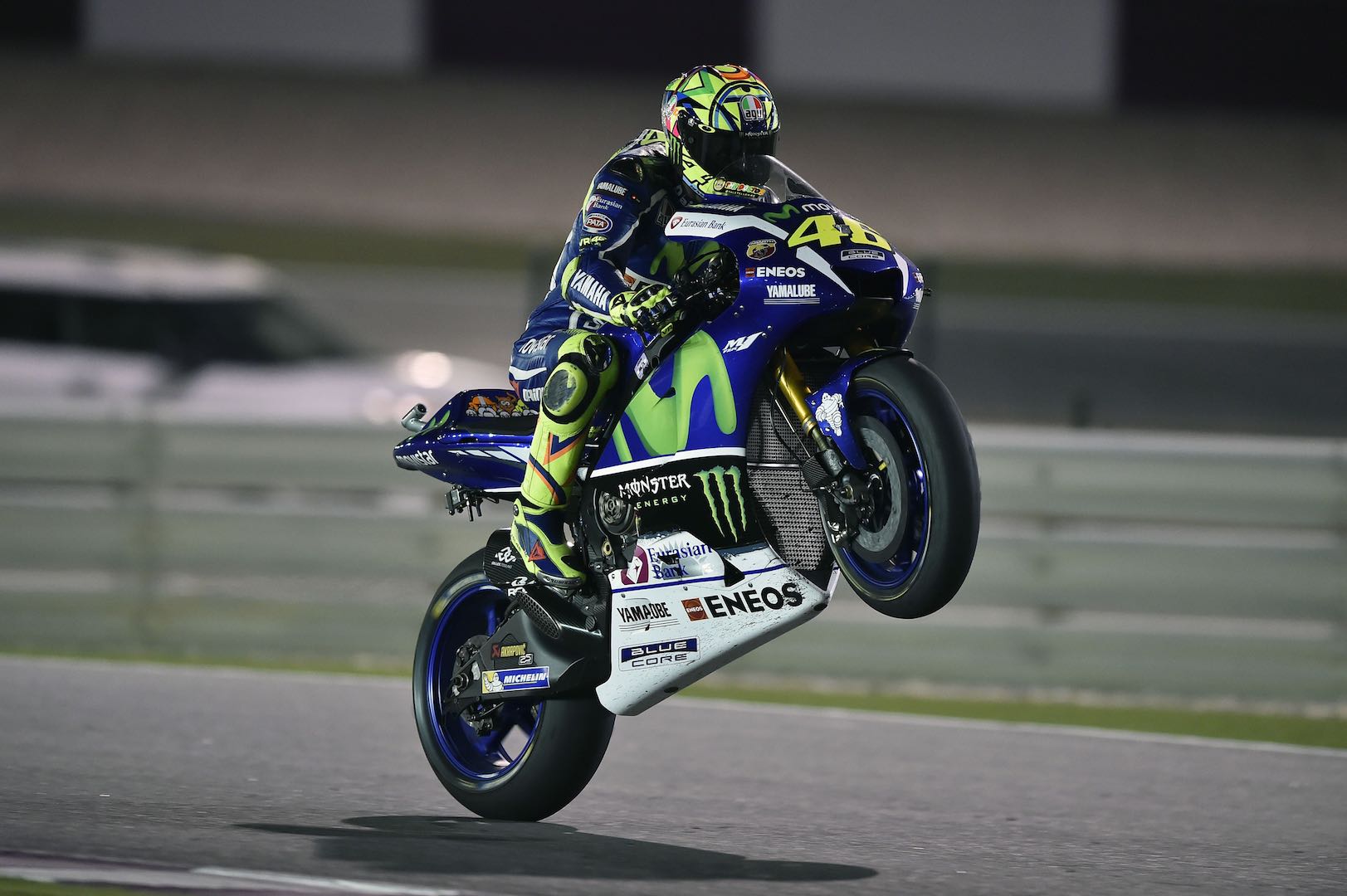 “The Doctor” brings much energy to MotoGP, and a 10th title for him would do much for the popularity of Grand Prix motorcycle racing.Rossi begins his mission for a 10th World Title this weekend at the opening round of 2018 MotoGP at Qatar’s Losail International Circuit.