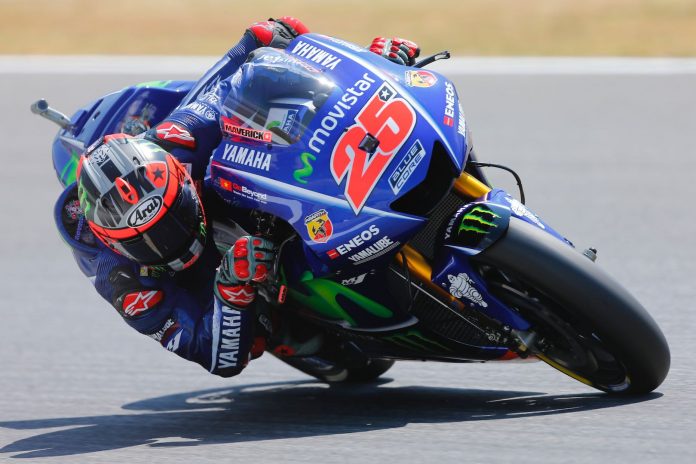 Just ahead of the first official test of 2018 MotoGP at Sepang International Circuit (January 28-30), Movistar Yamaha MotoGP announced the extension of Maverick Vinales’ contract.Vinales, who finished his debut year on the factory Yamaha YZR-M1 in third, will continue to ride with the team through 2020, Yamaha announced at a team presentation held in Casa Del Lector, Matadero (Madrid, Spain). 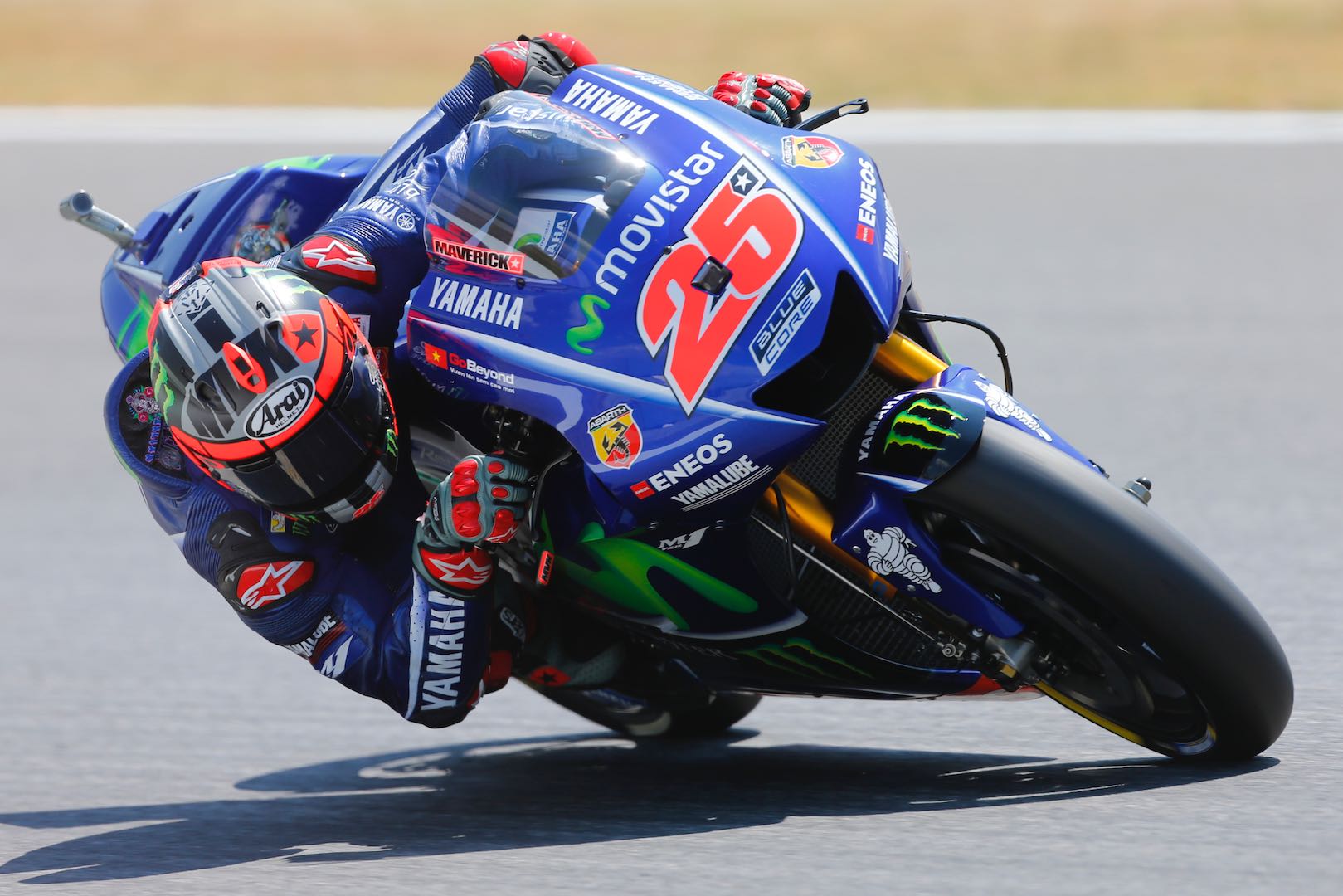 In 2017 MotoGP, the 23-year-old Spaniard – a teammate of nine-time World Champion Valentino Rossi – finished on the podium seven times, which included three race wins. The team says Vinales will once again be a strong contender in 2018.“I‘m really happy that Yamaha and I have extended our contract by two more years,” Maverick Vinales says. “It‘s great for me and the team that we were able to make this announcement this early on, because it gives us a sense of calm: we know that I will continue riding my M1 for the coming three seasons, so now we can just focus on the actual racing.“I‘m very satisfied with this decision. I have a lot of belief in the team and in Yamaha and I‘m happy that they feel the same way. I want to thank Yamaha for their vote of confidence, and also the fans, who are always supporting us. We will continue to work hard. We will be pushing to the maximum at all the Grands Prix and I look forward to three more incredible seasons together!”Lin Jarvis, Managing Director, Yamaha Motor Racing, said: “I‘m very happy we have reached an agreement for Maverick to continue as a factory rider for Yamaha. The announcement that he will be staying with the team for two further years after 2018 is a fantastic way to start the new season: it shows clear commitment by both parties and affirms a reciprocal confidence that together we can achieve our mutual goal of becoming MotoGP World Champions.“Maverick has been a real asset to the team as soon as he came in. He‘s full of motivation and never loses sight of his goals. The 2017 season wasn‘t easy, yet he has already delivered Yamaha three race wins and secured the manufacturer its 500th Grand Prix win in his first year with us. Furthermore, he took third in the championship standings after switching manufacturers, which is also an impressive achievement.“Maverick is still very young, so we see a great future for him in Grand Prix racing, and we are very excited to challenge alongside with him during the upcoming three seasons of MotoGP.” 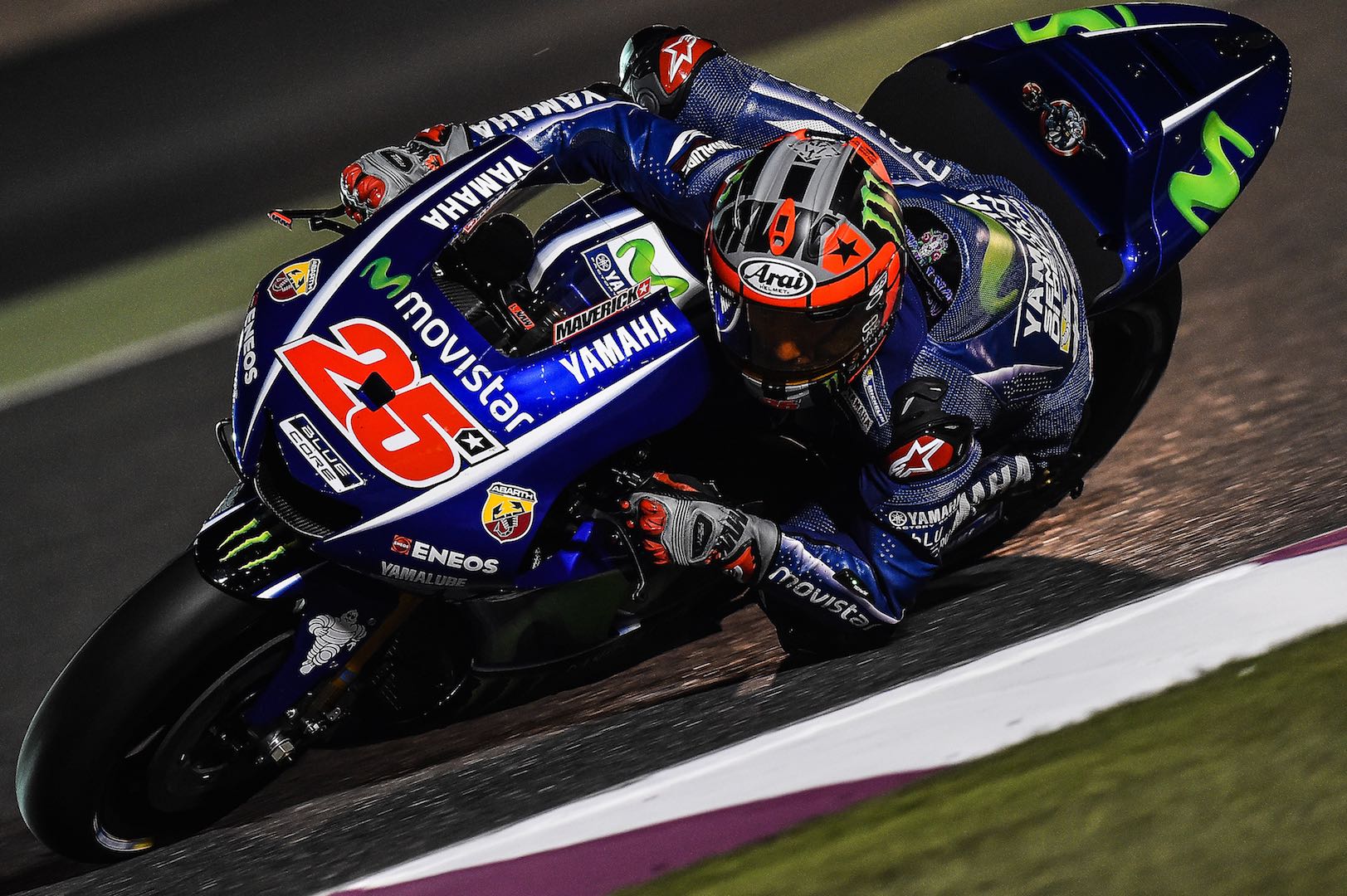