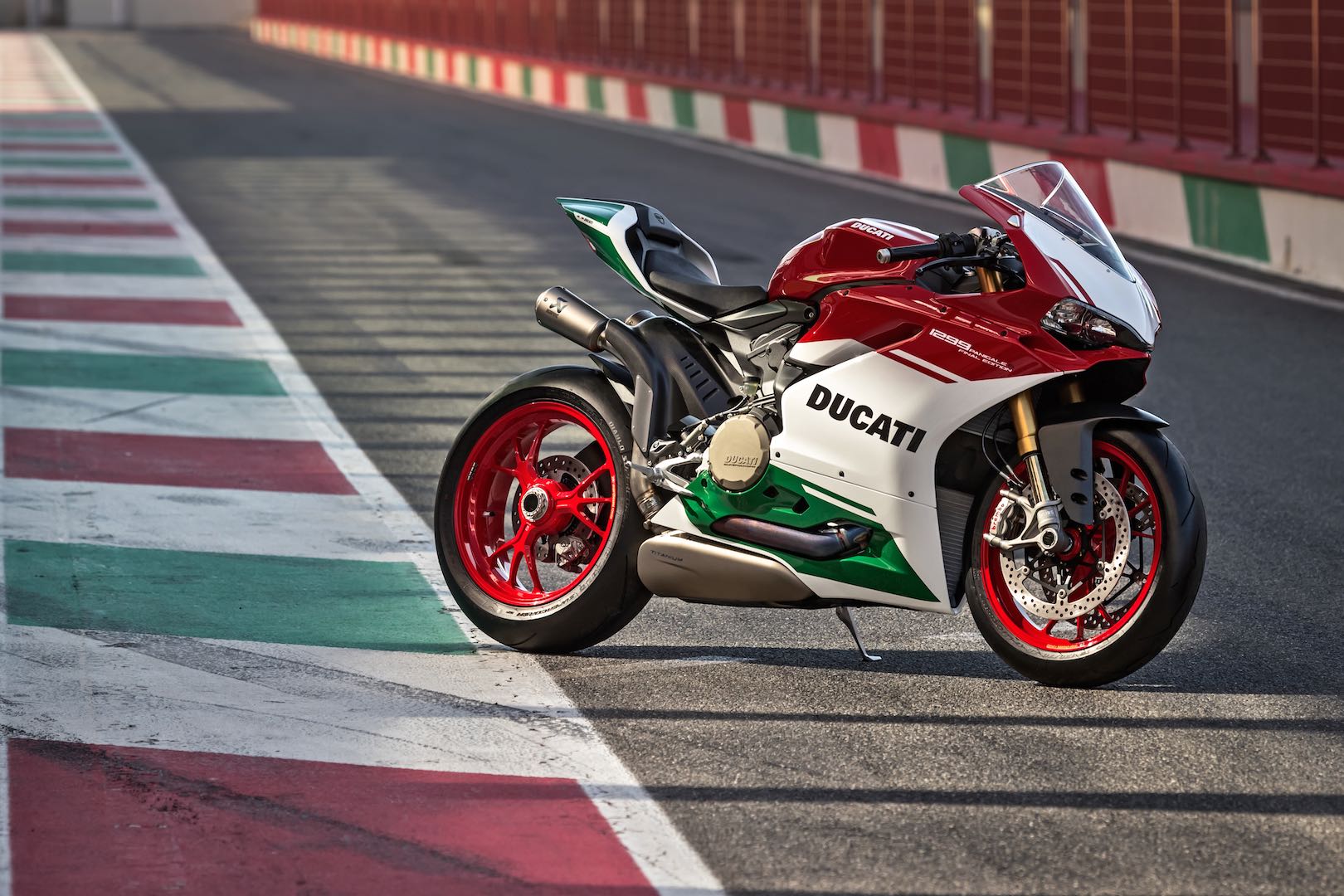 Ducati offered the ultimate farewell to its V-twin WorldSBK platform Friday evening at Mazda Raceway Laguna Seca, which hosts the eighth round of 2017 World Superbike.Ducati Motor Holding CEO Claudio Domenicalli, along with factory Ducati WorldSBK pilots Chaz Davies and Marco Melandri, unveiled the Ducati 1299 Panigale R Final Edition, a superbike that was teased back in June. 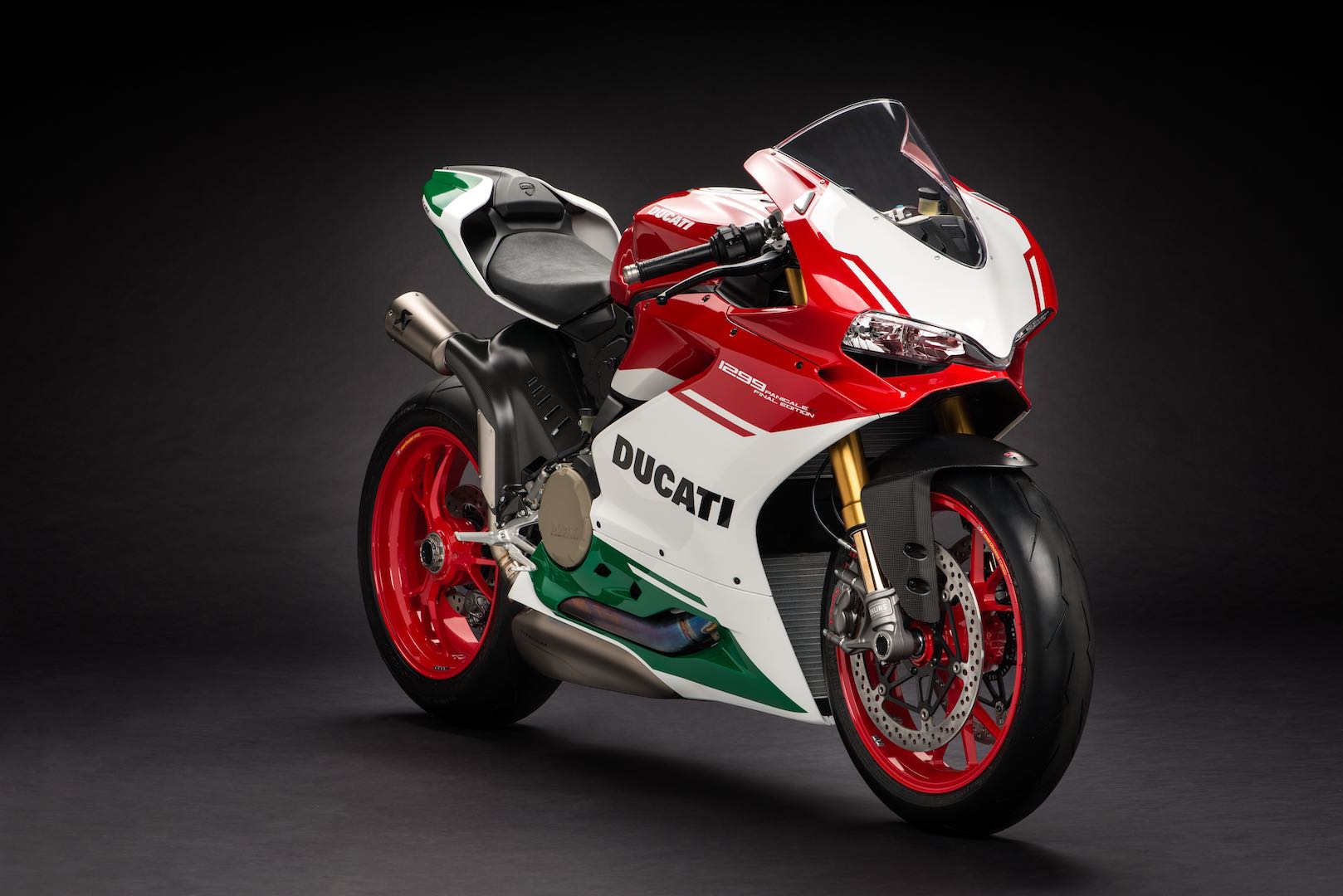 This special-edition Panigale arrives with the same chassis (24-degree rake) and Ohlins suspension setup as the 1199 Panigale R (currently used in WorldSBK), but is powered by the 1299 Superquadro powerplant.The 1299 Panigale R Final Edition’s engine creates 209 horsepower @ 11,000 rpm, and nearly 105 ft/lbs of torque @ 9,000 rpm.Ducati says the engine “features a lighter crankshaft with a larger crank pin and tungsten balancing pads, while the con-rods, like the intake-exhaust valves, are made of titanium. As on Superbike engines, the two 116 mm diameter, pistons have just two segments and slide on steel cylinder liners.” 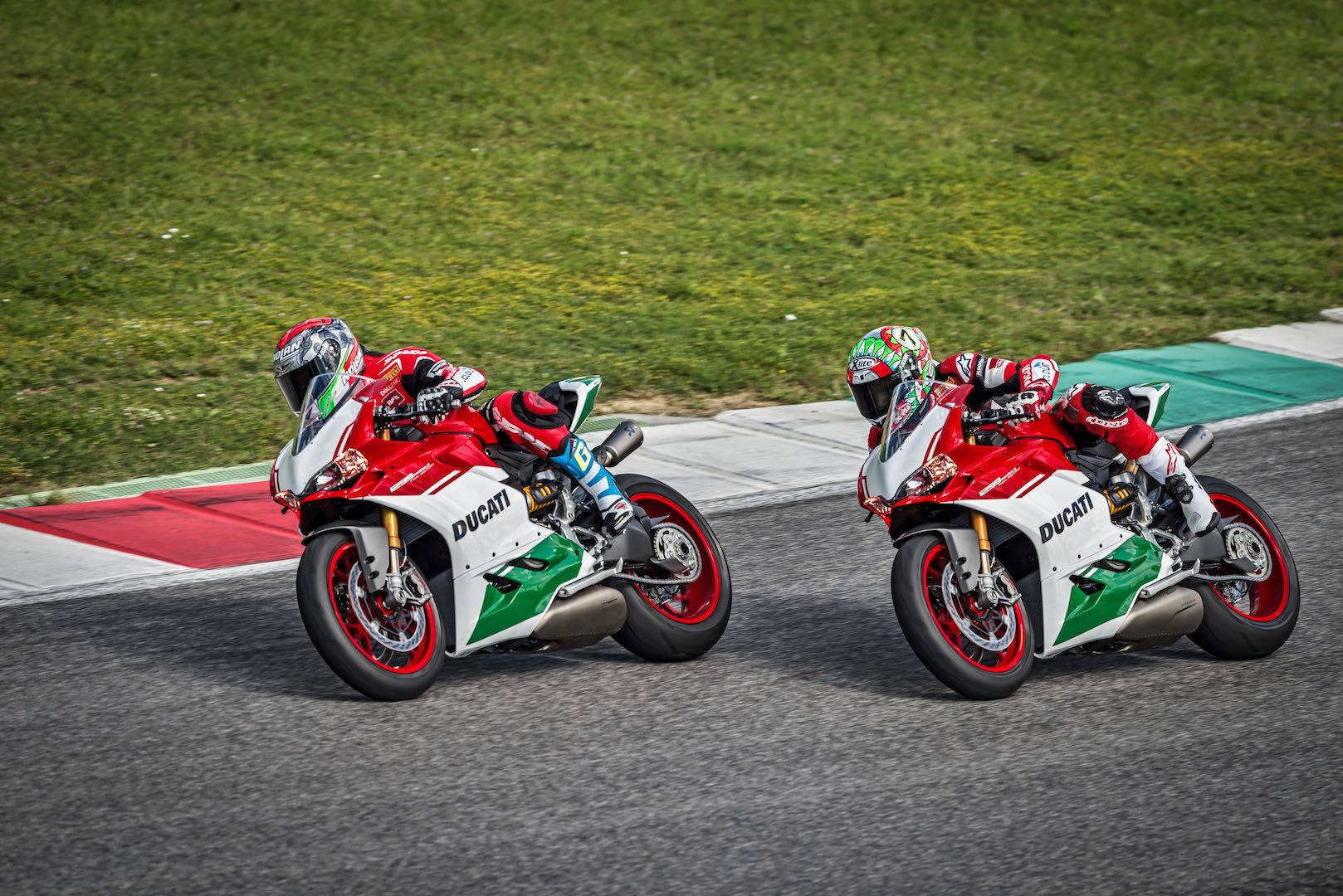 The Panigale R’s monocoque chassis, developed by Ducati Corse, helps the bike achieve dry weight of just 394.6 lbs. Piggybacking off the 1299 Superleggera and Aruba.it Racing Ducati SBK team motorcycles, the 1299 R FE’s Superquadro breaths through dual, all-titanium Akrapovič exhaust with high dual silencer (Euro 4 compliant).The 1299 Panigale R Final Edition arrives with the latest in Ducati electronics that features the Bosch Inertial Measurement Unit (IMU): ABS Cornering, Ducati Wheelie Control EVO (DWC EVO), Ducati Traction Control EVO (DTC EVO) and Engine Brake Control (EBC). These systems have default settings linked to the selected Riding Mode (Race, Sport, and Wet) but can be personalized as desired.Ducati didn’t release a price, but based on UK dealer reports, the 1299 Panigale R Final Edition should sell for around $44,000 stateside.“I’m incredibly proud to present this latest version of our Panigale” Claudio Domenicali said during the Laguna Seca SBK presentation. “Maybe no other motorcycle manufacturer has bound its name so tightly to an engine as Ducati has to its sports twin-cylinder.“Today, we’re here to celebrate its history, just as we stand on the cusp of a new era in which our desmodromic system will be used on a new generation of V4 engines derived from extensive experience in MotoGP, a championship in which our engine has demonstrated outstanding performance. But that’s the future.“Today, we want to pay homage to a twin-cylinder engine that – thanks to incredible torque and compactness – has seen Ducati win races in every SBK championship it has ever participated in. In short, it’s the engine that has written World Superbike history. From Marco Lucchinelli’s first victory on 3rd April 1988 with the 851 at Donington Park (in the first-ever world championship for modified production models) to the stunning 2017 wins by Chaz Davies and Marco Melandri on the Panigale R, Ducati has won no less than 333 races and taken 17 Constructors’ titles and 14 Rider’s titles.”During Laguna Seca World Superbike, Davies and Melandri will play tribute to the 1299 R Final Edition by piloting bikes in the same special livery during both USA SBK races.