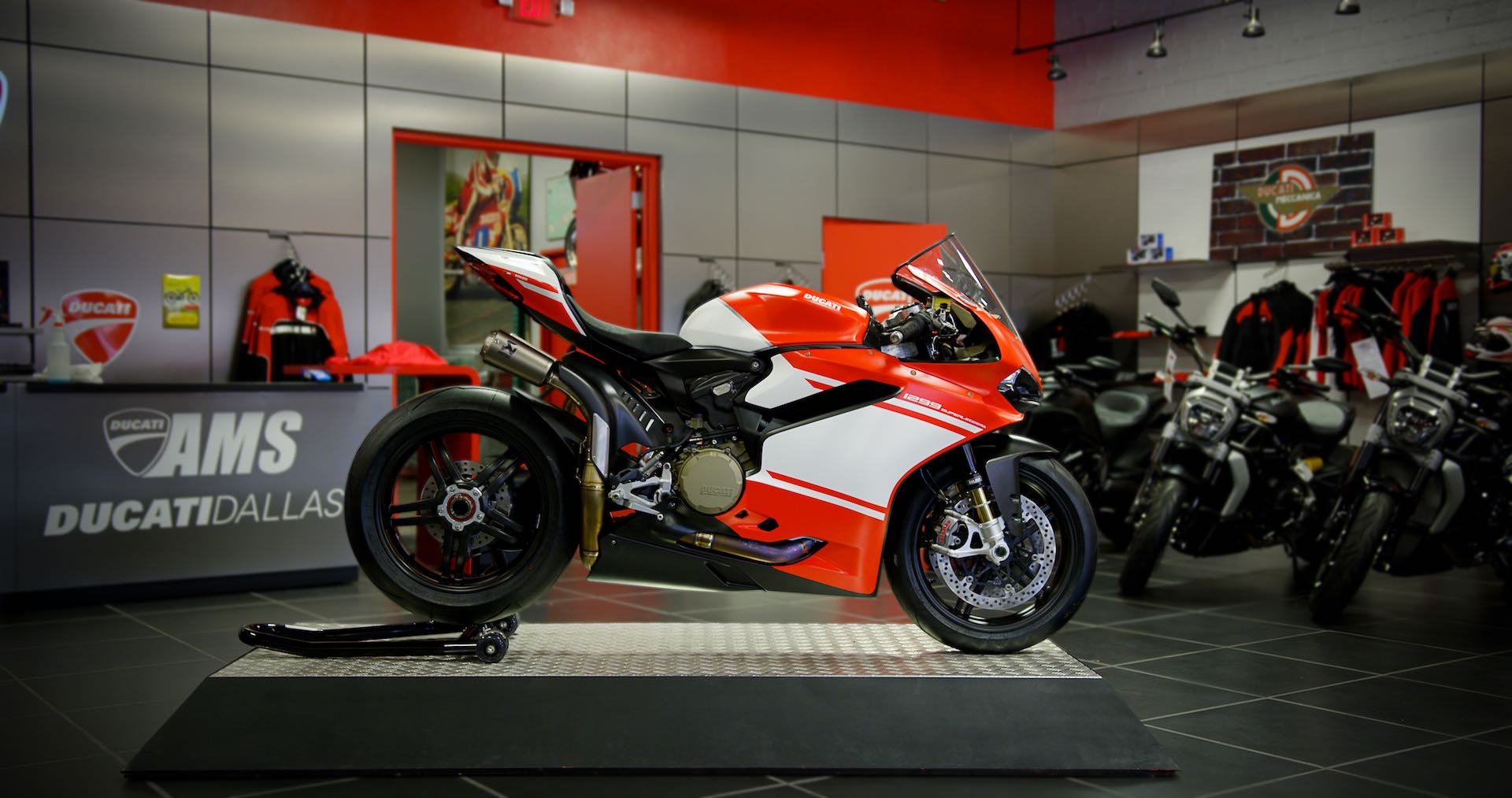 Limited to a production run of 500, the Ducati 1299 Supeleggera is a moto collector’s dream. The Superleggera, which translates from Italian to Super Light, was unveiled at EICMA 2016, and quickly rivaled the Desmosedici RR (2007-2008) in terms of collectability.Seven months later, the first North American model of Ducati’s flagship superbike was presented at a gala event hosted by Advanced Motorsports Ducati Dallas. Presenting the Superleggera, which produces 215 horsepower and weights a mere 368 lbs. wet due to a full carbon-fiber chassis, was Ducati North American CEO Jason Chinnock.The Dallas Ducati dealership was a fitting welcome for the 1299, considering local Ducatisti Michael Nadeau of Dallas purchased it.“Everyone wants to go faster and brake deeper, but you also want the technology to provide you confidence and safety, regardless of the track style or conditions,” said Nadeau. “I exclusively ride Ducatis because they produce motorcycles that allow me to push myself to extremes that I’ve never experienced. You never lose confidence in a Ducati. Having spent countless track hours on the previous Superleggera, I can’t wait to experience the new 1299 Superleggera.”Nadeau is an entrepreneur in Dallas, who founded the successful health management company, Viverae. He owns six Ducati superbikes and frequents the 1.7-mile track at MotorSport Ranch in Cresson, Texas, as well as the Circuit of the Americas in Austin, Texas – home of the only MotoGP championship race in the Unites States, Ducati reports.The Superleggera is the first-ever factory motorcycle equipped with a full carbon-fiber construction, which includes the frame, subframe, swingarm and wheels. This gives the Ducati the power-to-weight ratio of a Formula 1 car. Along with the most powerful factory twin ever produced, the Superleggera has MotoGP-level electronics, including Bosch Cornering ABS, Traction Control, Wheelie Control, Slide Control and a launching system, among others.For more, visit Ducati Superleggera Unveiled.Deliveries of the other North American examples of the 1299 Superleggera will continue throughout 2017.