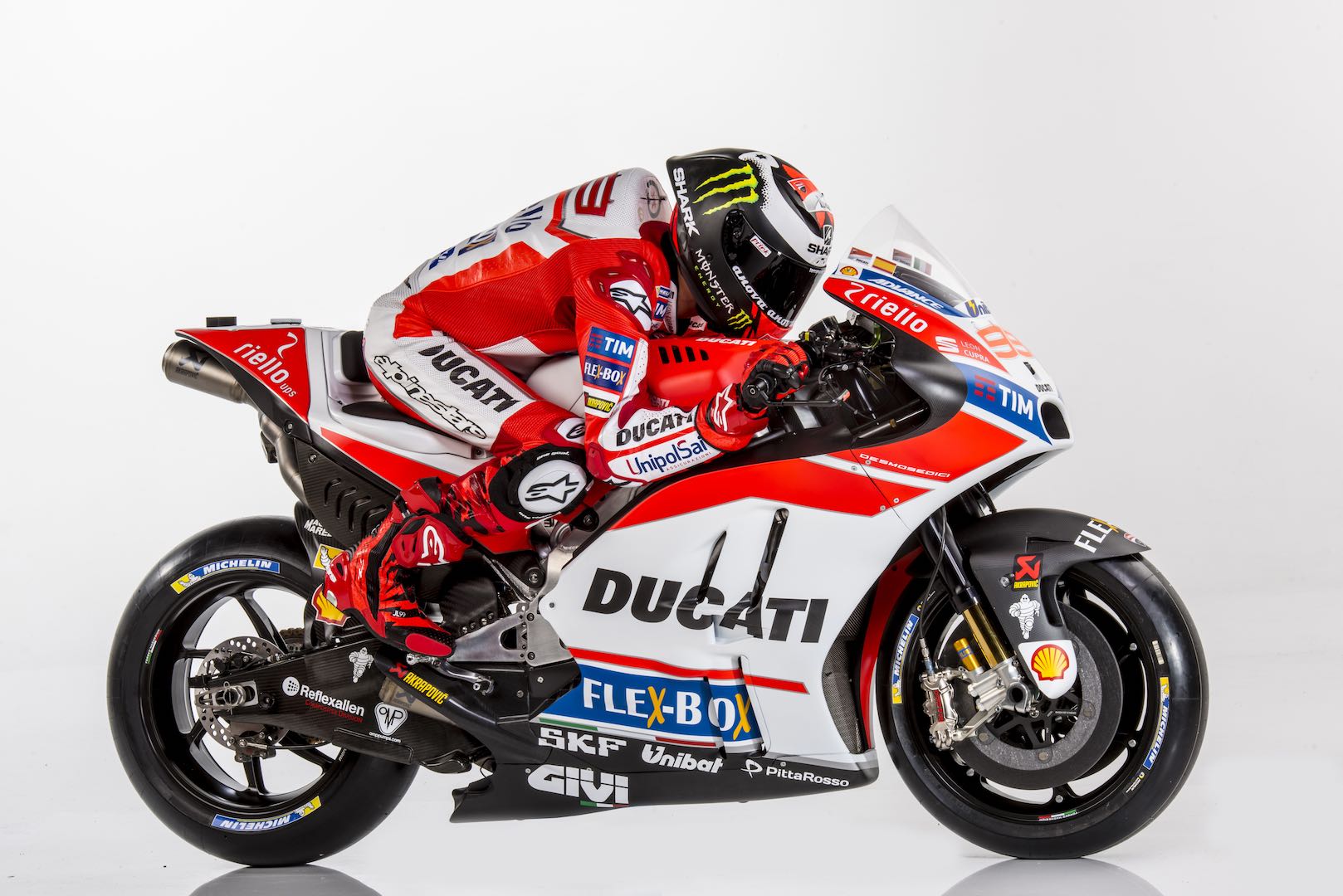 When Grand Prix motorcycle racing allowed the use of four-strokes in the new MotoGP class for 2002, Ducati was quick to respond. That year during the Italian Grand Prix at Mugello, the Borgo Panigale-based manufacturer unveiled its Desmosedici that Loris Capirossi and Troy Bayliss would compete aboard in 2003 MotoGP.

Fresh to MotoGP, Ducati had its struggles, but progress scaled in 2006 when Capirossi finished third overall. The next year, though, was when Ducati truly progressed. With Casey Stoner at the controls of the GP7, Ducati achieved 10 of 18 race wins, and claimed its first-ever title.

But that was it; the struggles returned. Ducati tried all it could, even hiring nine-time World Champion Valentino Rossi to the team in 2011/2012. Progress was minimal as the factory Yamaha YZR-M1 and Honda RC213V prototypes dominated, and Ducati went winless since 2010.

That changed at 2016 Austria MotoGP when Andrea Iannone awarded Ducati its first MotoGP win since Stoner’s victory at Phillip Island in 2010. Ducati’s other factory rider in 2016 Andrea Dovizioso, also took a win at Sepang.

This evidence is there, and the Ducati Desmosedici became a real contender once again. The next step? Hire some serious talent, and that’s what Ducati did with the signing of MotoGP Champion Jorge Lorenzo, the most-successful Spanish GP rider in history (two 250cc and three MotoGP titles).

Following nine years with Yamaha, Lorenzo signed with Ducati Team, and joins Dovizioso. Lorenzo will compete on the revised Ducati GP17 as he looks to claim his fourth MotoGP title, and a second one for Ducati.

The first preseason MotoGP test of 2017 is set to begin January 30 in Sepang; until then, here’s a photo gallery of Lorenzo  and the GP17, along with some backstage video of the official MotoGP photo shoot and the team presentation.

0
The new top-spec 2020 Triumph Thruxton RS is the latest addition to the British marque’s storied line, which also includes the standard Thruxton and...
Read more
News

0
For the 2020, McGuinness, who has 47 podiums at the IOM TT, will pilot Ninja ZX-10RR machinery in the RST Superbike, RL360 Superstock and Senior TT Races.
Read more
Electric Motorcycles