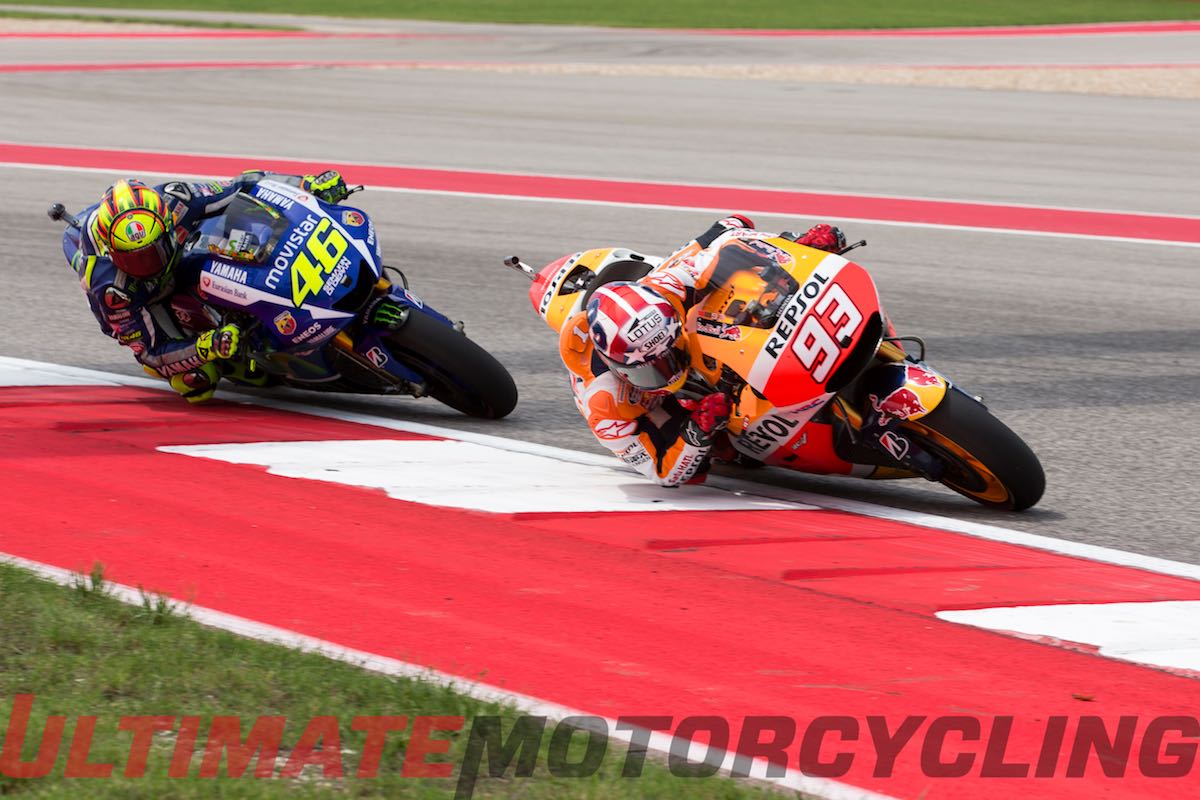 For the third-straight season, MotoGP visited Texas’ demanding Circuit of the Americas. The 3.427-mile circuit contains 20 corners – many blind – and huge elevation changes such as the 133-feet ascent to the turn-one hairpin, which is roughly half the size of COTA’s beautiful observation tower.One man has dominated at COTA since the track’s inception on Grand Prix racing in 2013 – Repsol Honda’s Marc Marquez. The 22-year-old Spaniard has won all three races from the pole, and currently holds three of four circuit records – Fastest Lap, Circuit Record and Best Pole.As for the Top Speed, this record was held by Marquez until this season; Repsol Honda Dani Pedrosa’s substitute rider, Hiroshi Aoyama, set a new top speed of 213.8 mph.Marquez was expected to be quick at COTA for round two, especially after his finish at the season opener in Qatar. There, Marquez ran wide in turn one, and fell back to last place. Regardless, he battled his way to fifth, showing the young Spaniard’s talent.Marquez was joined on the COTA MotoGP podium by Ducati Team’s Andrea Dovizioso and the man who won the season opener, Movistar Yamaha MotoGP’s Valentino Rossi.Ultimate MotorCycling contributor Ara Ashjian was at COTA, shooting the first of two rounds held stateside. Attached below is a photo gallery of his work, which – of course – includes grid girls.2015 Circuit of the Americas MotoGP Photo Gallery: