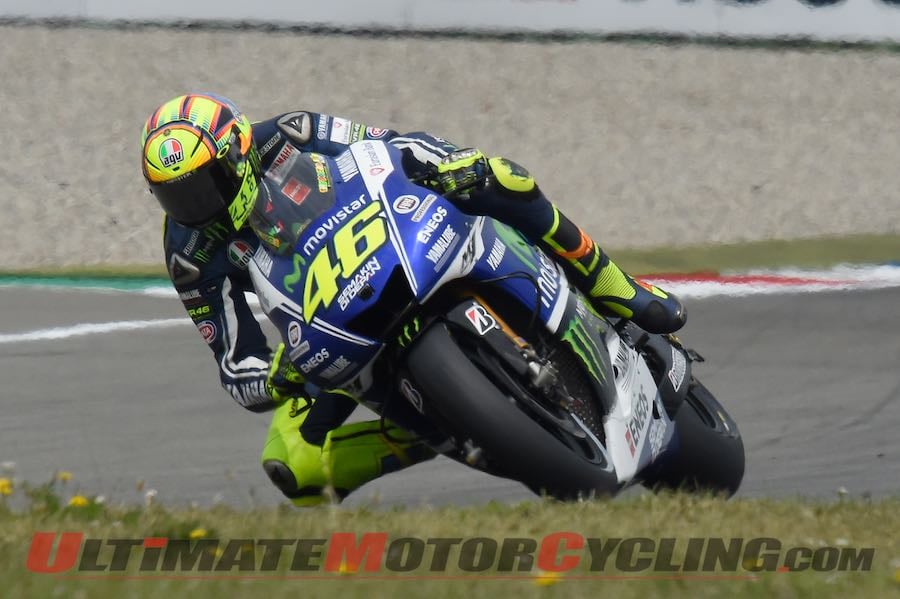 Following two sour years with Ducati, nine-time World Champion Valentino Rossi returned in 2013 to the factory Yamaha squad.The 35-year-old Italian was no stranger to Yamaha, already achieving four premier-class titles on YZR-M1 machinery. That first year back with factory Yamaha MotoGP, Rossi took a win at Assen – his first since the 2010 Malaysian Grand Prix.And last season, Rossi looked even more familiar to his status; the teammate of two-time MotoGP Champion Jorge Lorenzo finished on the podium 13 times, including wins in San Marino and Phillip Island. Throughout 2014, Rossi was the eventual champion Marc Marquez’s main rival, and he finished runner-up – 67 points behind.Two-time MotoGP Champion Marquez and Rossi brought intense battling between the Honda RC213V and Yamaha YZR-M1 prototypes, and that rivalry is expected to continue in 2015, which gets underway March 29 in Qatar.Ahead of first official tests slated for February 4-7 in Sepang, Rossi spoke of his expectations and challenges in 2015 MotoGP during a Q&A with Dorna:Q. So Valentino what are your expectations for 2015?Valentino Rossi: “The 2014 season was very important to understand my level of competitiveness after so many years in the MotoGP World Championship. We did good races and eventually I ended up right behind Marquez in the overall standing, so I have every reason to be happy about my performances last year.“That is past, anyway, and now I want more. I am fully focused on a good start of the new season and I want to be immediately competitive. My team worked extremely hard last year and there was a great atmosphere in the garage. Silvano is now in his second year with me and now he has all the information he needs to allow me to go even faster at every track. I too am feeling well so there are all conditions for an exciting season. I guess we will see the same four riders fighting for the championship. It’s going to be a good fight.”Q. Considering your results last year, is the tenth title your target this season?Valentino Rossi: “I will just be focused on delivering my best, on winning as many races as I can. So… yes, I am also thinking to my tenth title. My first thought, however, goes to my M1. I want to ride it again as soon as possible!”Q. Are you happy with Yamaha’s work throughout the winter?Valentino Rossi: “I will ride the new bike for the first time in Sepang, so I can’t say at this moment. I know everyone working on Yamaha’s MotoGP project has worked very hard especially to make the bike better and faster. The test in Valencia last year gave us a lot of interesting information and I look forward to seeing if the direction we decided to take at that time will pay us back. I think in Sepang we’ll have many things to test. I am really excited to ride the new bike! I can’t wait for it!”Q. Do you think that you and Jorge, when you are each in your best shape, can beat Marquez?Valentino Rossi: “Last year Marquez started the season in a perfect way. On the contrary, both Jorge and I were not at our 100 percent. Silvano had just joined my team as Crew Chief and I had to understand a few things.“Jorge too was not in a perfect shape. Both of us, however, ended the season on a high and I am sure both of us will start the new season with a great desire to win. We will have to do a good job during the tests.”