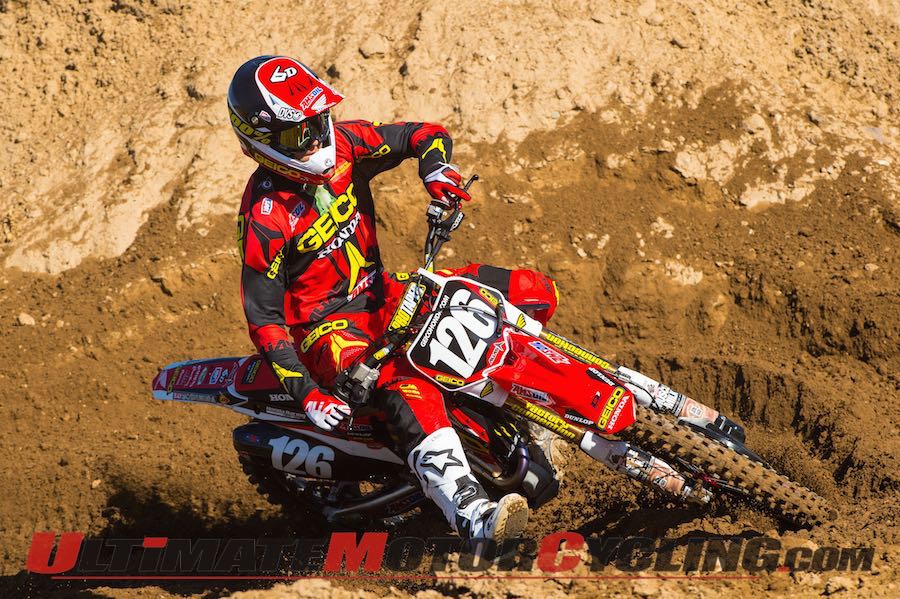 Jordan Smith NewsEntering his rookie season with the GEICO Honda team, 250 rider Jordon Smith will make his start in the AMSOIL Arenacross circuit this weekend in Cincinnati.“I’m pumped to be back out on the gate,” Smith said. “Plus, this is the first time in a long time that I am 100 percent healthy. I’m really excited and I think it should be a good weekend.”Starting in 2014, a new rule was implemented that required rookie riders who wished to obtain their 250 Monster Energy Supercross license to complete the Ricky Carmichael Road to Success program, which involves riders qualifying for three night programs at a minimum of three different events on the AMSOIL Arenacross schedule. Smith hopes to obtain his Supercross license in time to compete in the 2015 East Supercross Series.“My path to Supercross is my ultimate goal,” Smith said. “That’s what I’ve been focusing on with all my training, but I think that running in the Arenacross races will help with my experience. Hopefully, I can learn something there that I can carry over to Supercross.”Competing alongside other riders looking to obtain their Supercross license as well, Smith knows that the intensity will be ramped up at the first Arenacross race.“For sure this first Arenacross is going to have a lot of bar-breaking,” Smith said. “There’s going to be a lot of good guys, including a lot of amateurs, doing the same thing I’m doing. It should make it really interesting.“I’m ready to go out there, show my speed, and hopefully win. I’m not exactly sure what to expect of who all will be there, but it should be a good race no matter what.”Delayed coverage of the AMSOIL Arenacross season opener in Cincinnati starts at 1 p.m. ET on FOX Sports 1.