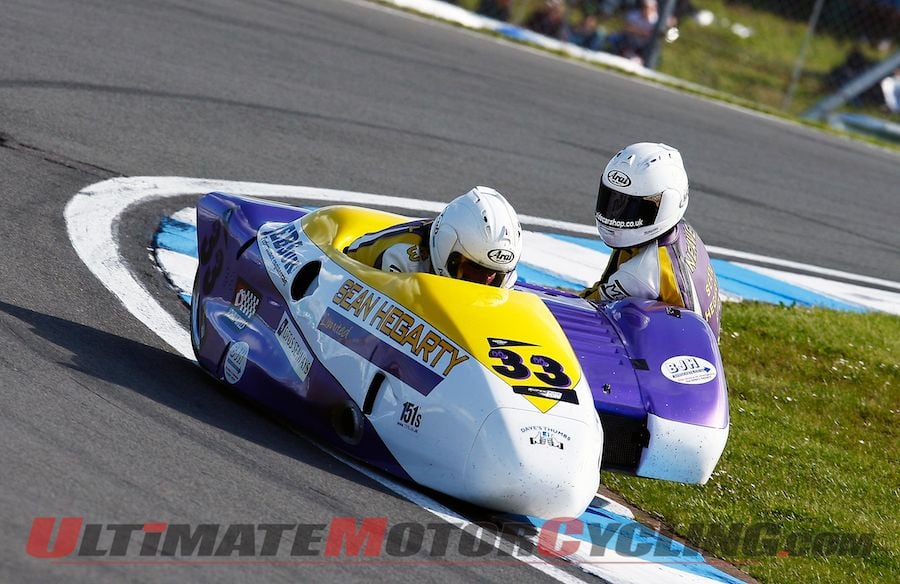 2015 TT Sidecar NewsNick Crowe of NCR and his longterm sponsor Dave Hudspeth of Dave Hudspeth Carpets, have signed a deal for their 2015 Isle of Man TT Races fueled by Monster Energy campaign.The two-year deal includes current Eastern Airways F1 Sidecar Champions Sean Hegarty and James Neave as Driver and Passenger to the team.The team will be running a 675 Triumph in the all-new HC Race developments chassis. Not only are they bringing another manufacturer into the growing Sidecar paddock but this will be slotted into a new brand of sidecar that is being developed by Nick himself, and built by ex.F1 guru Phil Wall who is also based on the Isle of Man. Mal Curnin of Yorkshire Engine Supplies has pledged his support to the quest, and joins the Team as one of the main sponsors.Sean has not competed on the Isle for the last 19 years so both he and passenger James are looking to spend as much time as their 2015 race schedule allows ahead of the 2015 meeting doing ‘the laps’ of the Mountain circuit, under the expert guidance of lap record holder Nick Crowe. With the deal confirmed, the team will look to be ready for testing and shaking the bike down early in the New Year before the main event.“British Champions on a Manx chassis built with the input of the current TT lap record holder, then put a British Engine in the mix and you get,…Awesome – both for the TT and even more so for the Sidecar class, Nick Crowe says.“This year will be all about stretching theirs and the bikes legs, so the pressure is clearly off the pairing. The team would be over the moon with if they can secure a top ten finish in the first year. Sean will be more than happy with that as, in 1996, despite running in a strong 6th as a newcomer, he is yet to see the checkered flag as mechanical failure resulted in DNF’s in both races that year.”