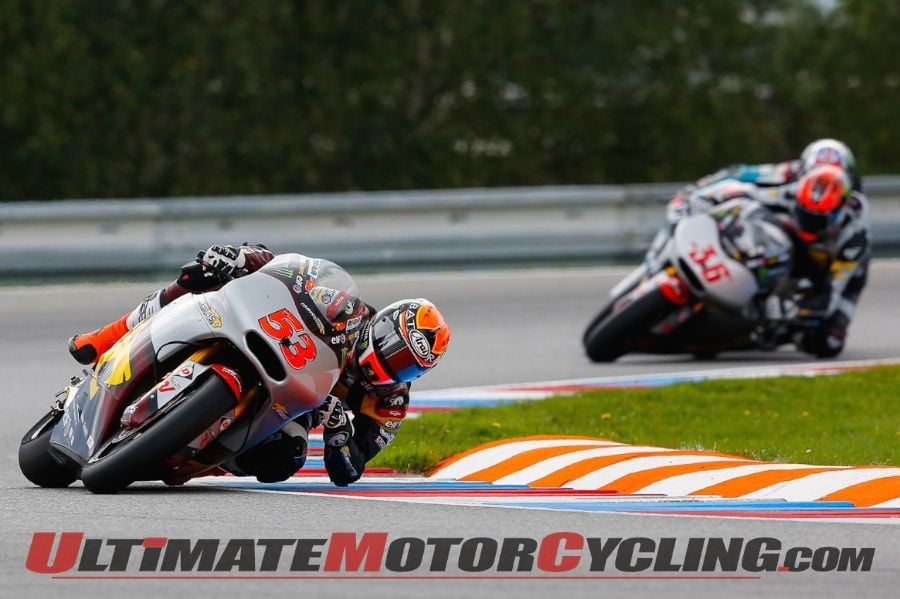 2014 Motegi Moto2 Preview — Rabat’s lead over Kallio larger, but not insurmountable going into Motul GP of JapanAs the 2014 Moto2 Championship heads to the Twin Ring Motegi circuit in Japan for round 15, Esteve Rabat (SPA) and Mika Kallio (FIN) (both Marc VDS Racing Team) are the leaders in the points race.Thanks to his second-place finish at Aragon two weeks ago, Rabat has 278 points, 33 ahead of Kallio, who finished seventh in Spain.Kallio has three victories this yea, and  must top the podium in some of the four remaining rounds if he is gain ground on Rabat in the title hunt. Heading into Aragon, Kallio had finished on the podium in each of the five previous events.Third in the standings with 204 points is Maverick Viñales (Paginas Amarillas HP 40), who rode to victory at Aragon; an achievement that has secured the Rookie of the Year award for him. In addition, a 2015 MotoGP ride with Suzuki has been secured. Aragon was the 19-year old’s 14th Grand Prix victory.Dominique Aegerter (Technomag carXpert), Thomas Luthi (Interwetten Sitag) and Johann Zarco (AirAsia Caterham) have the potential to be on the podium at Motegi, whereas Simone Corsi (NGM Forward Racing) will not return to competition before Valencia due to injury.Corsi had a fracture to his left forearm suffered at Silverstone surgically repaired and won’t be ready to return to competition. He will again be substituted for at the next three rounds by the 21 year-old French rider Florian Marino.Tomoyoshi Koyama also gets a substitute ride in Japan as he steps in for Tetsuta Nagashima (Teluru Team JiR Webike) who likewise is still injured.2014 Moto2 Point Standings: