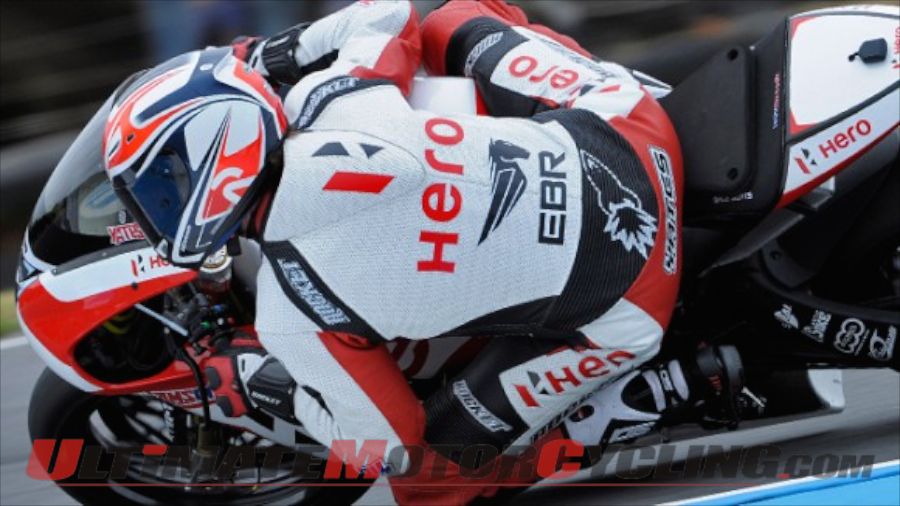 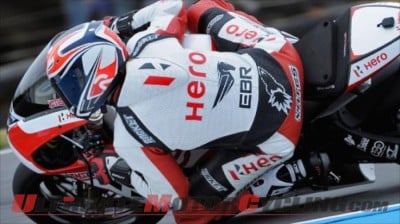 2014 Erik Buell Racing World SuperbikeAhead of this weekend’s round 2 of the 2014 World Superbike Championship at Aragon, the Hero EBR team wrapped up successful testing of the 1190 RX.The Erik Buell Racing team tested at Spain’s Alcarras circuit with its riders Aaron Yates and Geoff May, the latter returning following a broken collarbone sustained at the opening WSBK round at Phillip island.The two-day test allowed the Hero EBR team to work on new technical solutions, along with trying a new fork, gearing and some new electronics. Overall the two days was hailed a success as it gave the team a clear direction ahead of Aragon World Superbike.Geoff May (Hero EBR 1190 RX) says: “This test was positive. The new forks and new electronic setup will help us to be more competitive in the races at Aragon. Aragon MotorLand is a fast track and I have never raced there but I am confident we will make a step forward compared to Phillip Island.”Aaron Yates (Hero EBR 1190 RX: “We tested a lot of different solutions, some that were positive and were a step forward. It was a good test and it helped us to know which direction to move. I am really looking forward to racing in Aragon.”At Phillip Island World Superbike, Yates took 17th and 20th. As for May, he suffered a DNS due to breaking his collarbone in free practice. May will make his World SBK race debut this week at Aragon.