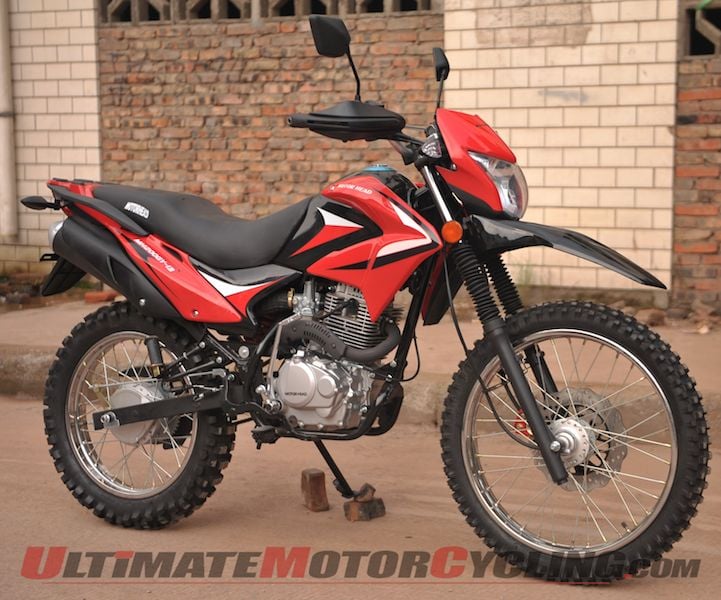 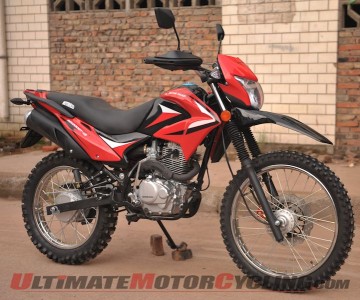 Chinese Motorcycle Industry NewsTwo-thousand thirteen was heavily earmarked as the year that would predict the future trends of the Chinese motorcycle industry.Predictably (due to the ongoing ban on traditionally fueled 2-wheelers in Chinese urban centers) the overall motorcycle output, and sales decreased year on year by 3.12 percent and 2.56 percent to 22,891,700 and 23,045,000 units respectively although the more lucrative export market grew with a year-on-year increase of 2.6 percent in 2013 to 9,168,100 units. This accounted for 39.75 percent of total motorcycle sales from China.This figure (induced by greater concentration on foreign markets) is a new record for the Chinese industry with the export percentage of some enterprises (mainly in Chongqing) reaching up to 70 percent, the majority of enterprises exporting medium- and low-end motorcycles, leveraging high cost-effectiveness to compete in foreign markets.Currently, most of China’s medium- and low-end motorcycles are exported to Asia, Africa, and Latin America at an average price of RMB 3218 (USD 532.92) per unit with cost-effectiveness providing the only real competitiveness of the products.According to statistics provided by Chinese Customs, China had exported 9,128,400 motorcycles totaling RMB 4,865 million at an average price of USD 532.92 to 198 countries and regions during the first 11 months of 2013. Export to Asia, Africa, and Latin America accounted for 87.57 percent of the total export volume, with Myanmar, Nigeria, Argentina, Venezuela, Philippines, Togo, Mexico, Russia, Angola, and Columbia topping the export destination list. A total of 4,639,600 motorcycles were exported to these top 10 countries, accounting for 50.83 percent of total export. , Motorcycle engine export saw an an increase of 0.87 percent to 26,191,300 units.Asia, Africa, and South America are still experiencing great potential demands for motorcycles at present and Chinese motorcycle companies have a long-term and stable market presence in these regions. However, competition is getting tougher due to the sales increases of Indian and Japanese motorcycles on traditional Chinese markets.From January to November, China imported 3728 motorcycles at an average price of USD 9408.21; these consisted of brands such as Harley Davidson, BMW, KYMCO, SYM, Ducati, and MV Agusta. The import volume mainly consisted of high-end motorcycles, with 66.04% of those imported being 800cc displacement or larger, causing a great average price gap between exported and imported motorcycles.China’s domestic motorcycle sales reached a high of around 19,000,000 units in 2009 and then suffered gradual decreases for 4 consecutive years. In 2013, the market decreased by 5.73 percent from 2012 to 13,880,000 units, 26.94 percent less than 2009.Domestic sales decreased due to ban on motorcycles in urban centers, the national economic transformation and the rural market downturn. In Chinese rural areas, motorcycles are used for a variety of purposes, including personal transportation, passenger vehicles, and cargo transportation. Improved living standard in these areas in recent years has led to the replacement of motorcycles with mini-cars and e-bikes, with motorcycles reverting to their original purposes of personal transportation and recreation.To meet these market changes, less standard and cub motorcycles for personal transportation have been produced and have been replaced by well-built, sturdy scooters. Statistics showed that well-built scooters had a market share of 19.7 percent in 2013. Over 30 percent of new models launched by motorcycle enterprises for the domestic market were scooters and more market shares for scooters are expected in 2014.250 cc or larger displacement motorcycles for recreational purposes witnessed a great sales increase in 2013. The total market volume had been expanding after experiencing greater model diversity annually. Output and sales increased by 7.70 percent and 9.03 percent year on year, to 789,900 and 791,700 units respectively in 2013. Manufactures are rushing to launch new models to cater to the steadily growing market demands for ‘larger’ engine recreational motorcycles.Demands for motorcycles with 400cc or larger displacement increased sharply in 2013, resulting in a sales increase of 56 percent to 8774 units although this still only occupied less than 1 percent of the total market.In China, Qjiang (Benelli) BJ600GS, Loncin LX650, and CFMOTO 650 were the major players in this category with nearly 50% of the total market share going to the BJ600GS. Over 4000 BJ600GS motorcycles were sold in 2013, according to Li Qi, manager of the Guangdong region for Qianjiang (owners of Benelli). This great sales gap is expected to be narrowed when products like the Kawasaki Ninja and the Honda CB300 are introduced to the Chinese market in 2014.Mainly targeting rural markets, three-wheel motorcycles (tuc tucs) have experienced rapid sales growth in recent years. Their output and sales increased by 4.78 percent and 5.22 percent year-on-year to 2,424,200 and 2,434,900 units respectively in 2013.In 2013, 29 motorcycle manufacturers suffered from financial deficits, a decrease of 3 manufactures compared with figures declared in 2012.The total revenue of the Chinese motorcycle industry increased by 3.24% year on year to RMB 112,621 million; including a year-on-year profit increase of 20.24 percent to RMB 3,322 million. This profit increase was mainly attributed to technical improvement and higher added value on motorcycles despite of the sales volume decreases suffered during industrial transformation in recent years.Forecast for 2014From 2010 to 2012, the production of the top 15 motorcycle enterprises in China accounted for 67 percent of the industrial total. This figure reached 71% in 2013 leading to suggestions that the long predicted ‘cull’ of smaller and less innovative motorcycle manufacturing companies is finally underway. During 2013, more innovative new models were developed utilizing high technology while product similarity and duplication decreased rapidly shepherding in a Renaissance in the industry.CAAM predict that 2014 will continue to be a year of industrial upgrading and product portfolio adjustment. It is estimated that the domestic market will experience little fluctuation and total sales will reach about 13 million units (provided that the economic condition and policies do not change greatly).Meanwhile, export is expected to increase to around 11 million units with “new wave” higher quality Chinese machines finally breaking in to hitherto weak western markets with the USA a primary target.