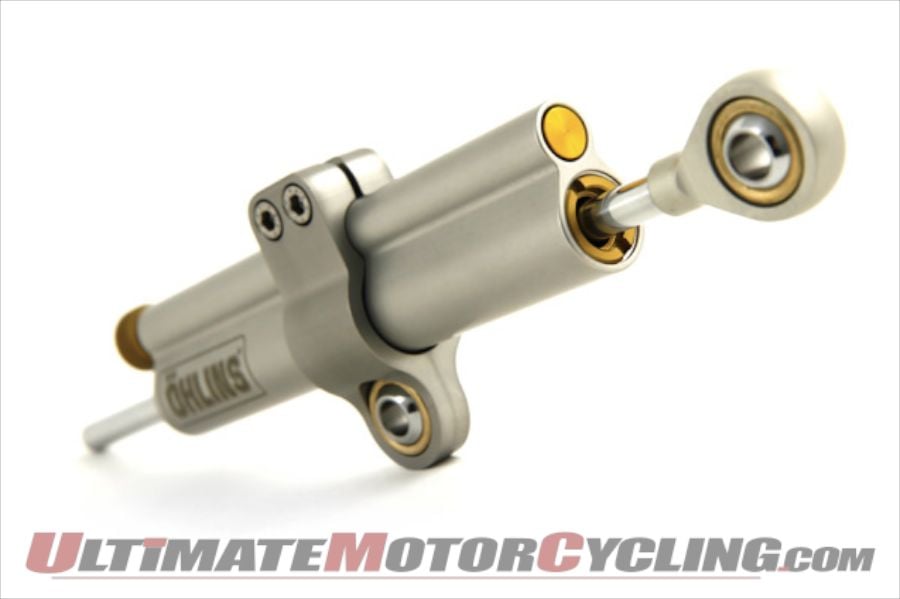 Ohlins Steering-Damper Bracket RecalledÖhlins Racing AB has discovered that the safety issue of the possibility of cracks occurring in the brackets of the aftermarket steering damper kits affects more model numbers than originally listed in the previous recall notice for BMW steering damper kits SD 033, SD 037 and SD 038, issued in June 2013.The cause of this expanded recall is material that was machined in an unfavorable direction, in combination with probable material defect, causing the aluminum alloy to be sensitive to stress-corrosion cracking. This recall is valid for the additional steering damper kits listed below, that were produced from September 2008 until October 2013.The issue does not exist on steering damper kits currently being produced. Seven known cases have been discovered so far, and as a result of this Öhlins Racing AB has decided to recall all steering damper brackets of specific batches. There is a risk that the bracket will fail, allowing it to slide on the cylinder body of the damper, resulting in less steering angle in one direction, or possibly asymmetric damping. Either of these events are cause for concern.Customers with a steering damper listed below, need to contact their dealer, or Öhlins USA. A page is available on the website, where the specific batch numbers of the affected damper brackets are listed. Any questions can be answered by using the contact information provided on that page. New brackets will be made available to dealers for replacement with a preliminary starting date in November, 2013. Please remove the recalled steering damper before using the motorcycle!We apologize for this manufacturing issue. Safety is of the highest importance to Öhlins Racing AB and its affiliates. Customers will receive a replacement bracket without charge or shipping costs.Recalled Steering Damper Part numbers (Only batches of these part numbers, as listed on ohlinsusa.com are affected): SD000, SD001, SD002, SD003, SD004, SD005, SD020, SD027, SD031, SD041, SD120, SD124, SD137, SD154, SD170, SD178, SD180, SD182, SD183, SD197, SD215.