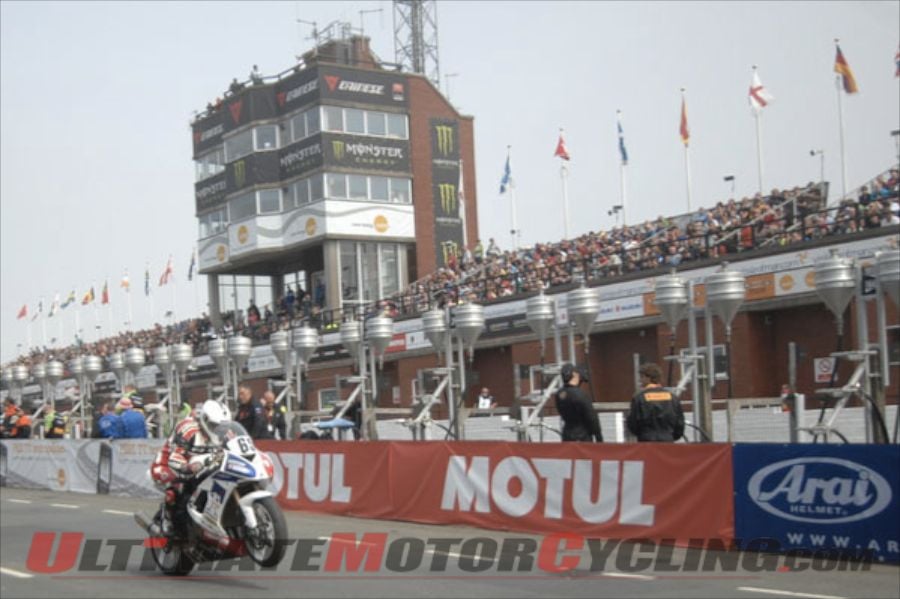 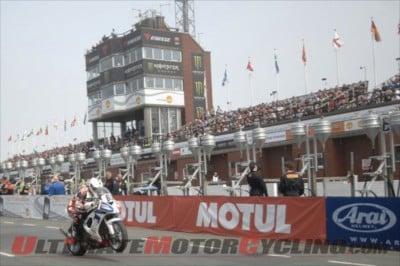 2013 Isle of Man TTWith just over 100 days to go to the 2013 Isle of Man TT Races fueled by Monster Energy, demand for VIP Hospitality experiences and Grandstand tickets has reached unprecedented levels.The 1000 seat Glencrutchery Road Grandstand posted sold out notices for all four race days in July of last year and tickets for the official “Fanzones” around the course at the CregNy Baa (400 seats), Ballacrye (200 seats), Crosby Jump (200 seats), and the viewing platform at Rhencullen (100 persons capacity), are all now also seeing limited availability on several days. The Glencrutchery Road Grandstand has also sold all the available tickets for the final qualifying session.Tickets for the traditional Senior Race Day Isle of Man bank holiday have always been in demand and they are also selling well for the other three race days. Due to demand, the TT organisers are now adding another 280 seat Fanzone Grandstand to be situated at the end of the competitors return road in Nobles Park, with fantastic views along Glencrutchery Road.The new Grandstand will open in time for the final two qualifying sessions on Thursday 30th and Friday the 31st May, with the Creg Ny Baa also opening two days earlier than originally advertised. Tickets for the new Grandstand will go on sale on Monday 18th February 2013.The Isle of Man Government Department of Economic of Development has also upgraded its official VIP Hospitality offering for 2013 introducing a new 500 capacity luxury unit for this year’s TT Races and the inaugural Classic TT, which forms part of the Isle of Man Festival of Motorcycling later on this year. The brand new, facility features a magnificent glass-fronted structure offering fantastic views of the riders as they finish.Interest in TT VIP Hospitality experiences has been considerable, and despite the 65% increase in capacity for 2013, Senior Race Day is sold out with the Wednesday Race Day packages also close to a sellout. Packages for the Saturday and Monday Race Days are also selling quickly.The new unit will play host to a number of additional events during this year’s TT and Classic TT Races including the TT Preview Night on Friday 31st May and the MotoGP Mad Sunday Lunch on Sunday 2nd June. Former World Superbike Champion Neil Hodgson is hosting both events with only a limited number of tickets still remaining.Tickets are also selling well for the newly formed Isle of Man Festival of Motorcycling which takes place in August 2013, with the two Classic TT Race Days already seeing significant interest in both Grandstand seats and VIP Hospitality packages. The venue will also feature a Classic TT themed party on Saturday 24th August and a TT Heroes Dinner on Sunday 25th August during the Classic TT weekend.Fans can also get exclusive behind the scenes access to the press launch on 9th and 10th April and the Final Qualifying session on Friday 31st May at the TT itself. Both packages include exclusive opportunities to meet and interview the riders as they prepare for the World’s biggest road racing event.To reserve your tickets today visit iomtt.com or alternatively contact Regency Travel on 01624 694456 or Duke Marketing on 01624 640000.