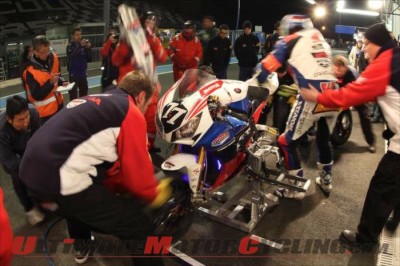 “TT Legends” Documentary TrailerGaucho Productions, a UK producer, will be launching a new documentary titled “TT Legends.”The eight-part series follows the Honda TT Legends team during its 2012 campaign in the FIM World Endurance Championship, the Isle of Man TT and Northwest 200 races.“TT Legends” will be shown on ITV4 during prime-time TV in the UK starting this month. Unfortunately, the documentary won’t be carried by any stateside television station.“TT Legends” not only shows the Honda TT Legends aboard the CBR1000RR Fireblade, but also documents many behind-the-scenes moments of 19-time Isle of Man TT winner John McGuinness, Cameron Donald and Simon Andrews .Speaking of the series, Gaucho says viewers will meet the families and friends who must cope with the stress of watching them race, and witness the tears, tantrums and triumphs from an epic seasonDuncan Rycroft (Gaucho Production’s Executive Producer) says: “The TT Legends have a fascinating story to tell and we’re delighted to have brought it to life. Our crews have traveled everywhere with them, from bullet trains in Japan to Cameron’s makeshift motorhome in Northern Ireland.“This series is an extraordinary tale of human will and endeavor played out at 200mph. ITV4 is a natural home for it and we’re thrilled to be working with them.”John Claridge (ITV4 Head of Program Strategy) say: “ITV4 has achieved great success with its coverage of the Isle of Man TT. The TT Legends series complements it beautifully.“We’re delighted to work with Gaucho Productions on a series that offering a fascinating insight into the riders and their lives. ITV4 has a rich heritage of producing exciting sports documentaries and this is no exception.”Attached above is the “TT Legends” documentary trailer.