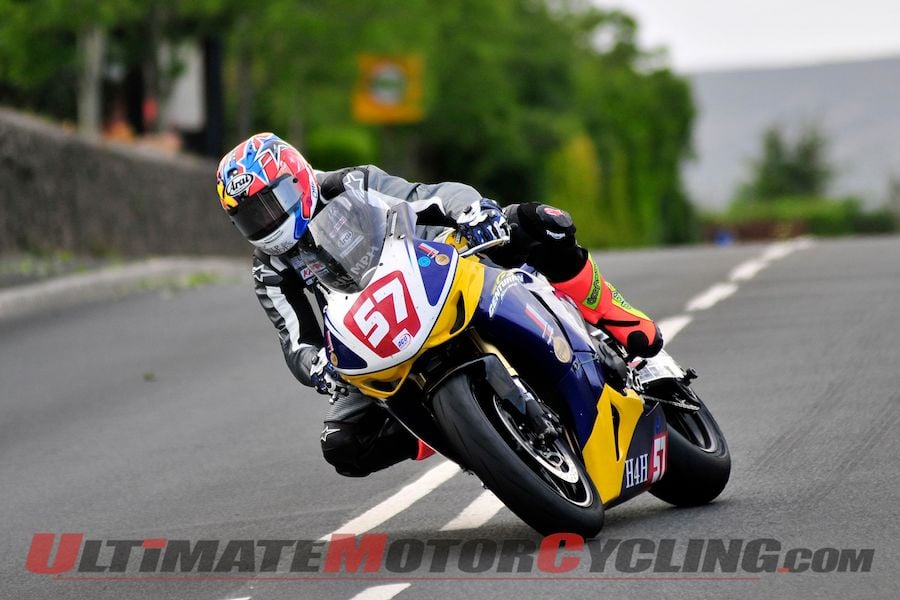 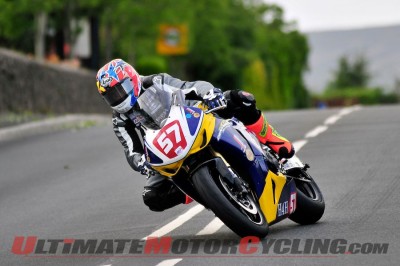 2013 Isle of Man TTRising road race star Dan Cooper will once again team up with Cornwall-based Centurion Racing for the 2013 Isle of Man TT Races fueled by Monster Energy.Cooper, from Stroud in Gloucestershire, followed up his four bronze replicas on his TT debut in 2011 with another strong performance in the 2012 meeting as he picked up three bronze and a silver replica. Dan also clinched the runner up spot in the Privateer’s Championship and the prestigious Joe Craig Trophy, awarded to the British rider with the best performance on a British machine.The South West based team will be returning to tackle all six main solo races with a Honda Fireblade for the Superbike and Senior TTs as well as a production version for the Superstock TT, both Supersport Races aboard a 675cc Triumph and a 650cc Kawasaki for the new Lightweight class.On his 1000cc debut in 2011, the former British 125GP champion recorded an amazing lap of 122.583mph in the Senior TT en route to 24th place but really shot to prominence in 2012 when he recorded a 19th place in the Superbike TT to up his best lap to 123.654mph on a Honda Fireblade.A 24th place in the Superstock TT on the Honda lapping at 122.623mph was followed up by two amazing rides aboard the 675cc Triumph in the Supersport races, claiming 11th overall at 120.634mph in the first race before a best lap of 121.674mph saw him claim a fantastic top ten finish in the second Supersport and with it his first coveted silver replica.Paul Rees (Team Principal) says: “Dan has always impressed me ever since he first joined Centurion for the British Supersport series. He has a good riding style that combines smoothness and aggression and this is a good combination for the TT. This year at the TT will only be the third year for Dan and the team and we are aiming to improve on the results from last year where Dan succeeded in getting his first silver replica trophy.“For 2013, we have all the team attire, bikes and the race truck in new livery with H4H (Help for Heroes) logos so are very proud to ‘fly the flag’ for them at the Isle of Man TT again this year.”Dan Cooper says: “I’m really looking forward to racing on the roads again next year. I just can’t wait to get started. The team is pushing the boat out for me this year and we are entering six races at the TT, which means it’s going to be a busy fortnight. The team has built a new Superbike for me which means I’ll be on slicks for the first time and I’m also hoping to improve on my top ten in the Supersport race.”By IOMTT