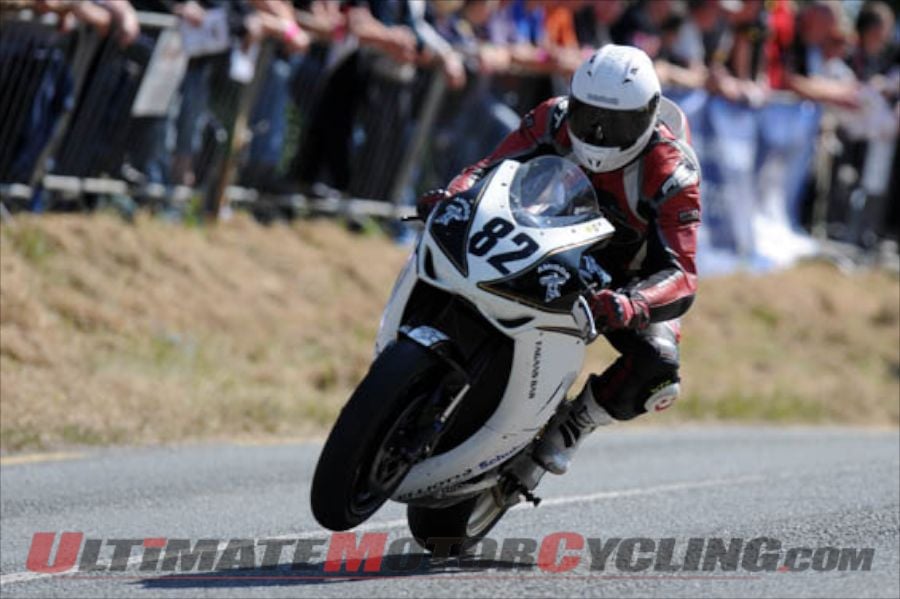 2013 Isle of Man TTFormer Irish Superbike Champion Derek Sheils has confirmed he will be competing at the 2013 Isle of Man TT Races, fuelled by Monster Energy.The talented Dublin man will contest the Dainese Superbike, Royal London 360◦ Superstock and Pokerstars Senior Races on a 1000cc ZX-10R Kawasaki for the well-established CD Racing team.It will be a much-anticipated first appearance at the TT for the 30-year old although he does have previous experience of the Mountain Course, having competed in the 2009 Manx Grand Prix Newcomers Race on a standard spec 675cc Triumph. Despite the inclement conditions, he lapped at over 112mph on his way to a second place finish.Irish Superbike Champion in 2004, Sheils’ career has gone from strength to strength since he’s focussed on the roads and he will arrive on the Island as one of Ireland’s leading road racers. For the last three seasons, he has consistently finished in the top five of the Irish National road races, both North and South of the border, regularly battling with the riders of the calibre of Ryan Farquhar, Michael and William Dunlop and Adrian Archibald.Highlights have included a Superbike win at the Skerries 100 and podiums at the Tandragee 100, Mid Antrim 150, Bush, Walderstown, Munster and Killalane and his consistency has been rewarded in the Irish Road Race Championships, finishing second overall in both the 2011 Superbike and Supersport series and third in 2012. He has also been a front runner at Oliver’s Mount, Scarborough with a host of leader board positions including podium spots at both the Cock o’ the North and Ian Watson Trophy meetings.In addition, Sheils has also lapped the Dundrod circuit at close to 127mph and his appearance adds further spice to what promises to be a superb entry list, giving the throng of Irish fans yet another rider to get their weight behind.Paul Phillips (TT and Motorsport Manager, Isle of Man Government) says: “Derek is a rider we have wanted to add to the TT entry list for some considerable time. He has consistently shown his road racing pedigree over the last few years in Ireland and I am sure the fans will eagerly anticipate his TT debut.“He has the talent to be a great TT rider and by teaming up with the CD Racing team, a team that has achieved so much road racing success, he is giving himself every chance of fulfilling his potential.”