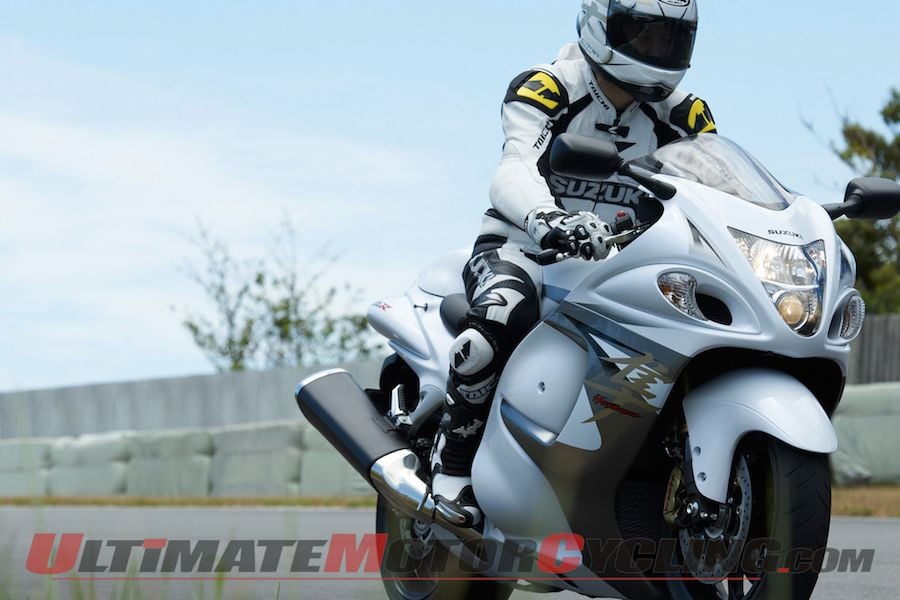 2013 Suzuki GSX1300R HayabusaWhen the Suzuki GSX1300R Hayabusa was released back in 1999, it quickly become the top player in the hypersport genre.Suzuki’s Hayabusa was a direct assault on Honda’s former CBR1100XX Blackbird, and in its first year, it took the top-speed record for fastest production sportbike (188 mph). But soon the “Gentlemen’s Agreement” was in place between European and Japanese motorcycle manufacturers, agreeing to electronically cap the top speed of bikes at 186 mph.But the hypersport battles continued between the “Busa,” the Blackbird and Kawasaki’s ZX-12R and newer ZX-14R. The Blackbird’s last year was in 2007, leaving the hypersport battle between only bikes today – the 1340cc Hayabusa and the ZX-14R.Suzuki’s Hayabusa remained relatively unchanged until some styling and engine tweaks in 2008. And for 2013, Suzuki the bike returns as a carryover, but with ABS and and Brembo Monobloc calipers; this will be the first bike in Suzuki’s sportbike lineup to feature ABS.Attached above is Suzuki’s official commercial for the 2013 GSX1300R Hayabusa. For a preview, click here.