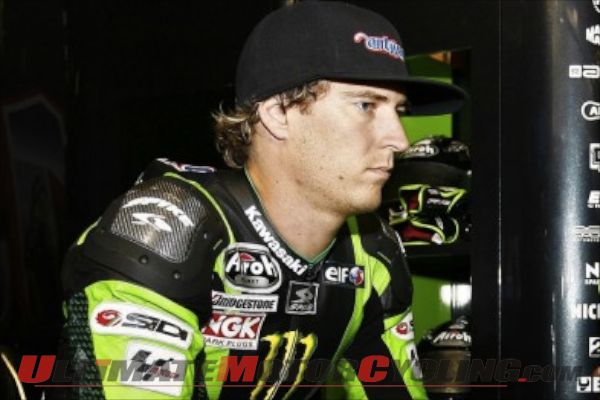 2012 MotoGP CRTFormer MotoGP pilot Anthony West will return to the premier-class grid in 2012, the Australian riding for Speed Master as a Claiming Rule Team.With the Speed Master entry, there are now 14 official entries on the 2012 MotoGP grid, which includes three CRTs, and 11 prototypes.Each “CRT” will be a privateer entry that will be allowed to have certain flexibility in fuel-tank capacity and engines, making them competitive to run with the prototypes; all motorcycles will have a capacity of 1000cc.Speed Master, which will again field a Moto2 bike with Andrea Iannone, will compete with West aboard an Aprilia.West has much experience across many classes; as for MotoGP, he competed aboard a Honda 500cc in 2001, and then rode for Kawasaki in 2007 and 2008. West, 30, has raced in Moto2 for the past two season with Team MZ.He had also competed in the former 250cc Class aboard an Aprilia from 2003-2007, and had a win in 2003.These CRTs were added to boost grid numbers in 2012 MotoGP. So far there are 14 official entries for 2012 MotoGP, which includes three CRT entries – Speed Master (Aprilia), Gresini/FTR (Honda) and Forward Racing (BMW) with Colin Edwards.As for the entries in 2012 MotoGP, here’s what’s official as of Nov. 16, 2011:MotoGP Prototypes:MotoGP CRT Entries: