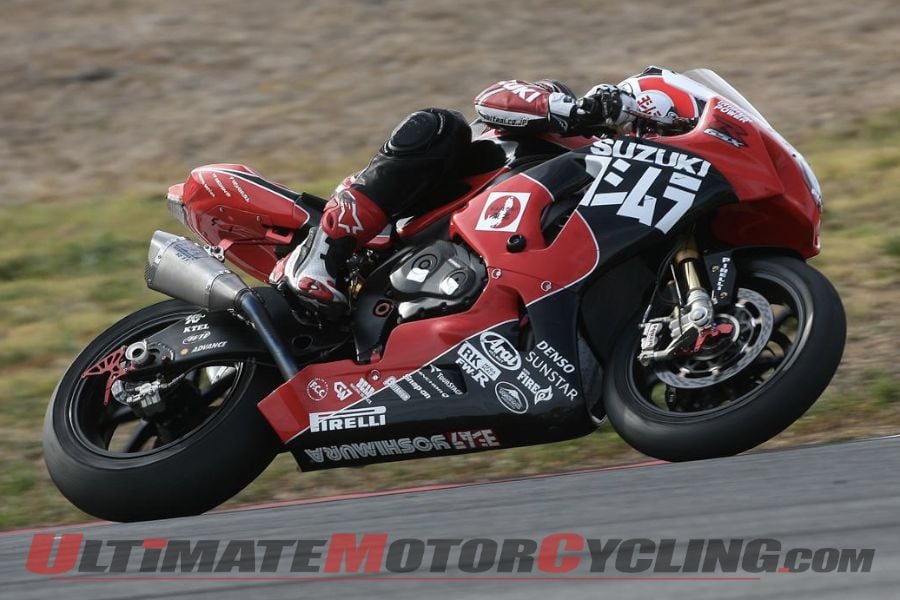 2012 World SuperbikeIn mid-October, Crescent Suzuki announced that it would enter the 2012 World Superbike Championship.Two weeks later, the team signed former Alitalia Aprilia rider Leon Camier. And on Wednesday, Crescent Suzuki made one more huge announcement – it will collaborate with Yoshimura, which will build, supply and develop engines for the Suzuki GSX-R1000.The “Crescent Suzuki SBK – powered by Yoshimura team” is currently working hard to develop a competitive machine for the 2012 World Superbike Championship. Suzuki reports that much progress has already been made regarding engine development.The team will begin testing later this month with Camier; as for the Brit’s teammate, he will be announced soon, as will further sponsorship and partner agreements.Fujio Yoshimura (Owner, Yoshimura Japan) says: “We at Yoshimura greatly appreciate this collaboration and it will be our highest priority. Thanks to Paul and Crescent Suzuki for trusting our engine tuning capabilities and our passion towards competing at the front of the 2012 WSBK Championship Series.“We believe Crescent Suzuki has a record of structuring the best racing team in the BSB championship series, with very dedicated technical and supportive team members presenting the most competitive machinery and riders at all races. We hope that the partnership between Yoshimura and Crescent Suzuki will be the most perfectly matched racing team on the WSBK circuits!”Paul Denning (Crescent Suzuki Team Principal) says: “When Fujio and Yohei came to see me at the Japanese Grand Prix to discuss this partnership, it was clear that their passion and enthusiasm to work with Crescent Suzuki on the global stage was genuine and something they felt strongly about. For us as a team it is a significant level of assistance and a substantial boost to our performance potential.“The Yoshimura company was built on engineering the best possible performance from engines and exhaust systems, and that principle has never changed. It is also very pleasing that the whole attitude to the project is of open communication and using the best combination of Yoshimura’s own concepts and ideas and those which already exist in the Crescent developed engine.“Yoshimura is a global household name in the motorcycle industry and we are very proud that they have shown such trust in the Crescent Suzuki World Superbike team to partner us so closely, and for us to uphold their honour on the world stage.”Jack Valentine (Team Manager) says: “I’m very excited with the ‘Powered by Yoshimura’ partnership for next year and after spending time with Fujio, Yohei and the Yoshimura team both in Portimao and at the Crescent workshops, I can see they share the same passion and vision as our team. With that in mind it should make for a formidable partnership in SBK 2012.”Yoshimura has an enviable record in the world of motorcycle racing and tuning. The company was started in 1954 by Hideo ‘Pops’ Yoshimura in Japan, followed by the opening of a tuning shop in North Hollywood, America in 1971.The work ethic and dedication installed into the company from day one by Pops still holds strong today and has seen Yoshimura have success in MotoGP, WSB and many national championships as well as in the world of motocross and supercross racing.Pops passed away in 1995, but his legacy will live forever in the history of motorcycle competition and it is that spirit and drive that Crescent Suzuki will now be a part of for its attack on the World Superbike series next year, which begins at Phillip Island Feb. 26.